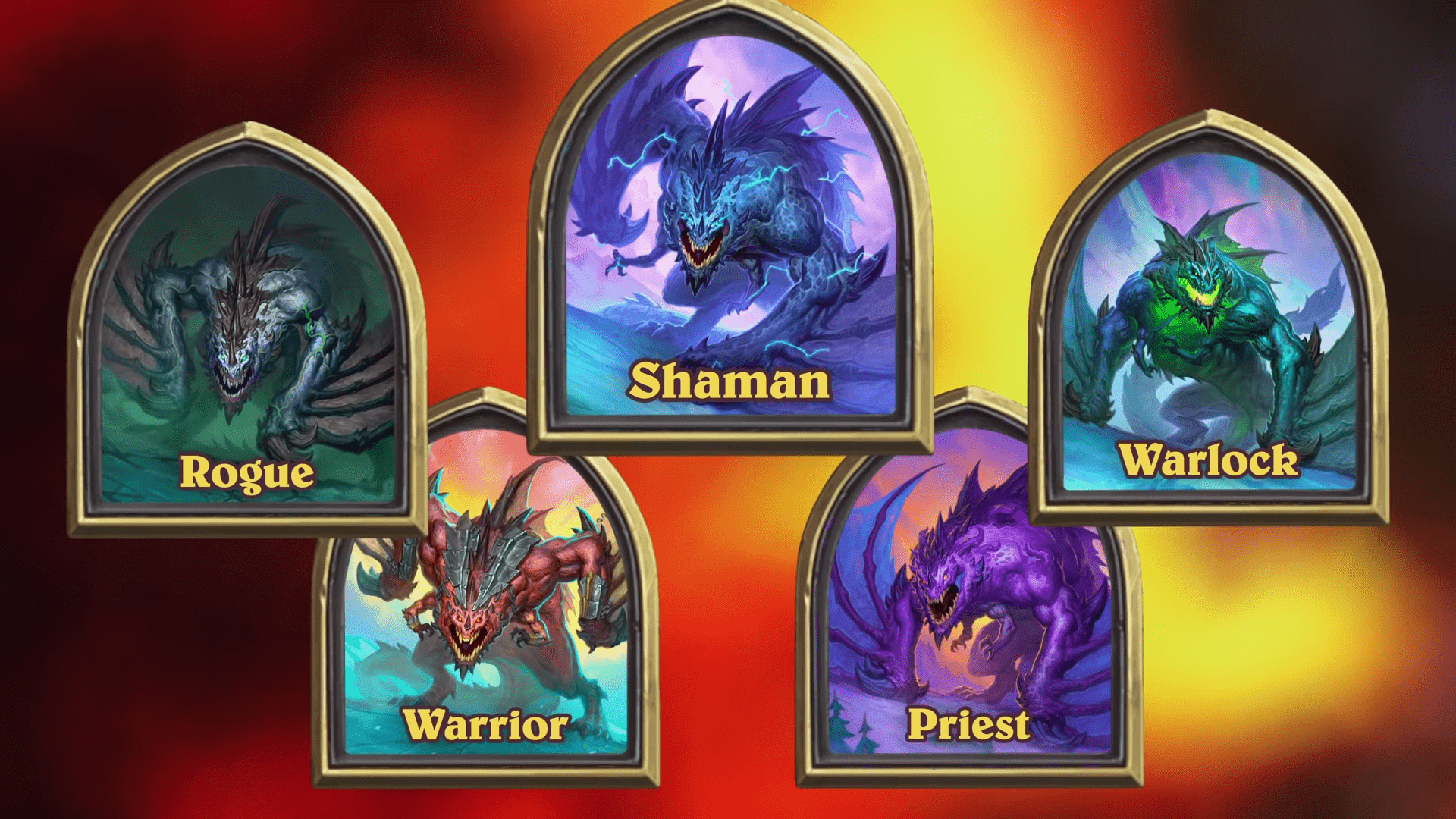 The prior record for the fastest balance changes in a new card set was back in Rastakhan’s Rumble with 15 days. The past expansion nerfs aimed at the druid’s Wild Growth and Nourish, as well as card changes for Odd Paladin, Shudderwock decks, and Wild’s Kingsbane. Today, Blizzard Entertainment announces a new balance changes record of just ten days after a new set aimed at toning down Shaman decks.

The 16.0.5 balance update will be going live tomorrow! See our post for the full list of included changes. https://t.co/qfTzkNtprB

Memed in the past few days as ShamanStone, Galakrond, the Tempest has been terrorizing the ladder with its overpowered constituents. According to HSReplay’s 890,000 game data, Shaman is sitting comfortably at a 54.1% win rate and 40.9% popularity. Rogue seconds as the most popular class at only 16%. Pro players and the Hearthstone community as a whole have been dreading for a change since Descent of Dragons’ release.

On the official Blizzard blue post, the card game’s community manager, Kurt Ocher, posted the proposed nerfs mainly to Shaman. Corrupt Elementalist, a 3/3 minion with a Battlecry that Invokes Galakrond twice, is up to six mana from five. The favored neutral card Faceless Corruptor now has 4 Attack from five.

Since Shaman has access to 0 mana Mutate, Mogu Fleshshaper has been a problematic card for Blizzard with its ability to cheat out eight cost cards in the early game. It is now getting a nerf to nine mana from its usual seven. However, some Hearthstone pro players have pointed out that this is not much of a nerf but can be considered a buff. Fleshshaper’s purpose will remain unchanged: play it, clear a minion with its rush, and then Mutate. At nine mana, though, once evolved, it can yield a ten mana minion. One minion that the community suggested is Colossus of the Moon, a ten mana 10/10 with Divine Shield and Reborn mechanics.

The blue post says, “we’ll be evaluating the results of these changes over the coming weeks and look forward to your feedback!” Players can disenchant the affected cards in the next two weeks for their full Arcane Dust value.

If you are sick of the constructed gameplay, perhaps you fancy a Battlegrounds match. When you do queue up tomorrow, though, beware of these changes.

The ever so important Nightmare Amalgam is taking a break from the Battlegrounds. A lot of the times, the eight players are racing to who gets the All kind of minions first so that they can buff it with the other cards. Along with Amalgam, Brann Bronzebeard is also getting removed from the pool of heroes. Brann’s dominant early game hero power makes him a go-to choice for those aiming at least a top-four finish. He has a passive named Battle Brand that buffs a random friendly minion +1/+1 after you play a Battlecry.

Murloc compositions might see less play in the Battlegrounds as well. Coldlight Seer is now Tavern Tier 3 from Tier 2, while Primalfin Lookout is moved to Tier 5 from 4. Bartendotron has been added to the heroes in place of Brann.

The Boogeymonster, Mechano-egg, and The Beast are now one Tavern Tier lower than before.

ReadySet Heroes Now Has A Survival Mode And New Multiplayer Options, Free Update For All Owners Of The Game

Jul 4, 2022 Tom Lee 480
MMORPG.com: With the Dragon Hunt system, it senses like you're putting up players so they can easily fight the dragons attacking Faerûn. How do you...