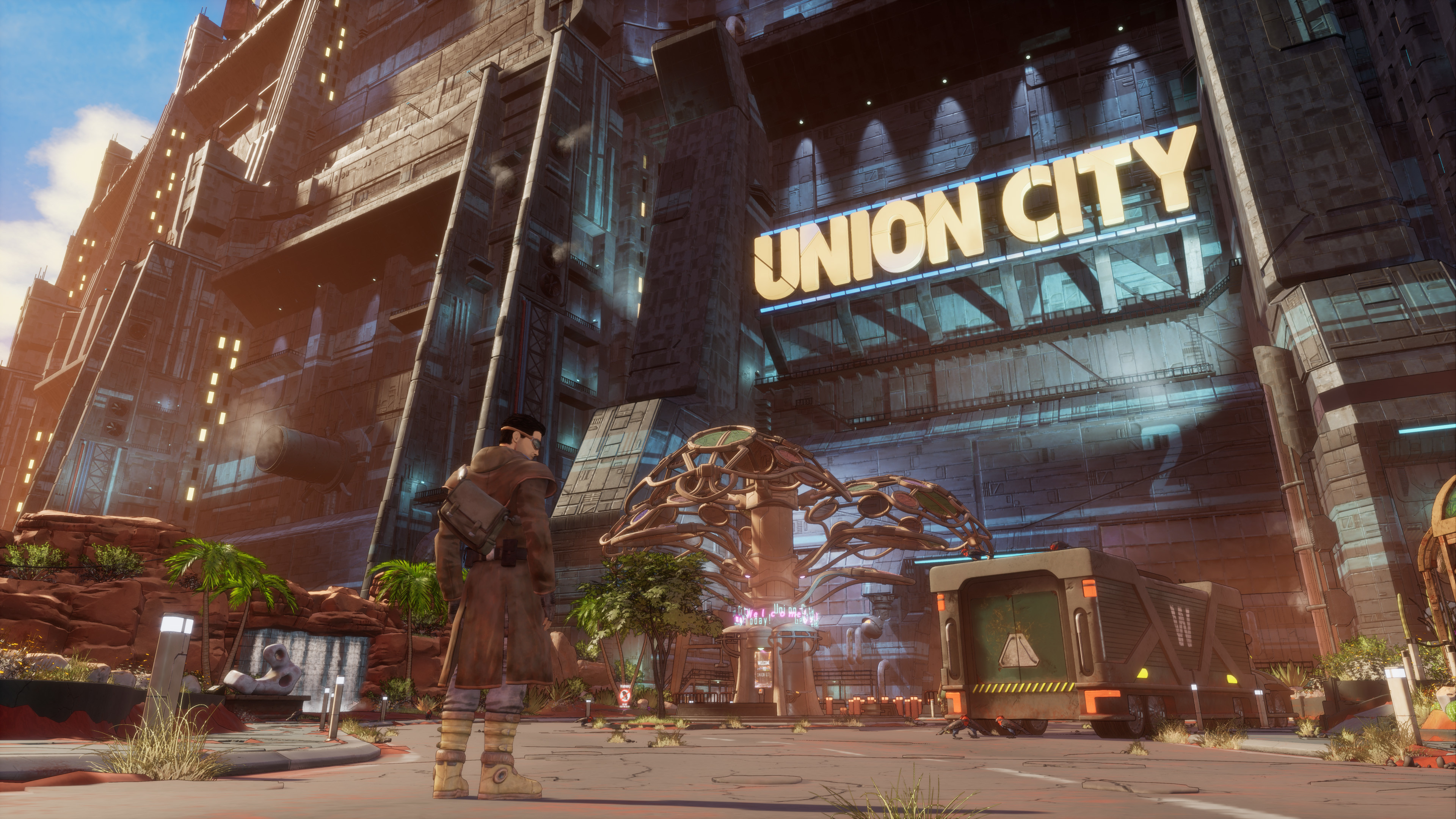 Beneath a Steel Sky was a point-and-click cyberpunk adventure released by Revolution Software way back in 1994. Protagonist Robert Foster is kidnapped and dumped in Union City, a dystopian metropolis in which he must discover the secrets of the city and ultimately the who and why behind his abduction.

Over two decades later, Robert Foster is back in Union City, with the same developer, Revolution, once again at the helm. Beyond a Steel Sky is using the same art director, too: Watchmen artist Dave Gibbons. In fact, Revolution is developing a new technology, ToonToy, to create a unique comic book aesthetic inspired by Gibbons’ artwork.

Beyond a Steel Sky was originally slated for release this year but was delayed due to additional work needed on incorporating the developer’s Virtual Theatre system. The Virtual Theatre system actually featured in the game’s predecessor, too. It allowed non-player characters to wander about the world, going about their day-to-day business, but in a time when NPCs generally stood in one spot and did nothing until the player interacted with them.

Revolution is looking to expand on this system in Beyond a Steel Sky, creating a living, breathing world that exists independently from the player character and his actions. The system might not sound too impressive in modern gaming, but in the 1990s it certainly stood out among the pack, giving big-name developers like LucasArts and Sierra a run for their money. Seeing how the system has evolved and how it’s incorporated into Revolution’s sequel certainly adds to the hype for the game.

With Virtual Theatre and ToonToy, the developers want to make sure they take the time needed to realize their vision. Working with two developing technologies certainly can’t be easy and a delay is to be expected. Hopefully, it doesn’t delay production a substantial amount, especially with Cyberpunk 2020 coming in April. It would be a shame to see all of Revolution’s hard work overshadowed by CD Projekt Red’s upcoming juggernaut and the breathtaking Keanu Reeves.

Those who are interested in checking out the original Beneath a Steel Sky can download the game from Good Old Games. It’s a mere 87 MB download for a well-reviewed classic with gorgeous visuals and a compelling story. It’s been updated to run with Windows XP, Vista, 7, 8, and Windows 10, and it’s completely free, no strings attached, so you’ve already run out of excuses not to grab it.

BEYOND A STEEL SKY

Everyone Is Eager To Get Spotify On The Nintendo Switch, Except For Spotify

Aug 12, 2022 Michael Gunn 2170
Id Software has been discreetly reorganizing its enormous Steam catalog of vintage titles. The firm has started combining the numerous Doom and Quake...

Jul 14, 2022 Tom Lee 5100
Attentive Reddit guests noticed the Hogwarts Legacy user interface in the March presentation of the game - it turned out that it flickered there...