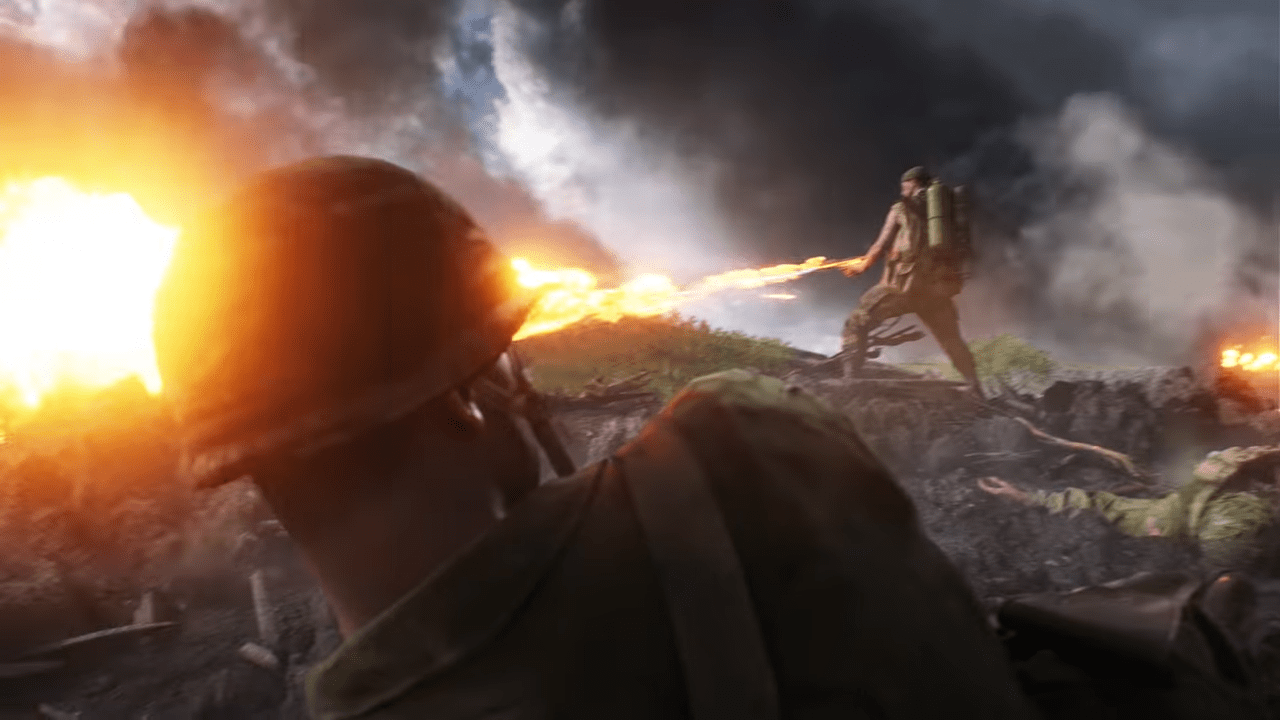 At long last, Battlefield V’s Pacific Theatre content is coming. An enthralling trailer – DICE always smashes its trailers out of the park – was released today with a glimpse at the total air, water and ground combat expected in the newest update.

The trailer follows two characters – an American soldier and a Japanese soldier. There are planes, tanks, flamethrowers and even a little bit of Samurai Sword action. Its gritty representation of the battles that sprawled across hundreds of Japanese-controlled Pacific islands is powerful.

Long-time fans of the series will be glad to hear the iconic map Wake Island is finally making a return to the franchise after many years hiatus. First featured on Battlefield 1942, Wake Island was a popular map on Battlefield 2 and Battlefield 2142. You must battle it out for a curved Pacific island, the Americans starting on a ship and fighting to the end for control of the island.

Flamethrowers will likely play a large part in the new combat. It’s likely they’ll be featured as an Elite Class, or pick-up, much like they were in Battlefield 1. Air combat and multiple different boats for both factions are also expected. The character design looks true to life, and the total hell of storming a Pacific island is captured well in one of DICE’s finest trailers to date.

Likewise, the introduction of classic Marine uniforms and American firepower have got many fans excited about the upcoming content release. Sherman tanks, assault rifles and fighter jets. It has been missing from the game for almost a year.

Already many fans are dubbing this the “We’re Sorry” trailer as the last year of Battlefield V’s content has been lacklustre, riddled with many bugs and a lack of content. Continued promises about the release of new content have left a sour taste in the community’s mouth.

This path is not dissimilar to that of Battlefield 1. Throughout the game’s lifespan, the scope of the game expanded to the point that it was completely different from the original release. Consistent content updates brought new maps, vehicles and ways to play the game.

The War in the Pacific content update will be available for free on October 31st.