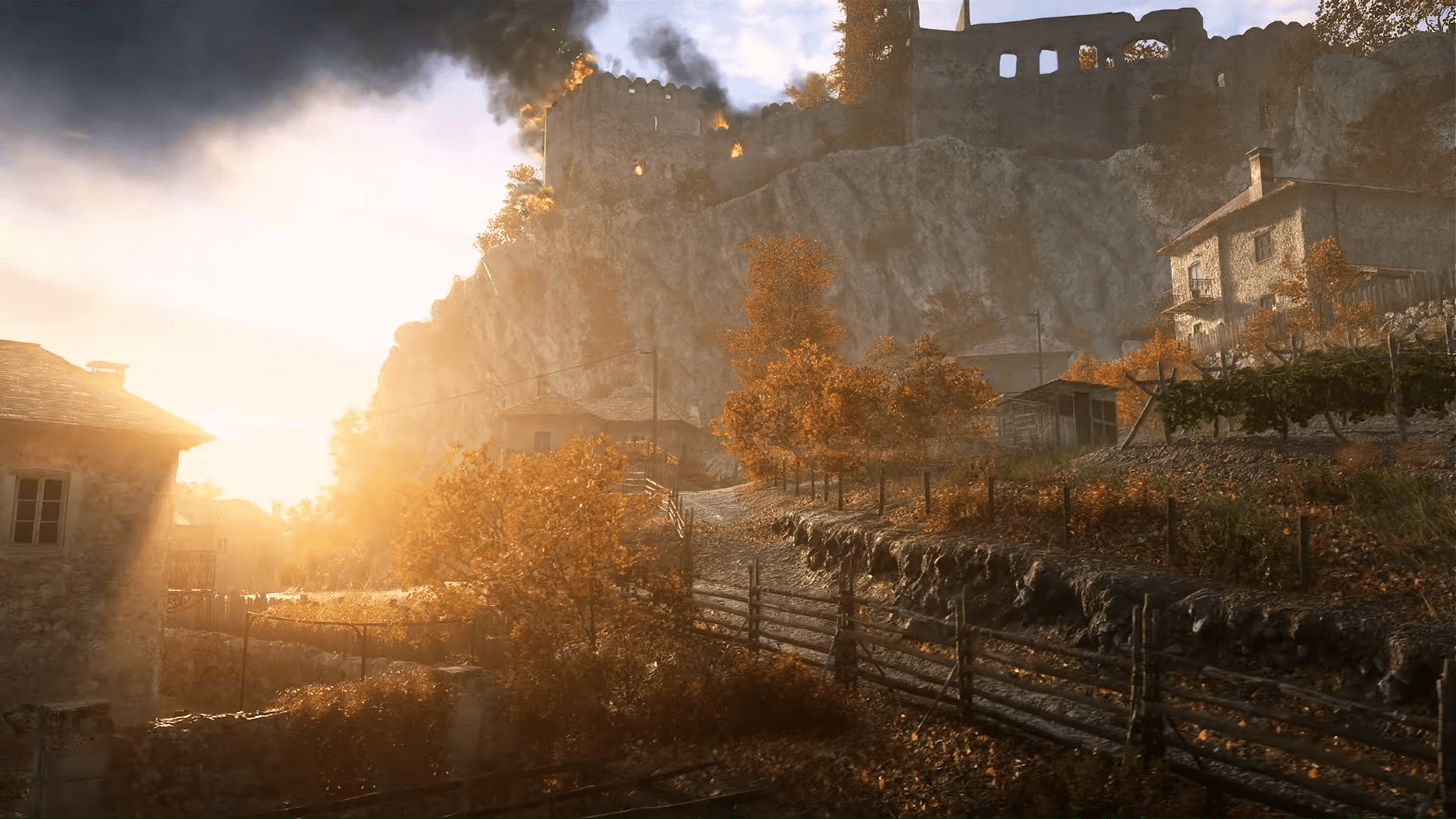 First up is Provence, a map so obviously French the stereotypes are obvious even the short 10 seconds we get a glimpse of it. Whether it be the tiny French cars or the Red wine advertisement on the side of the building, this map looks to capture the character of a small French town. Provence is a real-life area of France known for its rolling vineyards, lavender fields, and pine forests. Expect close quarters combat, a lot of destruction, and some beautiful landscapes to battle across.

Next up, Lofoten Island. Another real-life location, the Lofoten Islands are located in Norway. An archipelago, expect plenty of boat combat and epic missions between the islands. Plus, most of the buildings on these islands are made of wood. Perfect for smoking out your opponents with well-placed grenades.

Marita, the next map, is all about Operation Marita (the Battle of Greece) when Italian and Nazi-Fascist forces invaded the Greek coastline. The battle appears to take place in a small village with adjoining vineyards. Likely to be a map that employs a lot of verticality with the towering cliff-faces and low-lying yards, coupled with intense door-to-door combat in the cobbled village. As always, this map looks fantastic graphics-wise.

Al Sundan is a map based on Tunisia and the conflict between British and German forces in the hot desert. The trailer shows a lot of air combat and a wide expanse of flat sands interspersed with pools of water. I expect this map to have a heavy vehicle focused and plenty of prime spots for snipers.

Operation Underground, which releases in October, is Battlefield V’s version of the classic Metro maps. Fans speculated it could be a Paris or Berlin resistance map, but on closer inspection, the place-names and language suggest it’s a map in Vienna’s fledgling underground system. These maps have always been hugely popular in previous Battlefield games. Stock up on grenades, that’s my recommendation.

In general, the new maps look exciting. DICE LA has been brought in by EA, it appears, to ramp up the production of content for the game. Likely due to the game’s dwindling player base and lack of media attention, they’ve realized they need to step up their excitement into a Christmas riddled with huge game releases.

Google Stadia Is Getting Ghost Recon Breakpoint As A Launch Title; Will Release This Year

Aug 12, 2021 Harry Alston 14950
It's a good day to be a Battlefield fan. 2042 is currently in its earliest playtest - designed to stress-test servers and other functionality rather...

May 27, 2021 Harry Alston 2520
If you haven't seen it already, a redditor has leaked the supposed trailer for the upcoming Battlefield 6, the latest addition to the franchise set...