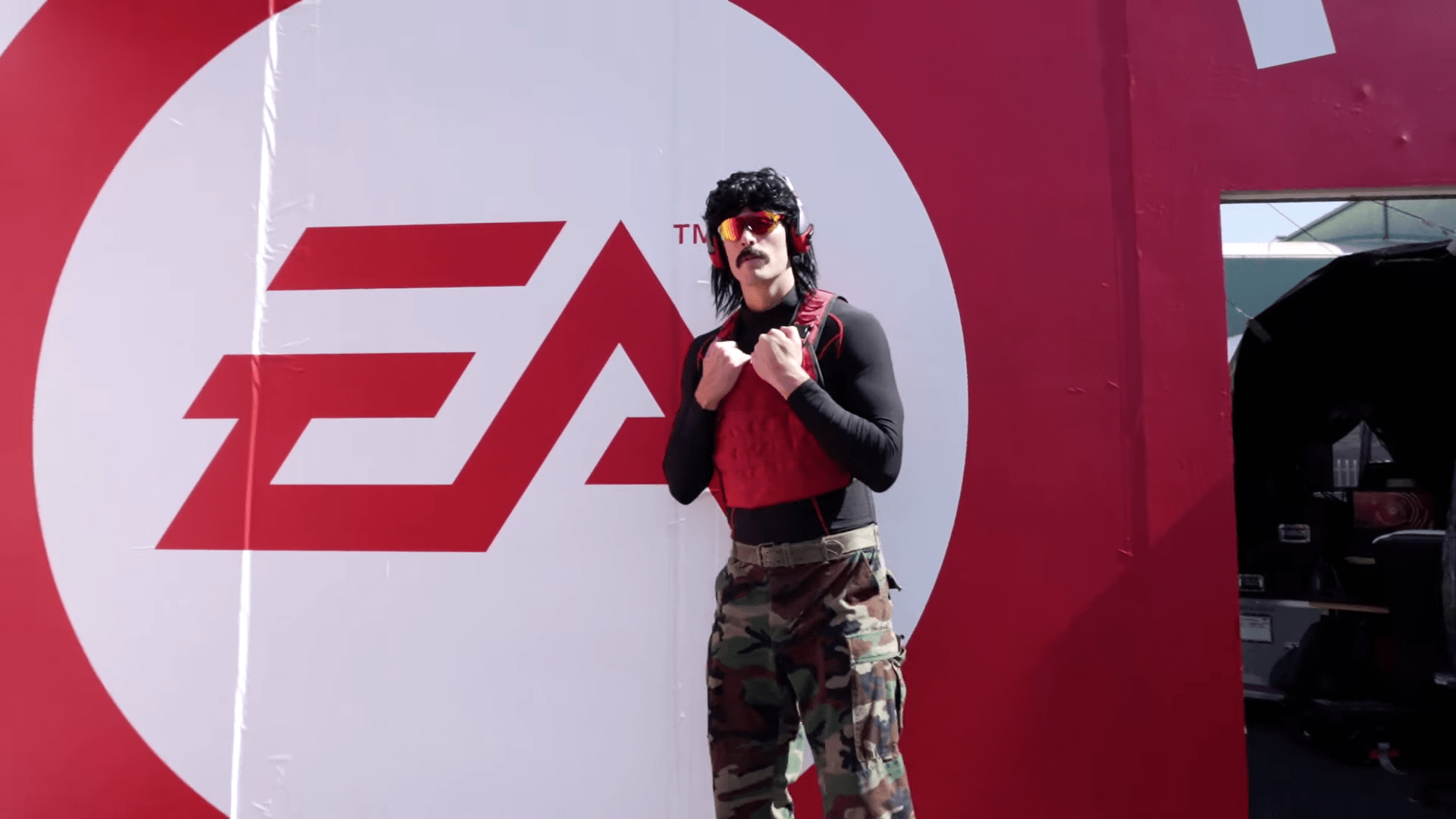 Semi-professional entertainer and streamer Dr DisRespect was kicked off of his Twitch channel yesterday after breaking Twitch’s terms of service. Dr DisRespect, whose real name is Herschel Beahm IV, was suspended from Twitch on Tuesday for live streaming from the inside of a bathroom at E3. Twitch later determined Beahm was in violation of their terms of service and banned the infamous streamer and YouTuber.

During Beahm’s first-ever live stream “in real life” (IRL), the streamer got up to use the bathroom, and his cameraman followed him—likely trying to turn the scenario into an extended joke. Dr DisRespect could be seen walking around the bathroom while shouting “BODYGUARD!” for the entertainment of his fans. He also utilized one of the urinals while his cameraman continued filming.

Twitch’s Community Guidelines have stringent rules for their streaming service. Users are not allowed to live stream a potentially illegal act using Twitch nor does Twitch allow its users to film people in a private place without their consent. Filming inside bathrooms could be potentially illegal in the state of California because of their invasion of privacy laws.

Twitch also revoked Beahm’s E3 badge shortly after the incident. The company had initially specially selected him as one of only a few of their streamers to attend the event. There is currently no word on whether Beahm’s ban will be permanent or not and, if not, how long his ban will last.

Beahm got his start in 2010 when he uploaded videos of himself playing Call of Duty: Modern Warfare 2 to YouTube. Since that time, he has primarily garnered attention—not as a professional gamer—but because of his comedic attitude during gameplay. Beahm often plays battle royale games like PlayerUnknown’s Battlegrounds.

Dr DisRespect’s last public statement was made on Twitter—where the infamous streamer tweeted out a link to his Twitch channel just before its suspension. Beahm captioned his post as “My first IRL stream…” The link now leads to a 404 page on the Twitch website.

Replies to Beahm’s Twitter thread ranged anywhere from messages of support to ridicule. One reply included a picture of Beahm in a bathroom stall with the words “#FREEDOC” on the stall door. Others mockingly replied with “this aged well” and “your first time breaking TOS in a IRL stream.” Many other users replied with pictures taken during the stream—the photos show Beahm walking around inside the bathroom and urinating directly next to someone at a urinal.

As of this moment, no statement has been made by Beahm or anyone on his behalf.

Sep 29, 2022 Michael Gunn 410
It has been stated that when the sequel to Call of Duty: Warzone is released in around two months, entire levels will be removed. Due largely to its...

Sep 28, 2022 Michael Gunn 620
A midseason update for Call of Duty: Warzone and Call of Duty: Vanguard will be released on September 28. This update will bring the current season...