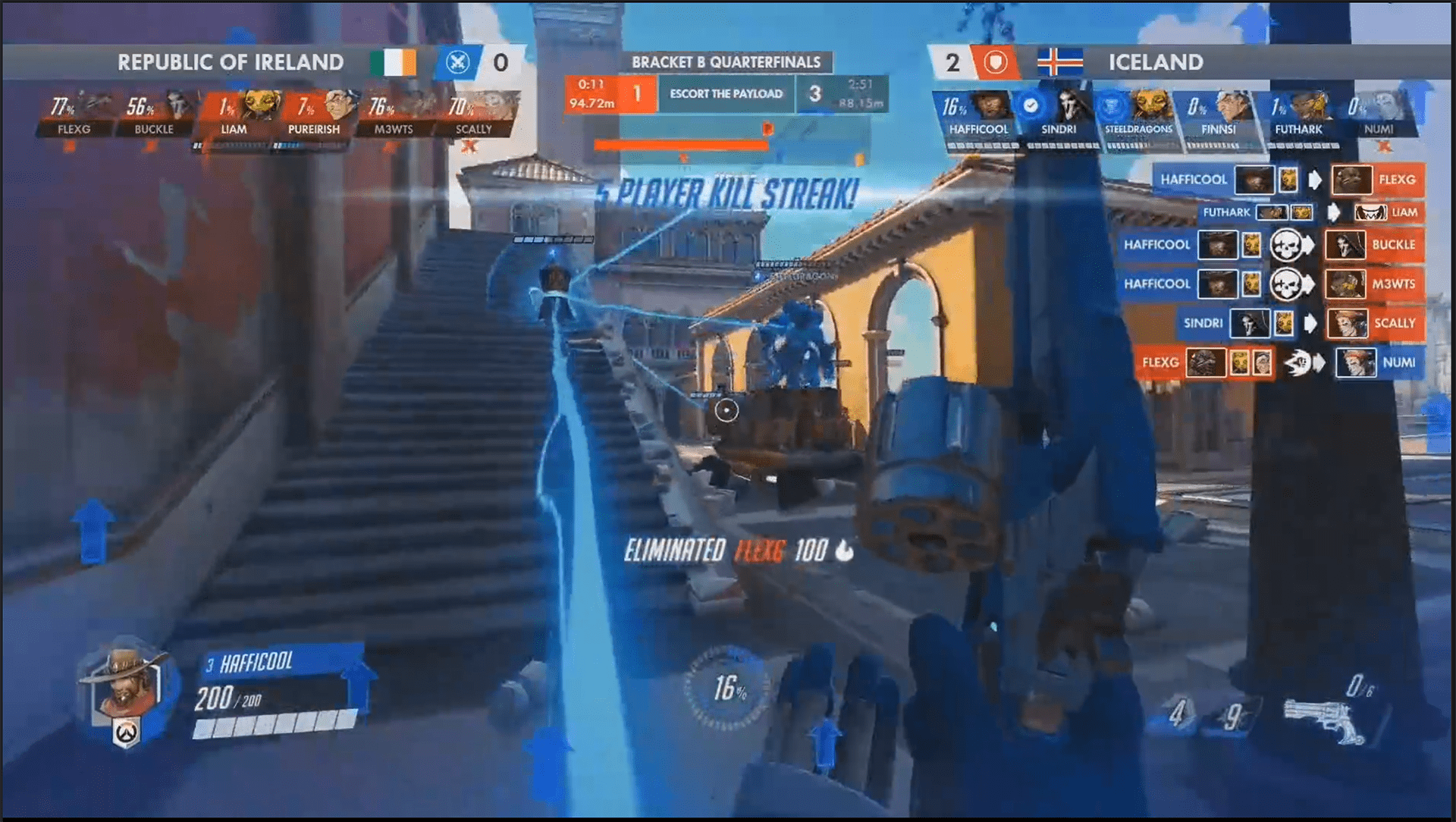 The annual Blizzcon Overwatch World Cup is well underway, with preliminaries happening today to see who gets the honor of being beaten by South Korea.  The World Cup has started with difficulty and confusion, with five games supposed to be occurring simultaneously across five different Twitch channels.  The channels have been difficult to find, with PlayOverwatch, Overwatch League, and the Contenders channel all being coopted for the event.  Once users have been able to find the channel, there’s no guarantee that the match will go live; Italy versus India has been stuck in prematch for the past hour and a half, as Blizzard apparently can’t find teams.

Yet all of the technical issues aside, which absolutely doesn’t bode poorly for the next Overwatch season that will take place in various venues around the globe, Overwatch has been played by nations.  It’s been difficult to watch, both literally and figuratively.

Your guide to #BlizzCon 2019 is here! Check out the schedule 📅, explore the map 🗺️, and download the mobile app 📱 now!https://t.co/3tW6YN7Kpl pic.twitter.com/DqmaCinHMt

Austria went up against New Zealand and was promptly eliminated from the competition in a one-sided (0-3).  Austria didn’t even have a chance to make a hold across the three maps, as New Zealand continued to push the offensive with a now-standard Orisa/Moira composition. ColourHex was a deciding factor for New Zealand across all three maps; the professional Overwatch player continues to push strong statistics that may help New Zealand make a statement in this competition.

The entirety of the series took approximately 30 minutes, and Austria now heads home with less than an hour of stage time after struggling to raise the funds necessary to attend.

With Ireland unable to gain purchase against the defensively inclined Iceland, the match concluded rather quickly.

The idea that these teams have spent months fundraising and developing rosters just to make this event brings their elimination feeling almost unceremonious in how quickly they were removed from the competition.  While one can certainly appreciate the speed of the single-elimination bracket for the Overwatch World Cup, it’s irresponsible to not acknowledge the amount of time spent in development by these teams, only to be suddenly removed from play.

Combining this with the number of nations that had to withdraw due to visa issues, as well as fundraising struggles, and fans are left wondering if this is even worthy of being called a World Cup.

Game Reveals and Protests: Here’s What Gamers Should Expect At This Weekends Blizzcon 2019