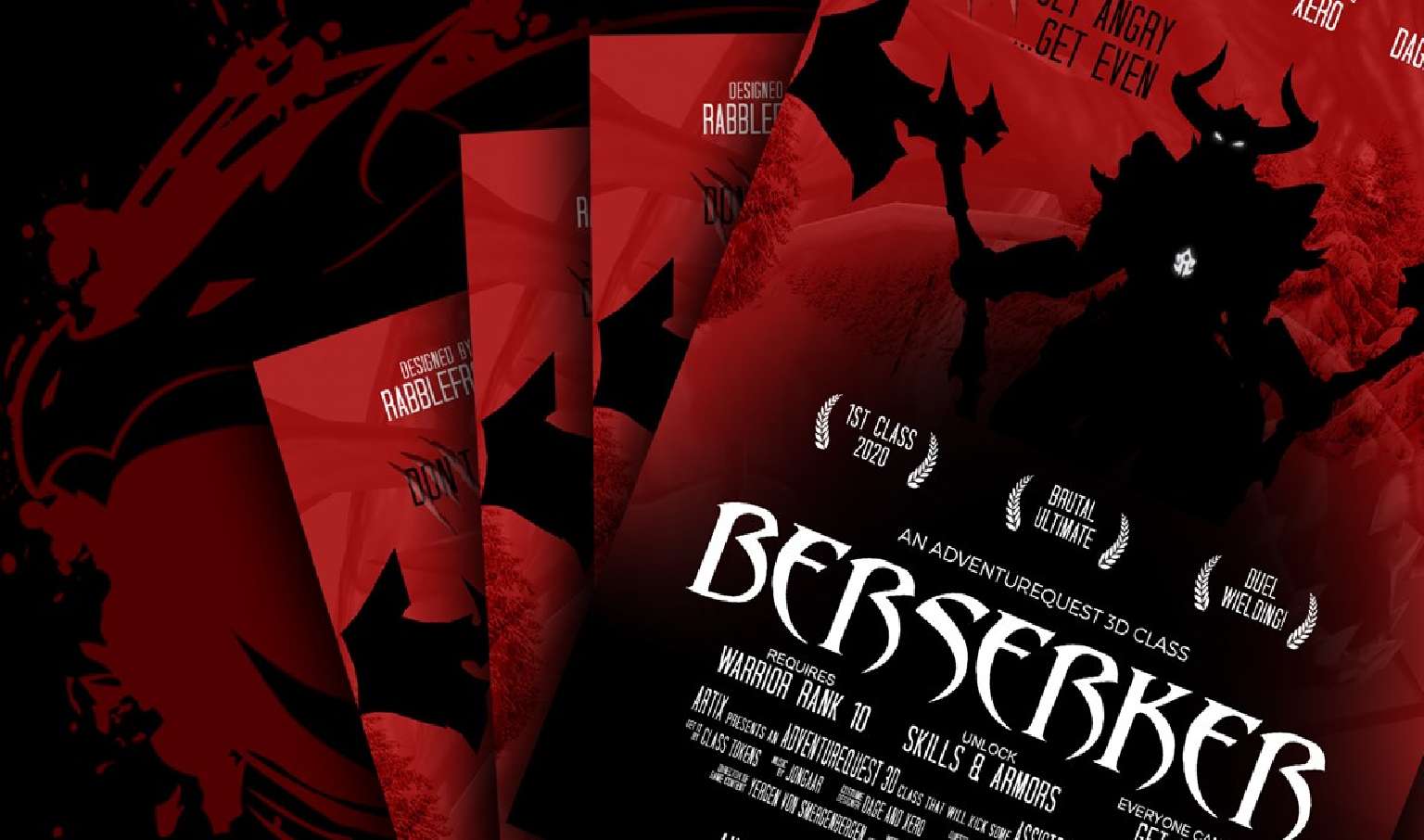 Now that 2020 is here, Artix Entertainment is finally ready to introduce its newest class into AdventureQuest 3D, the Berserker.  Dropping on January 15, 2020, this class can be earned by anyone and is the first class to be gained with the changed class system. Starting this year, we are also changing the way you get classes.

The Berserker class is tier 2 a high damage, dual-wielding class. Many of the skills allow players to do more damage when they are less than half health. Great for those who like to go it alone… and live on the edge.

The Berserker is so brutal that it requires Warrior Rank 10, so if a player hasn’t reached Rank 10 as a Warrior, they will not be able to begin the questline to get this class.

Since players will need to have achieved rank 10 as a Warrior to begin questing for this new class, but thanks to the way Artix Entertainment does things, players will not lose progression in the other classes they play as. So if a player is a, for example, a Rank 8 Mage and they want to get the Berserker Class, they can take up the Warrior to Rank up to 10 without losing the Rank 8 Mage class.

One of the quality-of-life changes that Artix Entertainment added to AdventureQuest 3D is that it doesn’t take as long to obtain new classes. They’ve shortened the number of days players will need to quest to obtain it in general. And the number of days is even shorter of a player purchased the Guardian account upgrade.

Artix Entertainment hopes players will love this class. And with the patch notes coming later today, they’ll be releasing the full package of the Berserker abilities, as well as its strengths and weaknesses.

In addition to the Berserker class, the developers have been reading through the players’ responses from last week’s priority post and revising their list on what needs to be improved. The team is happy that players are on board with fixing up existing parts of the game as a priority, something that many other MMOs could take note of.

The team promises that more of the main story for AdventureQuest 3D is on its way, and that players will want to look forward to it. But they’ve also mused a question; what other classes do the players want to see next? They can let the team know by posting on the forums, the team’s twitter accounts, or on the official Artix Website. BattleOn!