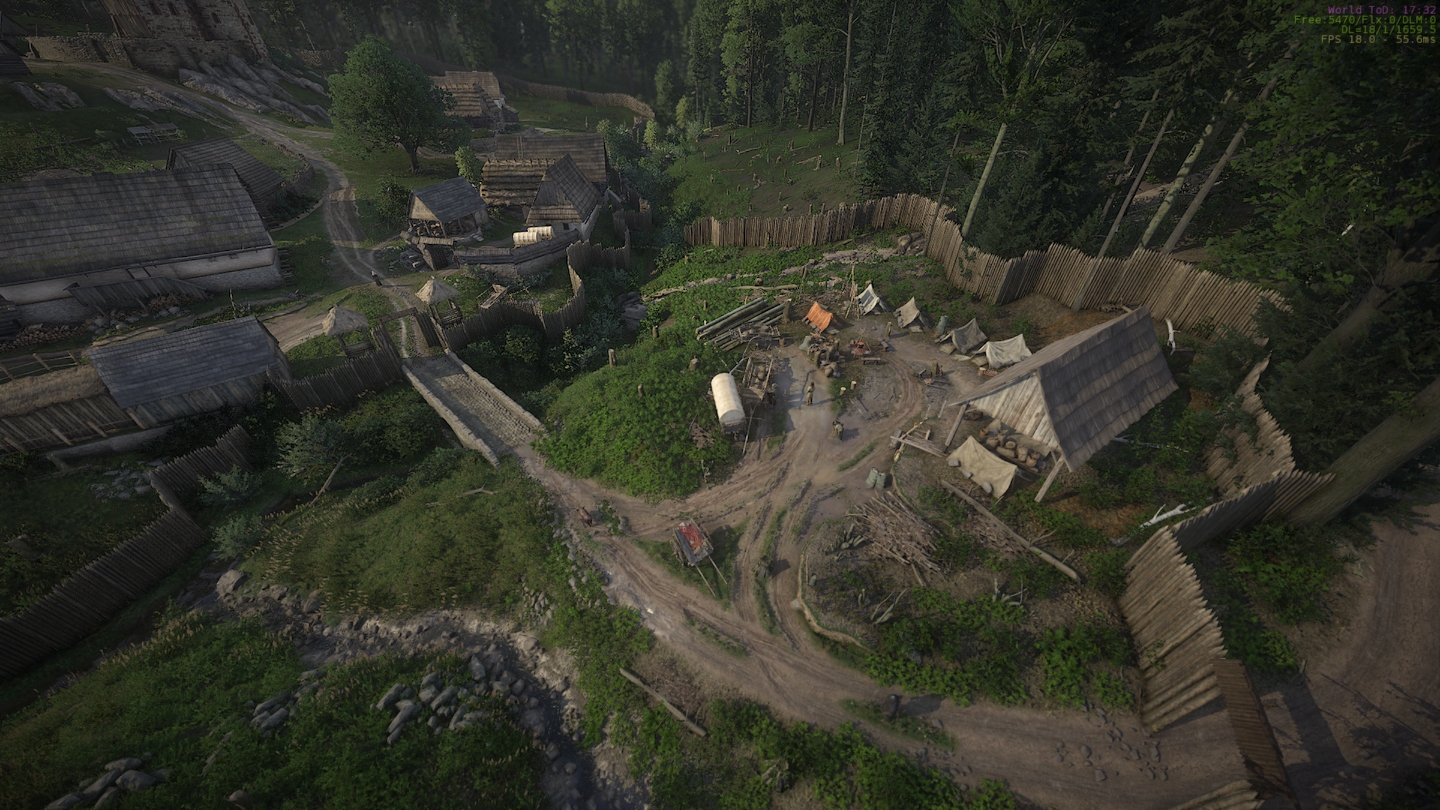 Warhorse Studio’s Kingdom Come: Deliverance is an action role-playing game starring the son of a blacksmith, Henry. The game was released in February 2018 and has released several DLC and expansion packs.

Last year, the developer released the official modding tools for the PC version of the game, along with a series of tutorials, including videos. Modders have been hard at work creating various mods for the game. The mods so far have ranged from new weapons, armor, or other gameplay tweaks to make the game easier.

Benjamin Foo has created a new mod that adds a whole new element to the game: base-building. The mod adds base-building mechanics to the existing game, including the ability to construct various elements. However, players cannot remove existing structures that are already in-place from the base game, as this may cause major issues.

Players can spawn a variety of content, such as “simple props, flora & fauna, trees, sheds, houses, walls, towers” and more. The mod’s included images show some of the buildings players can construct, such as a palisade interior tower.

Before installing any mod, it’s always recommended to make a backup of save games just in case there are some conflicts. The mod also must be started with “devmode enabled” or else the mod won’t be activated. The mod is safe to remove at any time.

The mod page has a list of helpful controls, such as how to create new construction items.

The Architect mod is far from being complete. There are additional planned features in the future, including: “custom constructions, or existing constructions with custom actions/usages, define further custom entities, resource/cost management, spawn NPCs, and spawn items.”

Players who have issues with the mod can post on the page or report a bug. The modder is currently answering any questions and troubleshooting issues with players to resolve issues quickly.

Kingdom Come: Deliverance takes place in Bohemia. “In the midst of this chaos, you’re Henry, the son of a blacksmith. Your peaceful life is shattered when a mercenary raid, ordered by King Sigismund himself, burns your village to the ground. By bittersweet fortune, you are one of the few survivors of this massacre. Without a home, family, or future you end up in the service of Lord Radzig Kobyla, who is forming a resistance against the invasion. Fate drags you into this bloody conflict and shoves you into a raging civil war, where you help fight for the future of Bohemia.” states the game’s official summary.

The Architect mod is available now on Nexusmods for the PC version of Kingdom Come: Deliverance.

Uncharted 4: A Thief’s End Is Free For PlayStation Plus Members Starting April 7

Jan 7, 2021 Lisa Nguyen 3850
Kingdom Come: Deliverance is currently available on PC, PlayStation 4, and Xbox One. The game was released one year after the launch of the Nintendo...