ArcheAge: Unchained finally went live on Tuesday, Oct. 15, with a new monetization model being adopted. Could this benefit gamers more compared to the original title?

In the 2013 version of the game, every additional item has to be purchased. Everything entails monetary value. However, with the new title from XL Games, fans do not need to subscribe anymore. A one-time purchase is the only thing required to access all the content.

This innovative mechanism could be advantageous for players since the available content can be enjoyed anytime. Nevertheless, it must be noted that vanity items have a corresponding payment. These can be accessed by using Credits. Besides, ArcheAge: Unchained also makes use of the ArchePasses. Here is the official trailer, which gamers may check once again before trying ArcheAge: Unchained.

With the buy-to-play system of the game, fans must also understand the new concept of acquisition. Under the new scheme, they can claim the most powerful items in the universe by maximizing their abilities and skills. These attributes can help them in winning challenges and achieving objectives. In short, the most intelligent and skilled players in the PvP mode have the highest chances of snatching victory.

By looking at these enhancements, it could be safe to say that it offers several benefits with its updated monetization system. The ArcheAge: Unchained could be more challenging this time, though. Players have to be competitive at all times to ensure that they remain on top of the game.

In the meantime, the two updates of the game provide various opportunities for players. The Siege and Territory System allows the pirates to become part of the PvP battles. Meanwhile, the Shadows Revealed update enables enhancements in the game’s graphics.

The second update likewise features the Swiftblade. This brings exciting duels among shadow warriors because of the specialized skill set.

While the new monetization system offers benefits, some disadvantages must be noted.

In ArcheAge: Unchained, the transfer of items between it and its successor is impossible. With the new business model, the game has a totally different environment. Therefore, it is not compatible with the original one. As a result, items and characters cannot be imported.

Players have to keep in mind that with the new game, everyone starts from scratch. Everything has to make a fresh start. Likewise, they can never expect any bonuses if they make a switch from the F2P version to the new one. 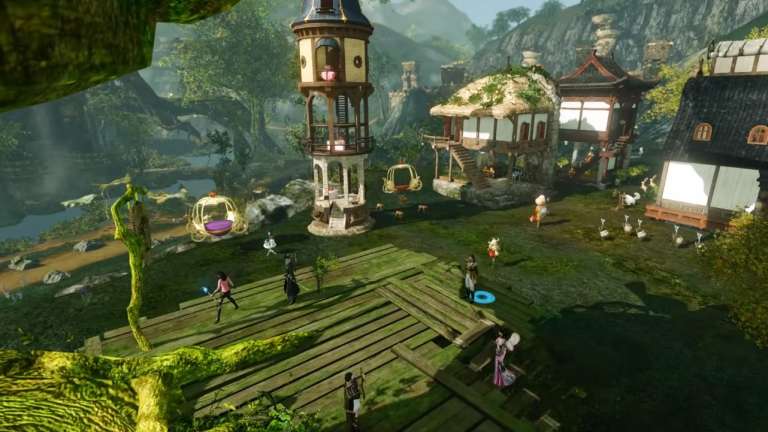