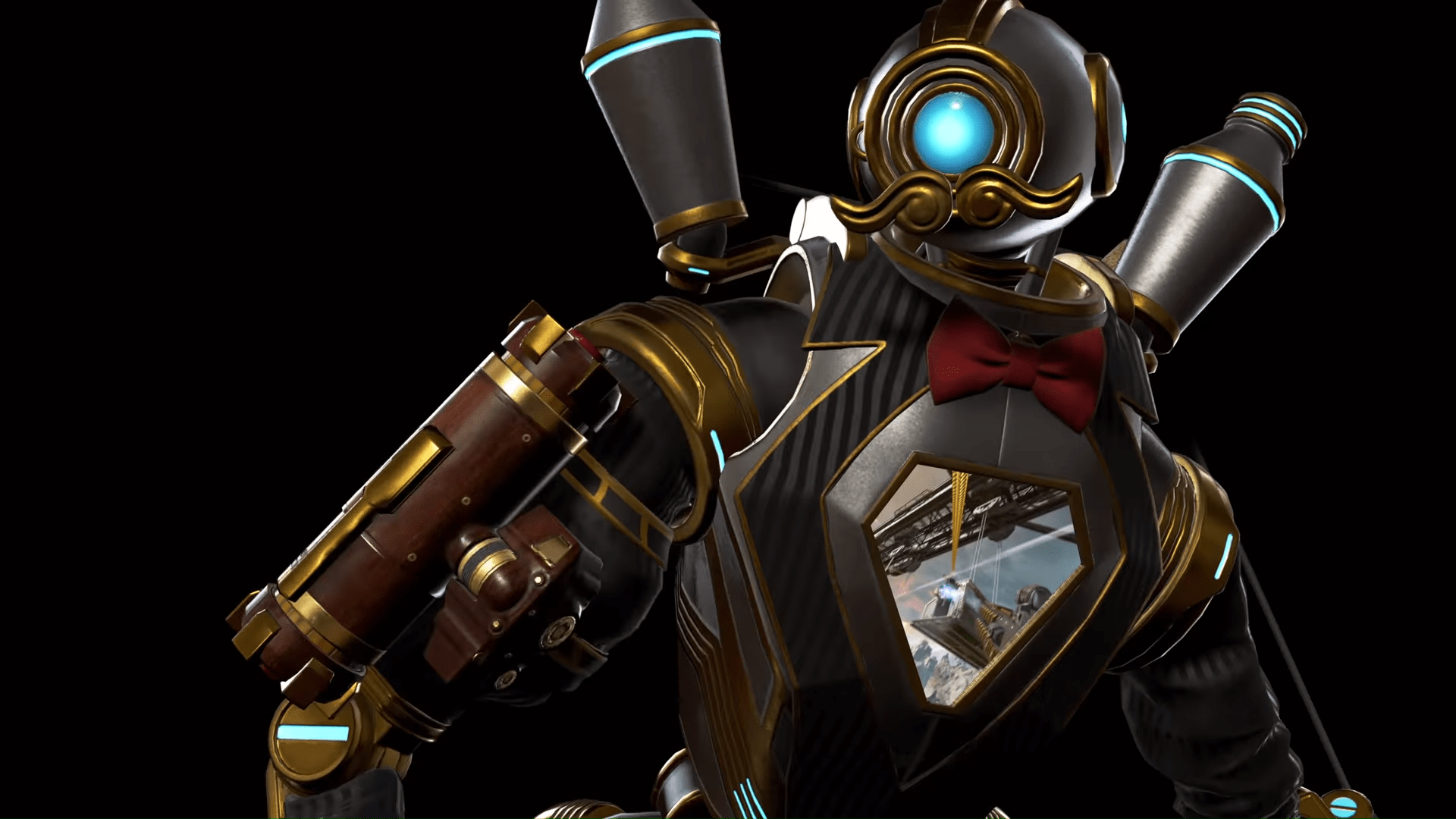 As the Holo-day and Winter Express LTM came to an end this week, players were expecting news of the next big content drop to hit some time soon. Whether it was going to be teaser information for Apex Legends Season 4 or a brand new LTM has now been made clear: The Grand Soirée is on its way.

Presented by Pathfinder in a dashing tuxedo and sporting a mustache, The Grand Soirée features 7 different limited-time modes that rotate every two days. There are some old favorites, such as Armed and Dangerous (the Snipers and Shotgun game mode) and you’ll even be able to play on King’s Canyon (although it will be night time.)

There are also several different other game modes, including a mode where the ring is always closing, a third-person mode, and a mysterious dummy mode that looks like a potential prelude to a PVE element of Apex Legends? It’s not clear and fans are looking forward to finding out how the game mode works.

This event also has a point-based system. Play the different events and complete challenges to earn event points. These are used to trade in for weapon skins and other cosmetics, such as badges or something more practical, like an XP boost. This is one of the first times Respawn Entertainment are giving players the opportunity to grind out for their rewards, rather than just buy them.

However, the limited-time event store will also pop up. A few of the skins were shown off in short trailer above and they look great – particularly Bangalore’s skin, who’s last decent skin was released almost a year ago with the Beast of the Hunt event. Fans also got a look at the Pathfinder skin mentioned before, and a wacky Crypto skin which makes him look more like a Soundcloud rapper rather than super-hacker.

Alongside the new content (which is available for two weeks in the build-up for the release of Season 4 in February), there is also a bonus-point weekend from the 17th to the 20th of January and the Devs have mentioned that it might be possible to play all the game modes even if you don’t log-in every day.

The Grand Soirée begins on Tuesday, 14th January 2020 and beckons in the new year of content promised by Respawn Entertainment by looking to be one of the biggest and most full-on limited time events the game has ever seen.

Pokemon Fans: You Don't Need To Buy The Expansion Pass To Fill Up Your Pokedex, But You Will Need To Trade A Lot

Aug 10, 2022 Robert James 290
Even though Apex Legends has received high praise from the gaming press since its release, the game has been home to a wide variety of unusual and...

Jul 27, 2022 Tom Lee 680
The creator earlier today unveiled the newcomers to the Apex Games in New Stories from the Outlands cinematic. This is Mara's debut in Respawn's...