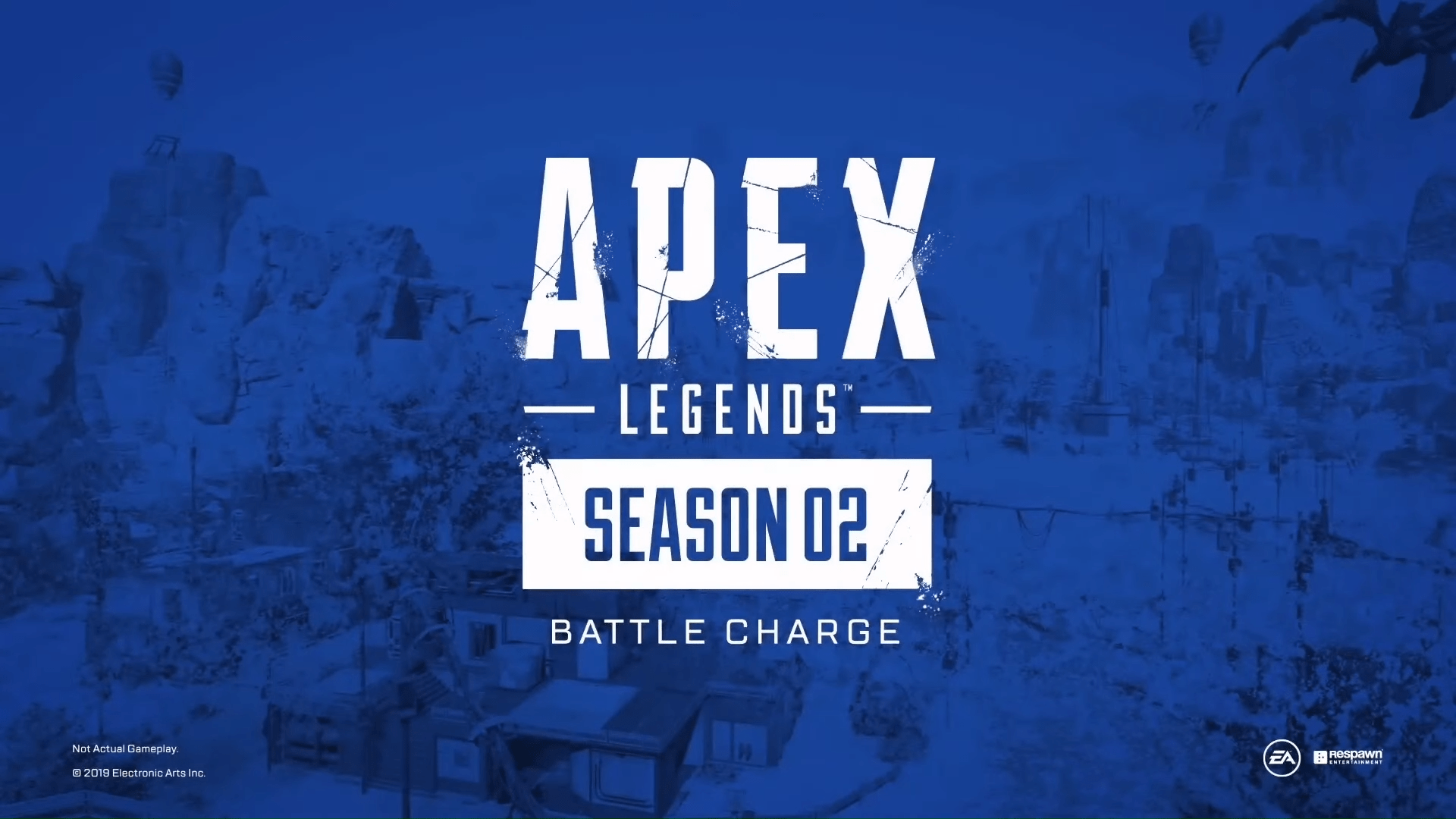 At the EA Play show today, fresh details were revealed about the upcoming Season 2 for Apex Legends, which arrives on July 2nd. Named Battle Charge, the season looks to be a big change from the current format and bring plenty of new action to the arena.

First up, details about how the actual battle pass will work in Apex Season 2. The system is no longer based on time played and experience earned, but rather a collection of daily and weekly challenges. These challenges stack, so if you take some time off from the game, there’ll be there for you when you come back.

Inside the pass are 4 legendary skins – and they look awesome, a real step up from the lacklustre early Season 1 skins. The R301 Rhinoceros skin, Iron Rampage, looks great. It’s the level 100 gun, of which there will be a golden version (as the Golden Idol Havoc for level 110 in S1.) There are also three brand new types of content, no more badges and trackers in the progression tree, and enough crafting materials by the end to choose a legendary for yourself.

Next up, there’s a bunch of changes coming to the weapons available in the arena. The L-Star finally arrives after those early data mines and turns out to be a golden care package weapon. Considered “very OP” by the guys in the Respawn office, this LMG fires energy rounds (though cannot be refilled) and has the power to burst down doors.

Beyond the L-Star, certain weapons are receiving buffs and changes, though we didn’t hear much more than that. However, two new hop-ups are going to be added to the game for Apex Legends Season 2 – one of which might make the Mozambique actually PLAYABLE.

The tenth legend is Wattson. A French super-engineer and electrician with some game-changing abilities. She looks to have one of the highest skill-caps of all legends, as her abilities are extremely complicated and versatile.

First up, her passive. Ultimate Accelerants charge her passive up to 100% immediately. This means Wattson’s ultimate, the Interceptor, becomes way more flexible.

Her ultimate throws down an Interceptor which blocks all incoming projectiles, like arc stars and Gibby ults. It’s defensive, but with the boosted charge from UT’s, becomes something she can carry on the move.

Likewise, her Q active is up to twelve defensive posts. Between the posts runs an electrical charge: stops rushing enemies in their tracks and helps keep you safe from third-party wing-dingers.

Last up, RANKED MODE. Ranked is finally coming to Apex Legends. There will be six tiers, running from Bronze all the way up to Apex Predator. Each season you’ll be given some rewards depending on where you ranked. These carry over to the next season so you can show off your success. At last, a competitive incentive is being introduced to Apex. Time to re-focus and climb the leaderboards. Oh, and one more thing. There are going to be some changes to King’s Canyon, including some scary-looking pterodactyls and some new areas to enjoy.

Sep 23, 2022 Michael Gunn 240
The creators of Apex Legends, Respawn Entertainment, have made a report warning players cease abusing members of the development team. The statement...