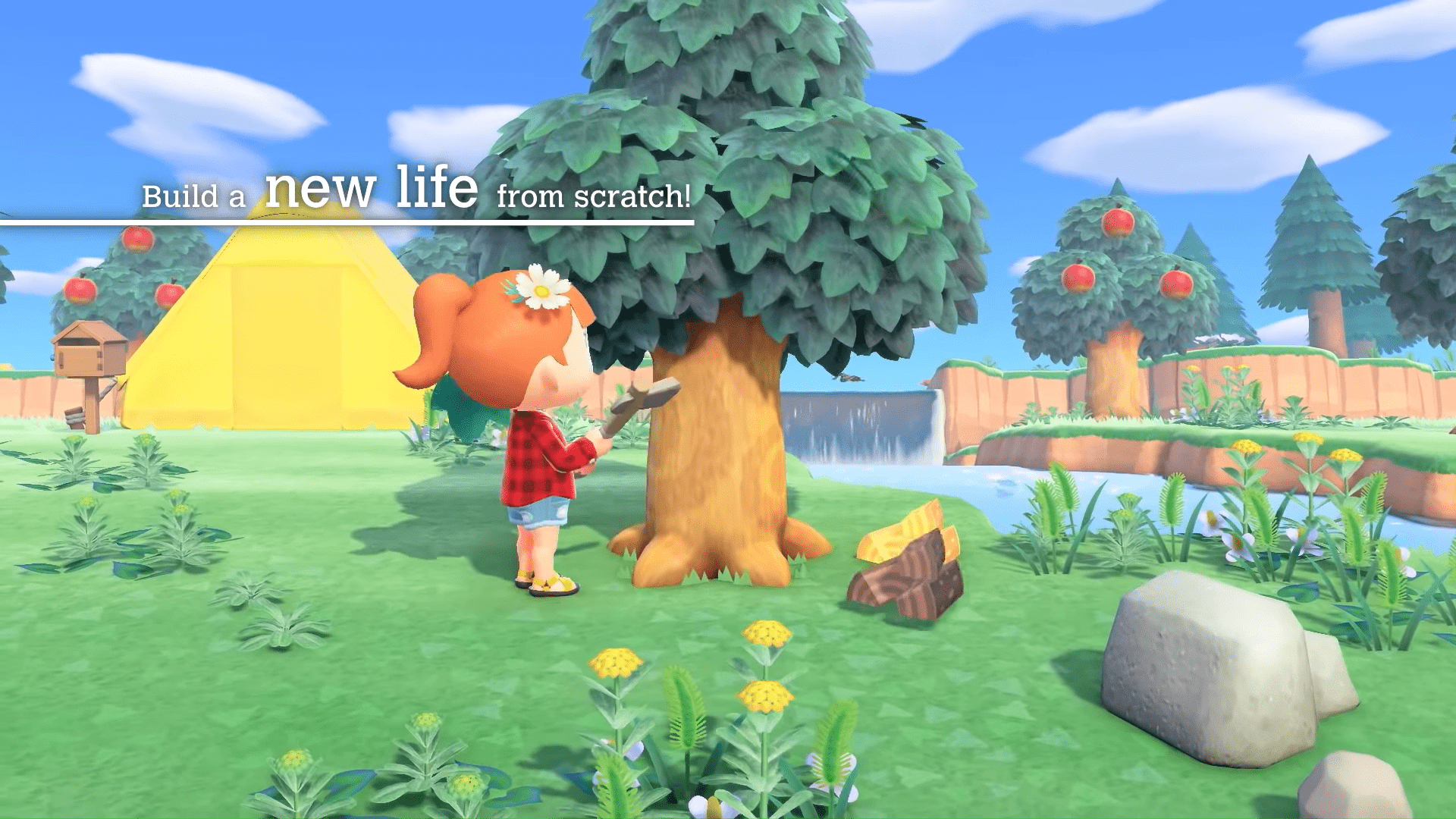 A new Animal Crossing is finally on its way, after facing delays until the 20th March, 2020. New Horizons is the name of the new game and takes the classic Animal Crossing gameplay to a deserted island. You must start from scratch, building a town with a little help from the other animal friends.

This New Horizon trailer gives a little clue as to why or how the world of Animal Crossing has made its way to a deserted island, all thanks to the money-hungry Nook Inc. Marketed as a getaway package, you’ll likely be paying off reams of debt to the nefarious company.

While the trailer doesn’t show off many new aspects of the game – or at least parts of the game that well-read fans haven’t seen before – it is the first piece of marketing material surrounding Animal Crossing for some months now. The release date of March 2020 draws closer.

However, this short teaser does give another look at the graphics and quality of the game, highlighting the abundant island setting and the ability to cut down trees to clear space for the first buildings on your island. There is no doubt that New Horizon looks a lot like an Animal Crossing game.

Animal Crossing: New Horizon received a lot of hype at 2019’s E3 with fans excited by some of the new prospects being introduced into the game, which include the ability to cook with ingredients and have more freedom over the layout and design of your town. Yes, there’s still going to be fishing to be done and weeds to be picked.

Other new features include wearable backpacks, tools that allow you to dig dirt paths, and improvements to building and design, including new windows and half-blocks. It’s likely there will be another more in-depth look at New Horizons before its release in March, but the next Nintendo Direct hasn’t been announced for the game as of yet.

New Horizons also entered into 2019’s debate around developer cramming for the fast turnaround on annual releases. The developers were praised when they announced the game would not be available during the 2019 festive period because they didn’t want to release an unfinished product or harry their devs to complete the game on time.