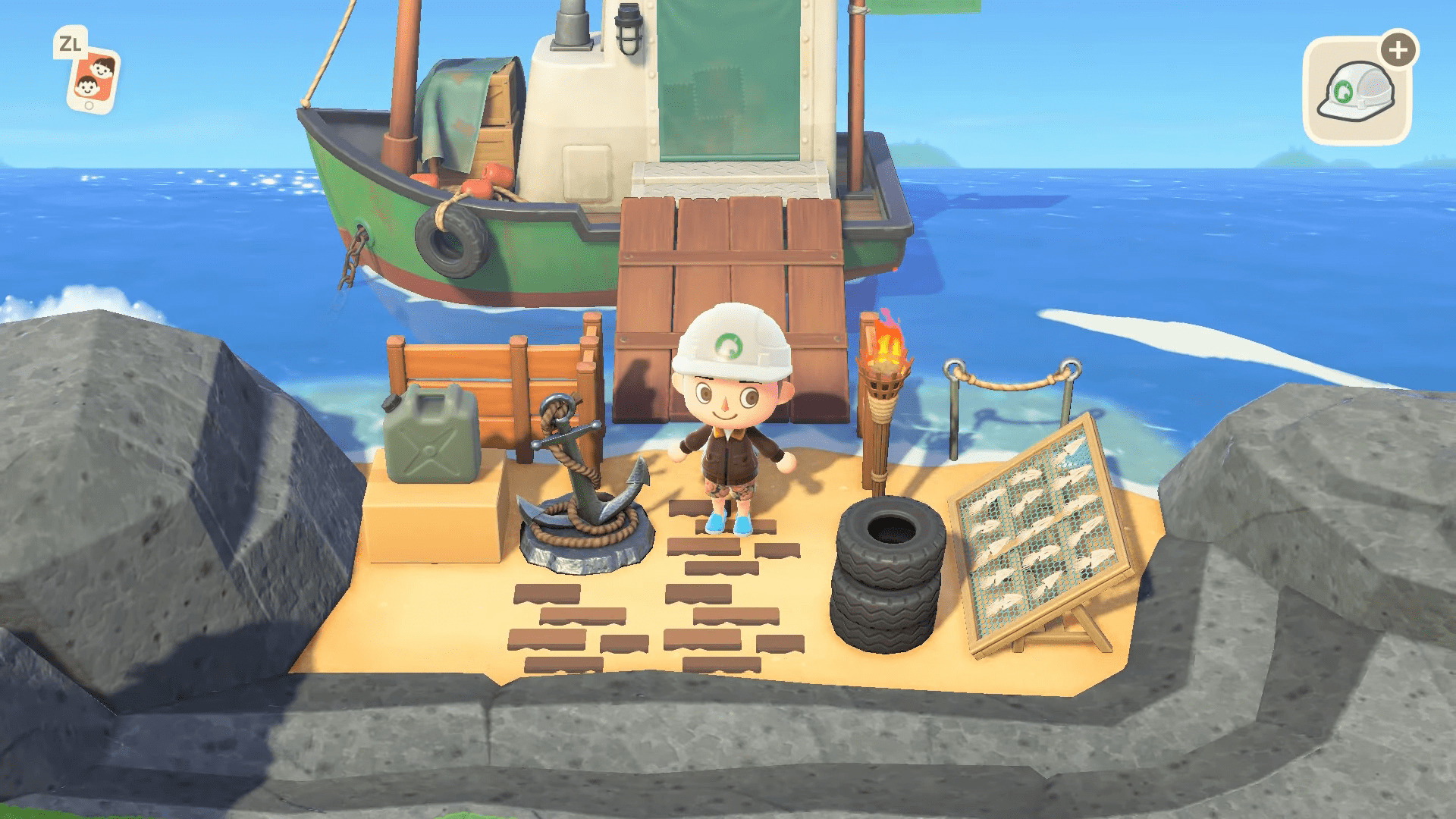 In Animal Crossing: New Horizons, the recent update 1.2.0 has officially been released to the public, bringing with it a host of new content and events. One of which is the introduction of Crazy Redd to New Horizons, along with an underground market for famous works of art.

It might sound strange, but it’s true. Longtime fans of the series will know that Redd is actually a returning character from older titles who would occasionally visit and sell works of fine art to the players. The catch is, sometimes the pieces of art are counterfeit or illegitimate. Blathers, the museum curator, will only accept legitimate works so these fake portraits are worthless.

In past games, Redd would set up shop in the middle of the town plaza. It seems he has taken a different approach in New Horizons, however. Redd will now visit your town aboard a dubious-looking ship, which will dock itself randomly on your island’s secret beach. The barge itself will be inaccessible however if you don’t follow a couple of important steps first.

Before Redd will even consider paying your island a visit, you must have donated at least 60 items to the museum. This can be combined bugs, fish, or fossils. If you’ve been playing the game for a while, this should be already completed for most players. Additionally, for new players, the museum tent must be updated to the full building.

After these requirements have been met, you should be able to speak to Blathers to hear some new dialogue about him considering opening a new wing of the museum. Suprise, he wants to display fine works of art, and asks your player character to bring some by if you ever acquire it.

The following day, Redd has a chance of appearing on your island. You should know for sure if you receive an announcement from Isabelle the following morning about a suspicious-looking boat arriving. After attempting to enter the boat, Redd will be wandering somewhere on your island. It might take some looking before you find him, so be patient.

Redd will kindly offer to sell you a painting, even lowering the price significantly for you before the end of his dialogue, which you can then take to Blathers to trigger the museum update. Don’t worry, this first painting should always be genuine. The next time he visits, you should have access to his showroom and be able to search for the genuine piece of art hidden among his other listings.

So there you have it! After a few simple steps, you can unlock the Jolly Redd’s Treasure Trawler and update the museum in one fell swoop. Keep tuned to find out how to be able to tell real pieces of art from the fake ones.

LPL's JD Gaming Jungler, Kanavi Has Won The Most Valuable Player Of The LPL Spring Split 2020

No Man’s Sky: A Discussion On The Right Way To Make Amends With The Gaming Community