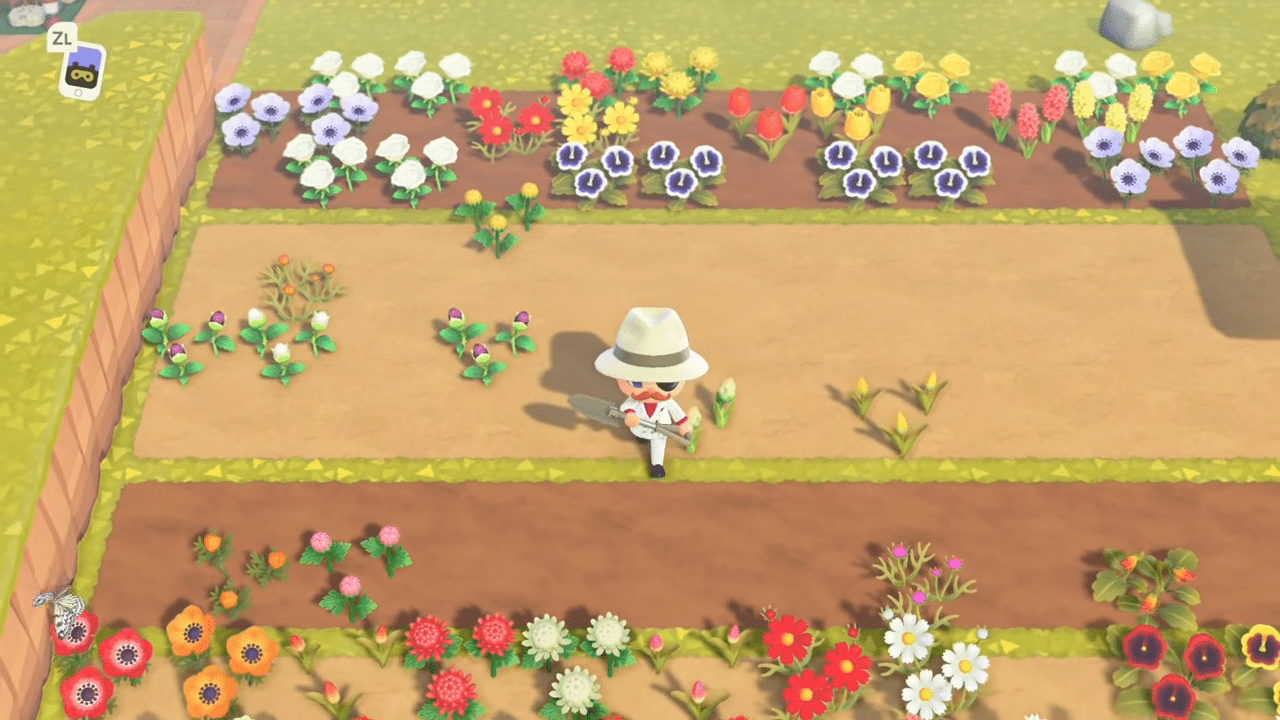 For all its relaxing childish exterior, the newest installment to the Animal Crossing franchise is surprisingly deep and complex. One of the most complicated aspects of New Horizons is breeding hybrid flowers.

In previous titles, flower breeding was as simple as 2+2. Placing a red and white flower together always have a chance at making pink, and so forth. As long as you had a basic understanding of the color wheel, that was all it took.

New Horizons, however, has introduced a gene mechanic which can make breeding the desired flower quite complex. This is especially true for flowers such as the Blue Rose, which requires an understanding of Mendelian genetics if working without some sort of guide.

Luckily for those not wishing to revisit high school science class, the Animal Crossing community has been hard at work data mining and sharing information to make hybrid breeding easier for all.

Between various community members, the method has been so perfected, that it is possible to breed every single flower in the game within a 12 by 12 square space.

The original guide was complied by J_Master but was popularized largely by Animal Crossing Youtubers such as TagbackTV and the graphic created by @yuecrossing on Twitter.

Additionally, users Aeter, Aeon, and Chomp were involved in data mining and the actual math involved in the guide. With such a long list of names, it is clear that the task of simplifying flower breeding in this game is no small feat.

The method works primarily based on the fact that the genes in flowers purchased from Nook’s Cranny or from Leif are set. Flowers that have grown up randomly on your island could be comprised of any random genotype, but flowers grown from a bag in the game are always a known variable.

As such, this particular method has players planting flowers in a specific order on each row of the 12 by 12 square space, starting always with bagged flowers.

For example, the topmost row should be comprised of two store-bought white roses, a red mum, yellow mum, and then white and yellow alternating roses repeated twice over. If it sounds complicated, the video does a much better job of visualizing the layout needed.

This method is extremely helpful for those just getting started on their hybrid journey, as opposed to those only missing one or two flowers. As you go through this guide, keep in mind that individual hybrid flowers can be cloned as well as bred, which should make your life a whole lot easier.

Sep 18, 2022 Tom Lee 2670
A player in the Animal Crossing: New Horizons community recreated a scenario from one of the teasers for The Legend of Zelda: Tears of the Kingdom....