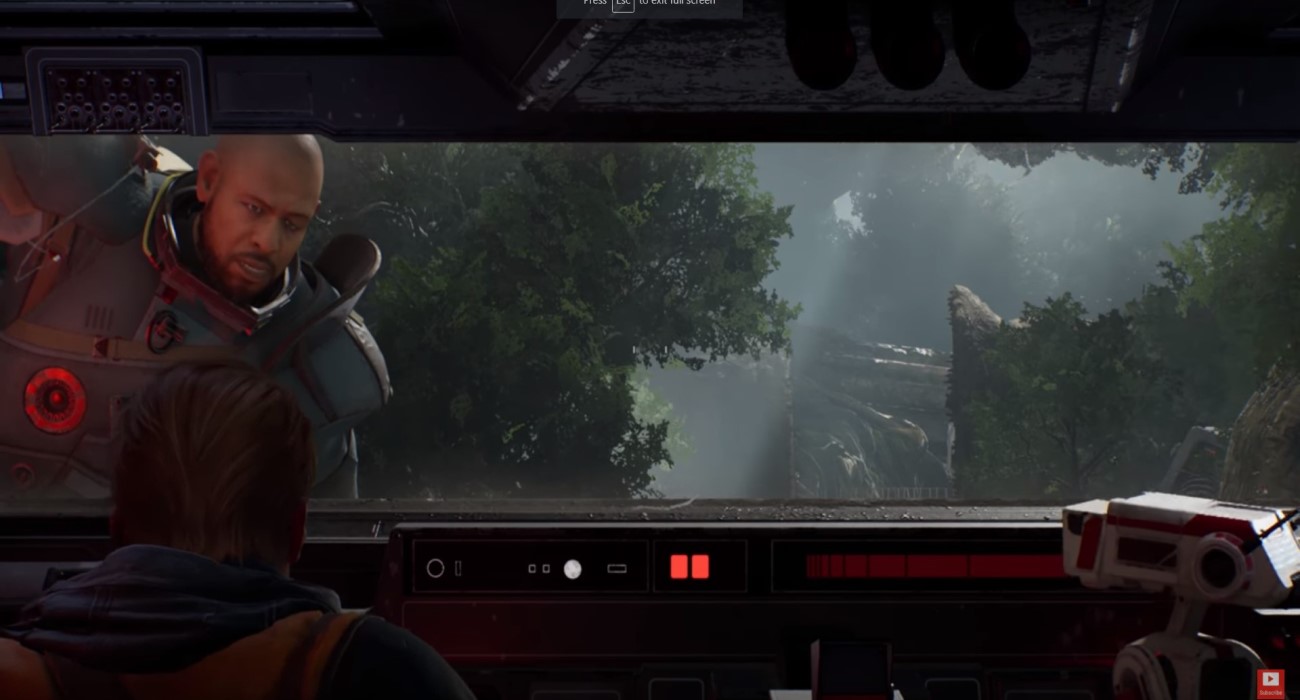 One of the more anticipated Star Wars games that’s fixing to come out is Star Wars Jedi: Fallen Order. This game — being developed by Respawn Entertainment — received a ton of spotlight when EA took the stage. Some brief glimpses of gameplay were shown, featuring open-world environments and force-oriented combat. It was enough to wet our beaks, but for many, they wanted more.

Ask and you shall receive. Respawn Entertainment has taken the liberty to release even more gameplay footage, which lasts for about 26 minutes. It’s a great tactic that keeps this game in the news cycle and helps build buzz leading up to its official launch, which is set for November 15 of this year for PC, Xbox One, and PS4.

There are a lot of goodies worth mentioning from the video. Starting off, let’s talk about the visuals. They look as crisp as ever for modern consoles. The player starts off in a swampy, watery environment — and is trying to remain undetected. The way the water moves back and forth is a beautiful thing to see. It feels so real, especially the way the light hits the waters at certain angles.

The Jedi featured in the footage slowly climbs onto one of the AT-ATs, which is massive in scale. We see the Jedi use vines that were attached to the four legged-walking vehicle. It’s a pretty amazing visual and just goes to show you the type of interactivity you’ll have with the various ships and vehicles in this game.

Once he boards the ship, he encounters several enemies. Here is where the action really picks up. It highlights the lightsaber combat, which is always a favorite aspect of any Star Wars game. Right away, it looks like a lot of strategy is involved. You won’t be able to just wing shots at opponents.

Instead, you’ll have to counter at the right time and know when to put up your guard. It’s a system that should give this game a more authentic feel as far as combat goes. For enemies at a distance, your player has the ability to fling his lightsaber at them using the force.

The cut-scenes shown in the gameplay footage seem beautifully rendered and should hold your attention while you take a break in the action. Overall, this reveal was a pleasant surprise. We saw a lot of combat elements and fans should be even more hyped for what’s in store.