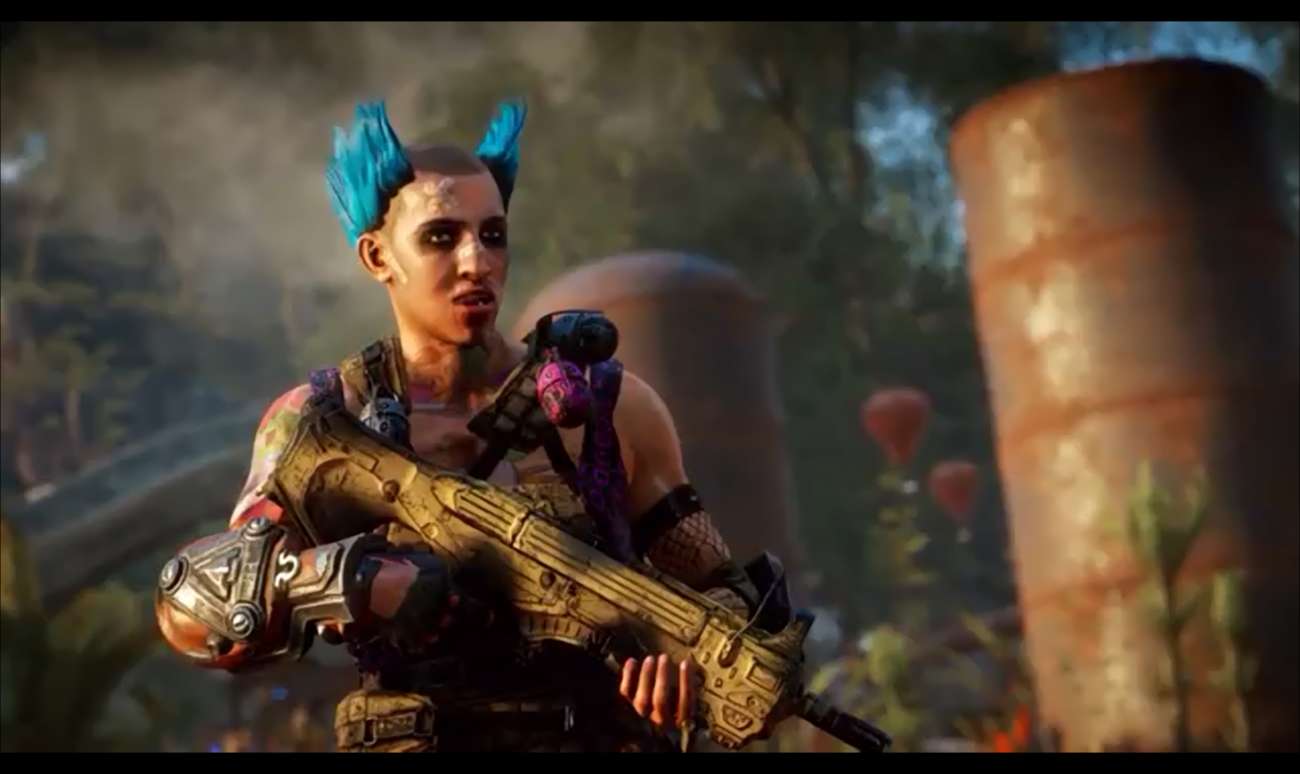 The first-person shooter genre has never been hotter. So many great games have hit the market, all featuring different mechanics and designs. One of the better ones of 2019 is Rage 2. Developed by Avalanche Studios, this FPS made waves back when it released in May. It has been a couple of months and finally, Rage 2 is getting its first expansion pack.

Titled Rise of the Ghosts, this expansion pack is bringing all sorts of great updates and content to an already fantastic game. Starting off, a new city will be available called Overgrown City.

Along with this new area, you’ll have a new story to dive head-first into. It involves going toe to toe with the Ghost faction. You might remember this group from the original Rage. They have yet to appear in this sequel, so it’s great to see the developers include them in this latest installment. It should give fans ample content and new story lines to look forward to.

That’s not all. Some new weapons, vehicles, and abilities are also making their way thanks to this new expansion pack. The new weapon will be a powerful laser launcher. It seems like the perfect weapon to use when you’re looking to do a lot of damage on enemies grouped together. The weapons have been such a shining aspect of Rage 2, and this latest addition should create a new way to take out enemies.

A motorcycle is also being added to the game. The vehicle variety has been pretty great thus far. This motorcycle should be agile and great for gaining grounds on enemy vehicles. Lastly, the new ability being added is called Void. According to developer notes, it lets you grab opponents using telekinetic powers and then suspend them in the air. From there, you can throw them in virtually any direction or even explode their head with enough energy. Void seems like a game-changer for the combat, potentially making you invincible when activated.

If you’re looking to experience all of these incredible updates, Rise of the Ghosts will be available on September 26. If you purchased the Deluxe Edition, the expansion will be completely free. However, if you just have the standard edition, you have several options. You can either purchase the expansion outright for around $15 or you can spend 1,500 Rage coins.

Either way, this expansion is making Rage 2 an even more intense and action-packed game. The new weapons, vehicles, story, and ability all should lead to some pretty great gameplay.

RISE OF THE GHOSTS

Dec 6, 2020 Jeremy Green 8530
The Just Cause series is well liked in the action-adventure space. It hits on a lot of great notes, including a wide variety of vehicles to drive...

Apr 16, 2020 Jeremy Green 6230
The hits just keep coming for the Epic Games Store. That's one constant in this world of chaos. This PC platform always offers great titles at no...

Apr 9, 2020 Jeremy Green 6290
Even though the coronavirus has had a massive impact on many industries -- including gaming -- that hasn't stopped those in the gaming community from...