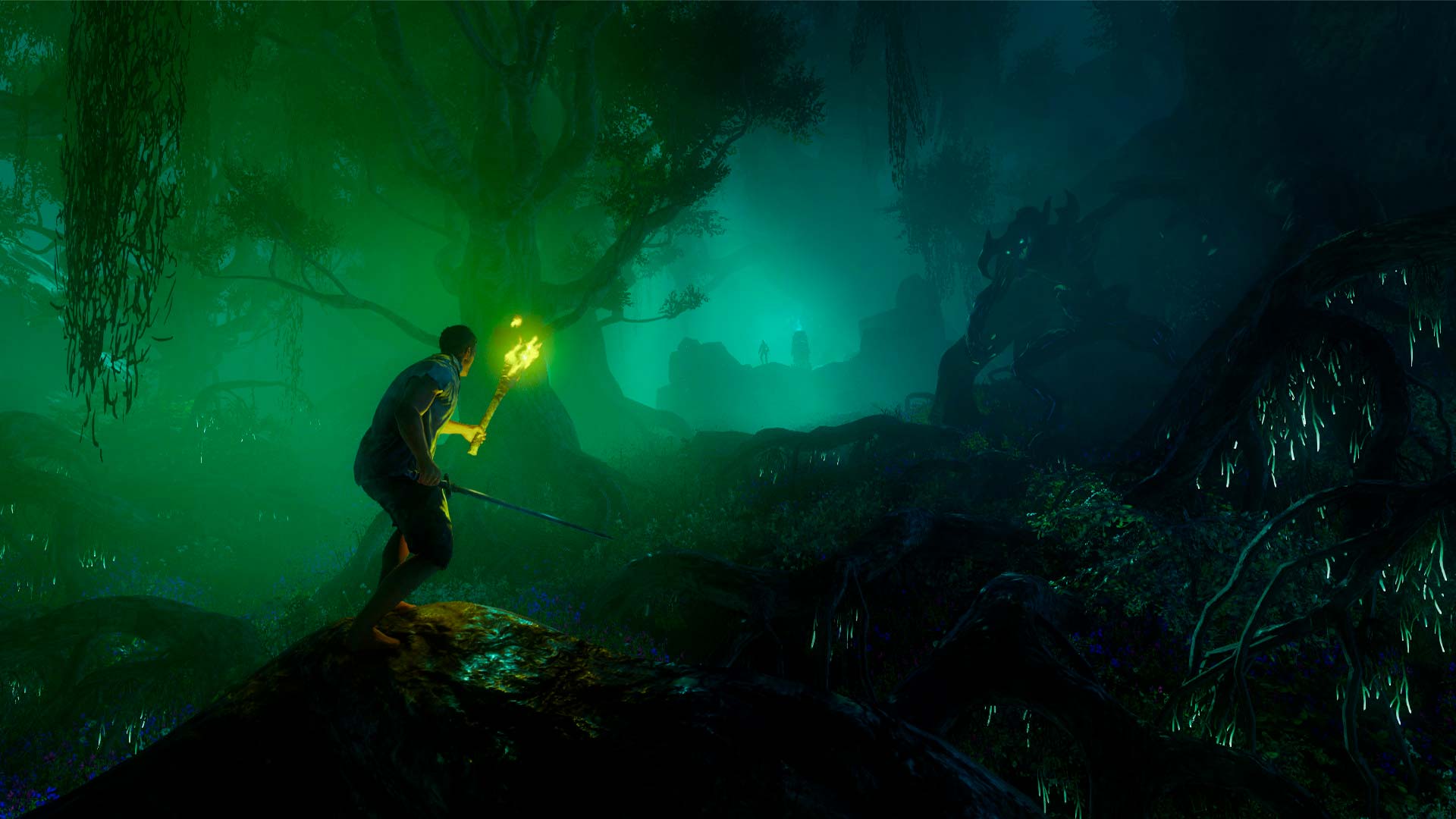 Amazon Game Studios, the game developing arm of the popular online retailer, has produced almost nothing but mobile games since its inception in 2010. Earlier this year, they released The Grand Tour Game, a racing video game based on their own Amazon Prime series of the same name. Surprisingly, an episodic racing gaming based on an auto-based reality show didn’t score very well with the critics.

Not to be deterred, the studio has a couple more games in the works, one of which is New World, a massively multiplayer online role-playing game, also known as an MMORPG, often shortened to simply MMO. The studio announced during the 2020 Game Awards that the game is set for a May 2020 release on PC. The trailer is purely cinematic, and it’s well-known that trailers like this really offer little to no insight into the actual games they represent, but that doesn’t make it any less exciting.

To be fair, it’s just a debut trailer, with the purpose of announcing to the world what the game is all about. It’s a pretty generic setup, what with good and evil in constant conflict, but it’s polished and well done. It even fits the odd new trailer criteria (games and film alike) of featuring an eerie cover of a classic song. In this case, it’s Alphaville’s Forever Young, as reworked by British film director and composer Ursine Vulpine.

While the premise might feel a bit like fantasy 101, the mechanics of the game sound like something worth checking out. Players can band together to form strongholds, venture out on their own, and fight each other or join forces against the evil spreading over Aeternum, the Eternal Isle, in battles of up to 100 players.

New World is being developed by Amazon Game Studios Orange County (as opposed to San Diego or Seattle, the latter of which is working on Crucible, a 12-player last man standing multiplayer game). The Orange County studio is not the one responsible for The Grand Tour Game, but it was working on another title, team-based brawler Breakaway, before it was canceled in March 2018.

While the studio might not have a lot of past work to show off, the individual developers making up the studio have worked on World of Warcraft, Destiny, and more. The only thing more exciting than a new game being developed by a trustworthy development studio is a new game being developed by a team of skilled developers who have yet to combine their talent.

Aug 25, 2021 Harry Alston 16830
After the huge success of New World's Closed Beta that ran at the beginning of August, the game was delayed until September 28th. While the Closed...

Jul 25, 2021 Harry Alston 66010
The statement that New World feels like an MMO might seem a bit defunct, but there's a lot behind it. During this Closed Beta period, the gameplay of...

Oct 10, 2020 Chris Miller 5560
Amazon is attempting to spend their way into the game industry to get a piece of the extremely profitable pie that has only climbed in popularity as...