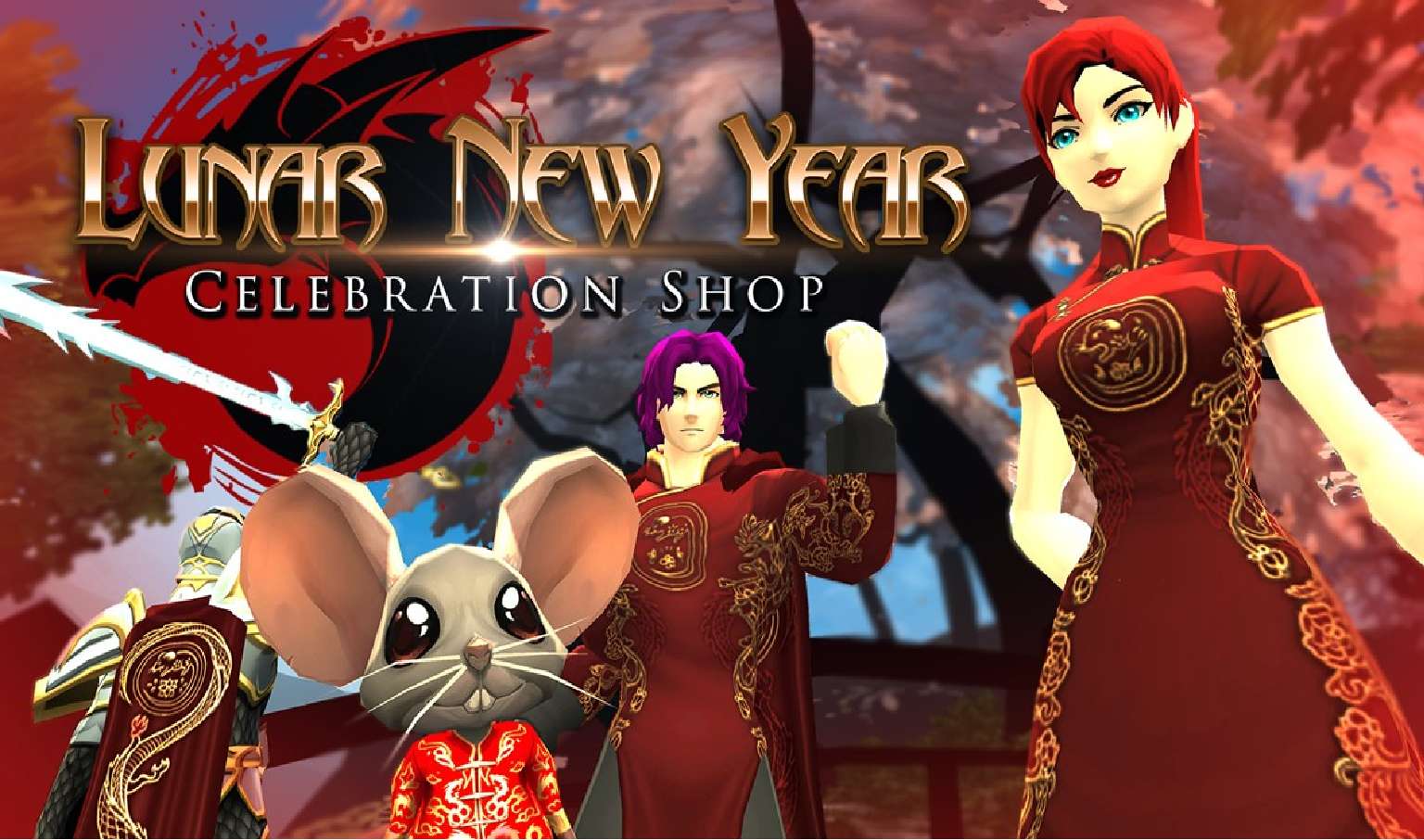 It’s time for the Lunar New Year, and AdventureQuest 3D is ready for it. And as is done with all holidays, Artix Entertainment gives the players in-game items for them to purchase.

The team notes that the official Lunar New Year begins on January 25, but as always they release their items a little early. If players into the town of BattleOn, they can get items from Saber’s Lunar New Year shop. There are items for gold, for Guardians, and an adorable pet mouse companion.

The team wants to congratulate the newest modeler/artist Winnie for these Lunar New Year sets. These sets are available for 8,888 gold in town now, and the reason for this is because 8 is considered a super lucky number in Chinese.  The reason for this is that the symbol for 8. 發, pronounced “fa”,which means wealth, prospering, and fortune. And given the team’s own history of puns in their games, they are completely into this pun.

As for the items themselves, they’ve introduced a cheongsam for female characters, which is a sleek, close-fitting Chinese dress. And for males, they’ve given the players a changshan. This is is a traditional Chinese long tunic worn by men.

However, these items are not restricted by the gender of the characters. So if a male character wants to wear the cheongsam or a female the changshan, they can do so without trouble.

There are also two Lunar New Year capes, a Lucky Red Dragon Cloak for 8,888 gold, and a Lucky Guardian cape for 1,000 gold.

There’s also the Year of the Rat pet. In Chinese astrology, each year is represented by an animal. The Rat is the very first one on the Zodiac. It represents being kind, generous, and super diligent. However, the symbol for the word rat, 老鼠, can mean either Rat or Mouse. This gave the team some leeway in their modeling, and they went with the mouse for maximum adorableness. And as an extra joke, they made staff member Dage the Evil make it. Because someone as dark and evil as him making something this cute is a comedy to the extreme, according to Artix.

The Artix Team is hard at work preparing for new updates to their massive catalog of the regularly updated games, but they always take the time to celebrate something special when it comes around. And the Lunar New Year gave them a reason to do just that. BattleOn!