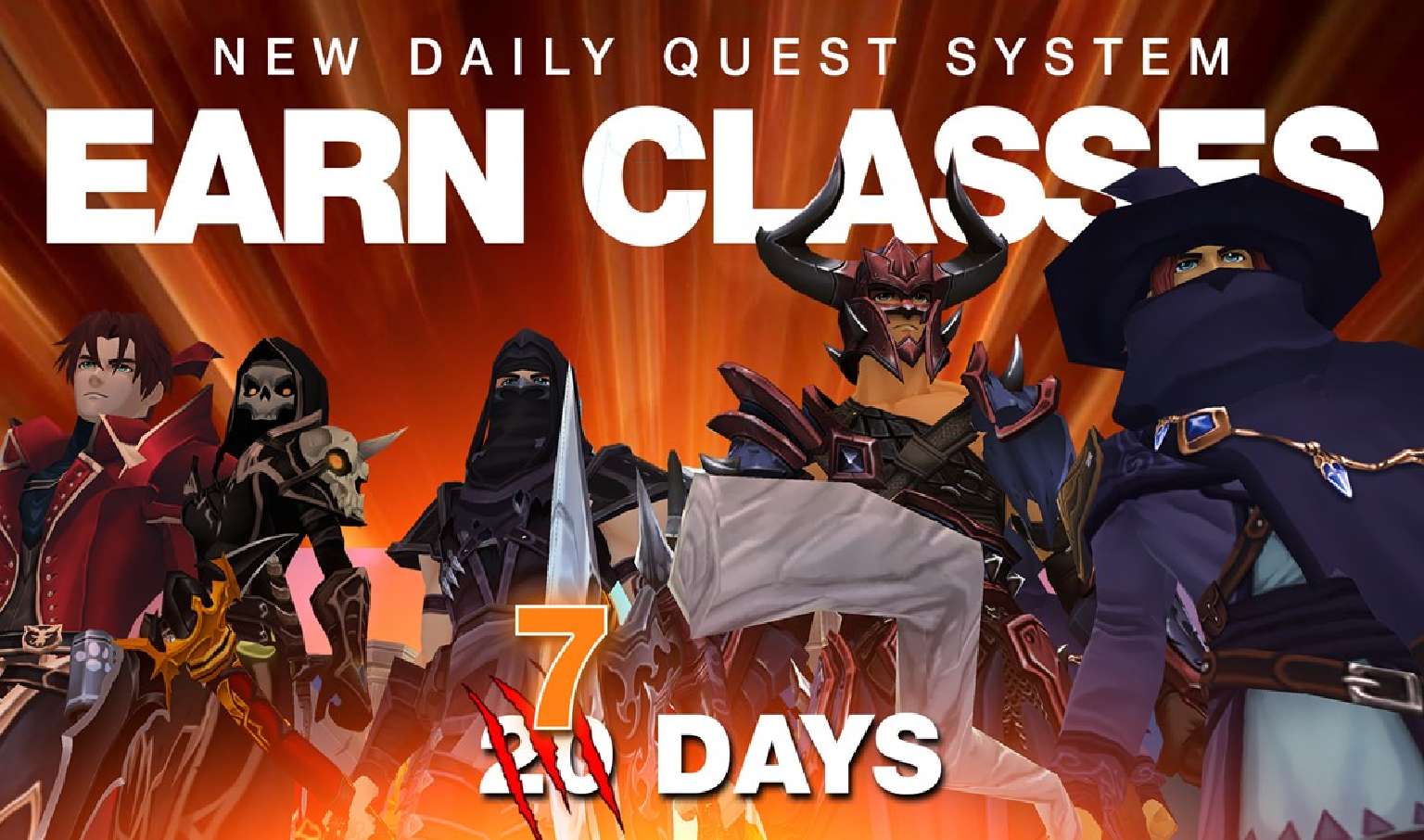 As with any MMO, AdventureQuest 3D thrives on making the player base happy. And with new changes to their class system, they continue to do just that.

In the original class system, it took 30 days to earn a class. But as players continued to note, that was way too long. So the Artix team listened to feedback and lowered it down to 20 days. By doing a quest everyday players could earn tokens towards unlocking a class.

But even with that change, players still thought this was way too long. Which is why they’ve implemented the current class system.

With the release of the first tier two class, the Berserker, Artix Entertainment had asked players if they wanted to keep the existing system or make it take less time with the exchange that they could only earn tokens towards one class each day.  The result was a landslide of support for reducing the number of days to unlock a class down to just 7 days.

This makes things much more friendly to new players, allowing them to get their first new class faster, giving them a  constant feeling of progression.

But the development team wants to remind players that they can only have one class daily accepted at a time in their Quest Log. So, if a player already has one and they try to get another, it will say the new one is not available.  This also applies to the Guardian only bonus quests.

This new system will be implemented with all the upcoming classes as well. And the overwhelming response from the fans is that they want a healer class. And, like the Berserker class, this will be a tier two class that will be tied to an existing class but will still only take seven days to unlock.

The developers have also mentioned a ranger class, which would be their first bow-wielding class.

There were also a ton of requests for classes to be imported from our other games. the team has been working on the Undead Slayer class, which is a derivative of the Paladin. They would be interested to know player thoughts on having other derivative classes, like Fire Warrior, where they’d mix Fire Mage and Warrior skills into a single class. While the  classes above will take longer to create, the derivative classes are much faster to release.

The team is still looking for feedback on all of this, of course. And feedback can be given via all of their social media outlets, including the official website.