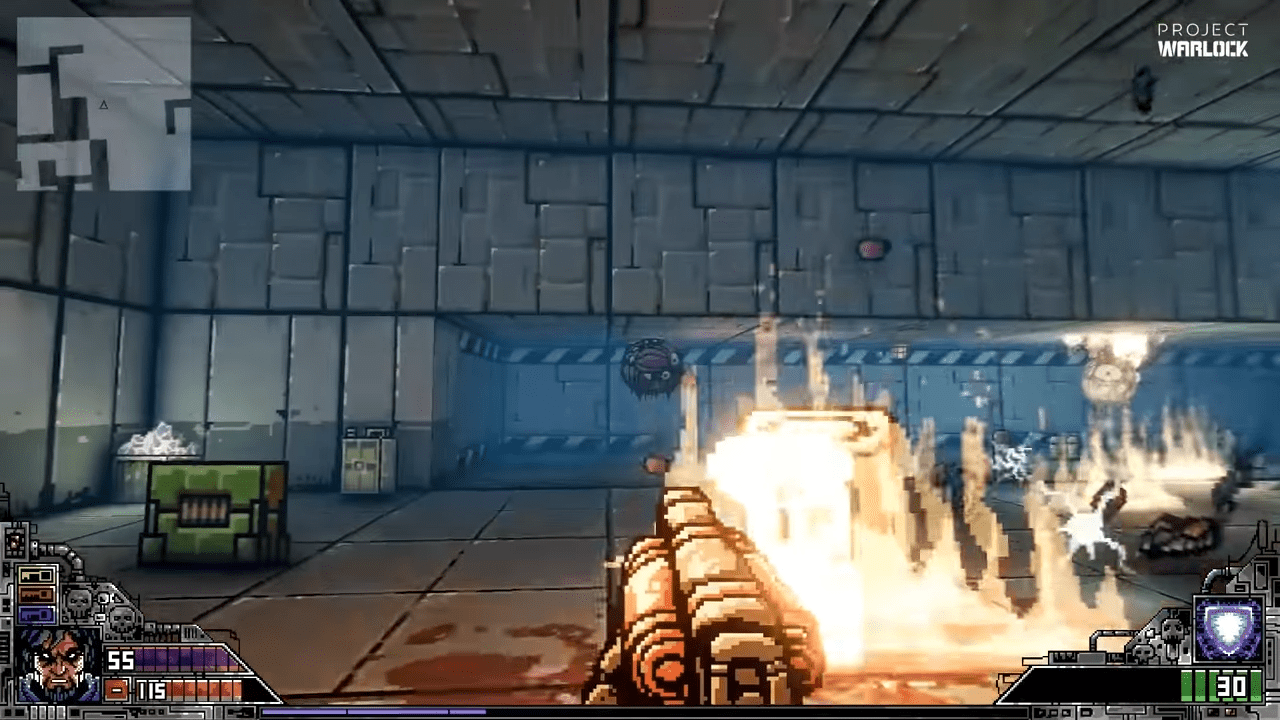 Project Warlock was released back in 2018 on PC and makes its appearance on both Xbox One and PS4 later this week. The game was developed by 18-year-old Jakub Cristo and is inspired by shooting greats such as DOOM and Wolfenstein.

The art style is gritty, the gore and violence of exploding monsters are visceral and fun, and the game has a great soundtrack. These are the ingredients every fast-paced FPS game needs and Project Warlock ticks the boxes.

It was extremely well received on Steam when it launched back in 2018, with both critics and fans praising the game for its art direction and smooth gameplay.

There are tonnes of different weapons, a variety of monsters to slay, and a range of unique levels that provide a backdrop to the action. It’s simple to navigate your inventory and change up your arsenal, unlike some of the classic 90s boomer shooters.

This merges the boomer shooter classic FPS gameplay with some RPG elements, and draws the player further into the depths of the game, rather than floating across the surface in a blaze of rockets and machine-gun bullets.

However, the game isn’t a massive experience. The levels are completed with ease (although there are 60 of them), and you’ll breeze through the game if it’s running on a lower difficulty.

Upping the difficulty to Hard makes it much tougher, but it’s still not an epic amount of gameplay time. There is also unlimited ammo and you can carry every weapon you want, with no two-weapon limit.

Much of a player’s time in Project Warlock will be searching the levels for the various easter eggs and secrets dotted around. Some of these are ingeniously hidden and easily spoiled if you read a guide online – best to try and find them for yourself.

Project Warlock releases on PS4 first, on June 9th. It releases on Xbox One on June 12th.

Geneshift, A GTA2-Inspired Battle Royale, Is Celebrating Its Anniversary By Going Free To Keep On Steam For A Limited Time 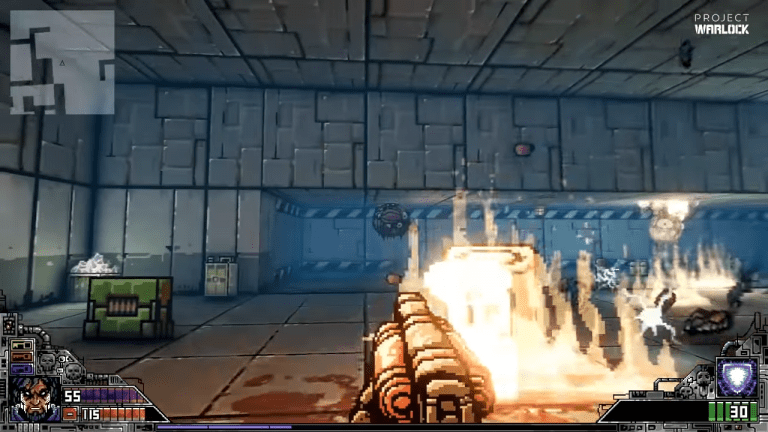 Jun 9, 2020 Harry Alston 6860
Project Warlock was released back in 2018 on PC and makes its appearance on both Xbox One and PS4 later this week. The game was developed by...