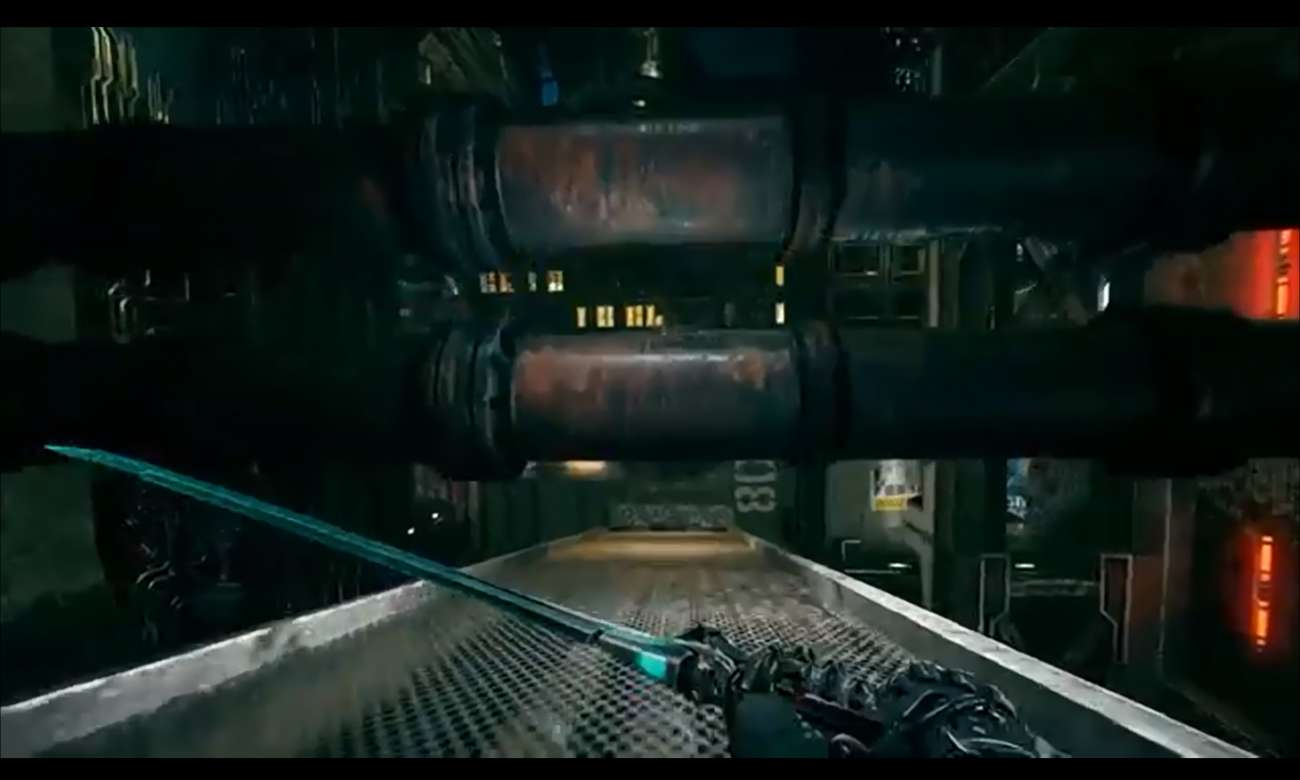 Gamescom was a pretty successful gaming event this year. There were a lot of interesting announcements, with some of them coming out of left field. Many are claiming that this event rivaled this year’s E3, which is pretty crazy to say considering how long E3 has been around. Coming out of this event, one of the more unique-looking games was Ghostrunner.

It’s a first-person action game from the people at One More Level. You might remember their work from the also unique God’s Trigger. They have a knack of taking normal genres and infusing their own flavor into them. They’re are doing it again with Ghostrunner.

It’s drawing a lot of comparisons to Mirror’s Edge. If you’re not familiar with this series, it’s pretty much a first-person action game where you run across walls and jump over objects like you’re a parkour professional. Ghostrunner is bringing the same elements, only in this game, you get to traverse through a cyberpunk atmosphere.

This setting has blown up recently thanks to the upcoming Cyberpunk 2077 by CD Projekt Red. It’s a world that gamers can’t seem to get enough of, so it’s pretty smart to see One More Level use these cyberpunk aesthetics in their game.

The concept of Ghostrunner seems just as unique as the futuristic-looking visuals. As a cyber-warrior, you must conquer enemies in hopes of restoring peace, learning more about yourself, and gaining access to The Keymaster.

Sounds like a formidable opponent. Don’t worry. One More Level has you well-equipped with a cyber katana. You can use it to slash enemies as you dodge right past them. It seems like you’ll be switching between two different realities: The real world and cyberspace.

Looking at some of the gameplay, moving this cyber-warrior around the cyberpunk settings looks awesome. Your character seems nimble and ready to tackle any object or enemy that he comes across. The game is also pretty graphic. There are shots of this ninja character decapitating enemies nearby. The developers don’t seem to be afraid of pushing the envelope in terms of violence.

It’s currently set to release sometime in 2020 for PC, Xbox One, and PS4. Judging by these initial details, Ghostrunner could be just the right change of pace you’ve been looking for. Just make sure you’re prepared to scale some tall, epic buildings and hack your way to the truth. It’s only a matter of time before you discover the true secrets of The Keymaster.

Aug 11, 2022 Michael Gunn 160
This year, Xbox will be present at Gamescom in Cologne, Germany, and it has already announced its formal lineup. A six-hour broadcast and details on...