A Story Trailer Recently Hit For Warhammer: Chaosbane; Sets The Stage Between Good And Evil 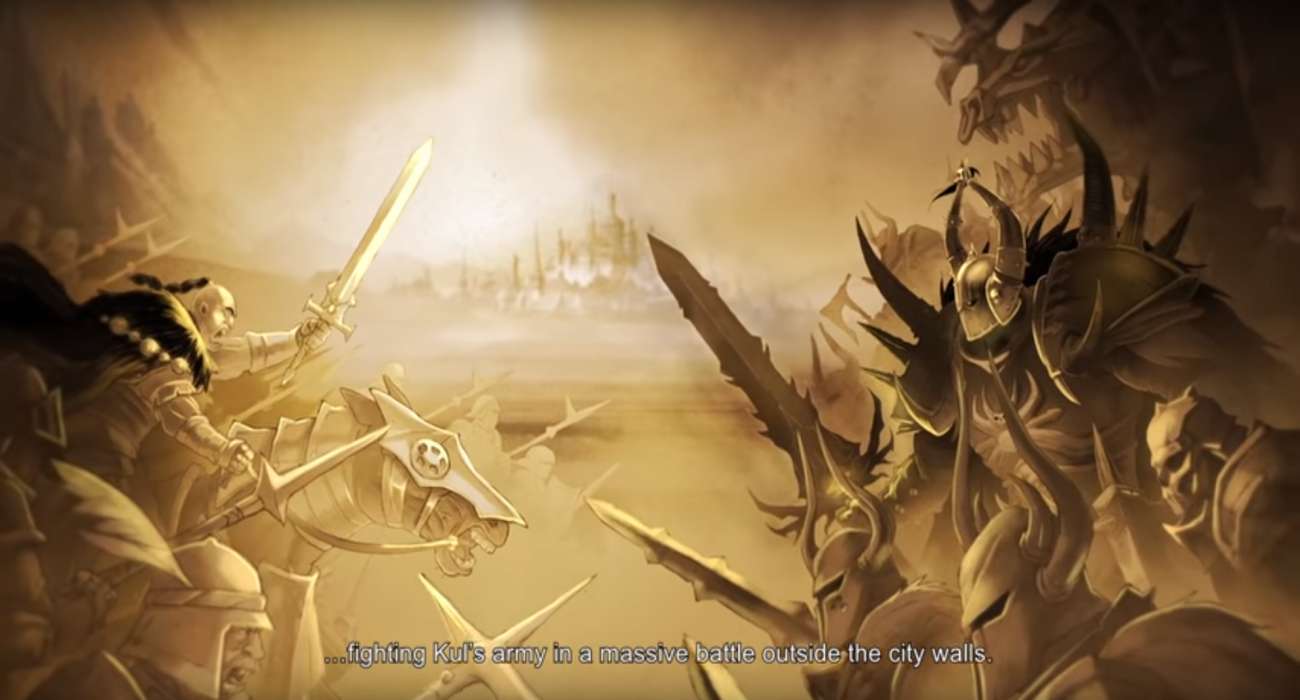 The latest installment in the Warhammer series is gaining a lot of buzz as of late. It’s being pegged as a Diablo-style dungeon crawler, which is an honor considering how impactful Diablo has been to many gamers over the years.

The story trailer for Warhammer: Chaosbane just hit the web, and for the most part, it does have a very Diablo-like feel to it. Will this game live up to the hype, and does this trailer make Warhammer: Chaosbane that much more of a must-own title at launch? Let’s find out.

It starts out with narration depicting the civil war between man. It’s the reason why the kingdom of mankind lays in ruins. It’s the year 2301, and the Kurgan warlord Asavar Kul has just united the savage tribes of the Chaos Wastes.

We learn that mankind was all but doomed until Magnus led a resistance against these savage tribes. He and several skilled warriors across the world defeated Kul and his evil henchman. It was a hard-fought battle, but nonetheless, humanity seemed to have been saved.

The victory sealed Magnus’ fate as being the one true emperor. All seems well and good, but at the trailer comes to an end, we learn that the Dark Gods still have a taste for vengeance. It’s safe to assume that this is where the main story will pick up, possibly with the Dark Gods twisting fate in their favor somehow.

So far, these story details seem very intriguing. Magnus seems like a born leader, but probably has several faults. It will be interesting to see what sort of character arc he has. Perhaps his greed as the one true emperor will take over and lead to the dark forces taking over once again.

The visuals in this trailer do feel like those in the dungeon crawler Diablo, but the gameplay could be a different story. There’s a lot for fans of the Warhammer series to sink their teeth into after this latest story trailer reveal. Many have compared this game to Diablo, but in terms of the story, it has a Lord of The Rings vibe to it as well.

Just as Sauron was defeated by mankind’s last desperate hope of survival, so was Asavar Kul. They share a lot of similarities as villains, which is great to see. It sets the stage for an epic battle between good and evil.

Nov 4, 2022 Tom Lee 230
The complete backstories of players' characters are now available in World of Warcraft, thanks to a new Twitter campaign. Since its launch in 2004,...