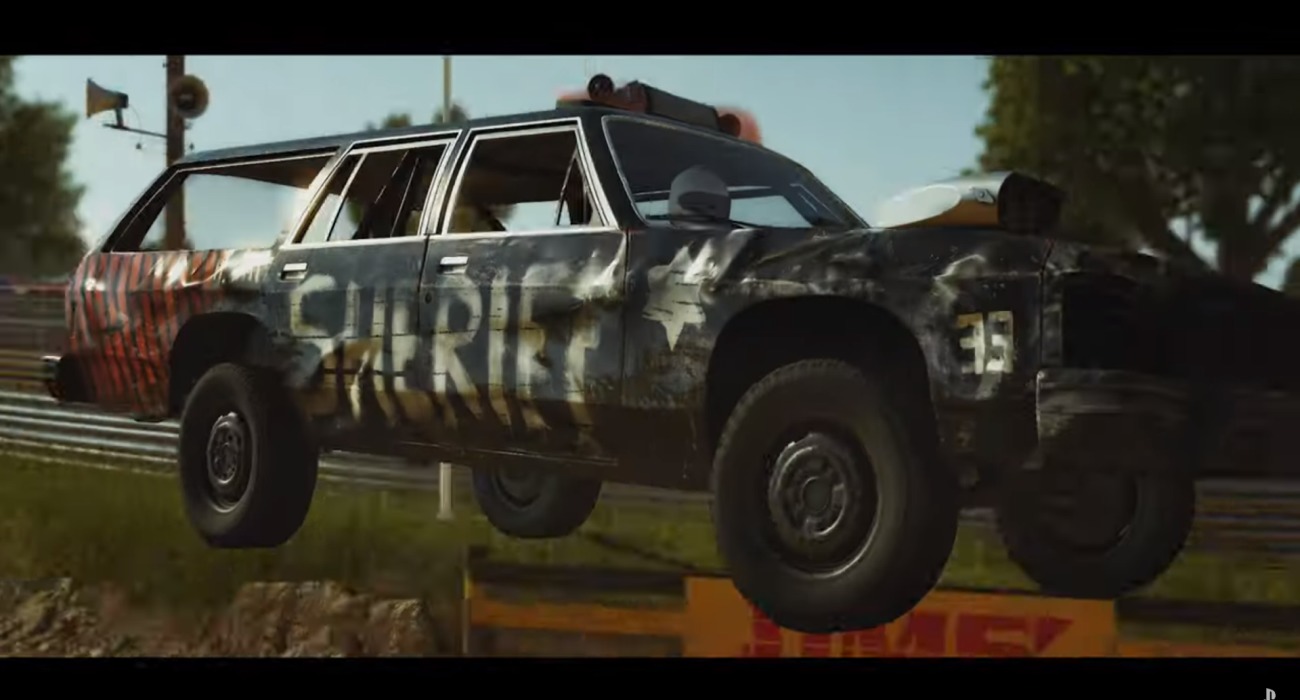 What’s more exciting than ramming a car at high speeds into another vehicle? Nothing. Destruction derby is one of the craziest sports around. The drivers who enter these races are daredevils. The destruction that each race causes is pure insanity. If you’ve ever wanted to experience this type of action-packed driving first-hand, Wreckfest is making it possible.

To celebrate this upcoming racing game for the PlayStation 4, a pre-order trailer was just revealed. It isn’t long, but it gives PS4 users a good idea of what awaits should they pick up this game — which is set to release this month on the 27th.

The trailer showcases some epic gameplay from the game. We seen muscle cars gaining high speeds and avoiding collisions left and right. Cut in between these sequences is real-time cars and drivers. This mix just lets you know the sort of realism that the developers at THQ Nordic are going for with this game. There are cars flying all over the place, which set the stage for the type of pandemonium you can expect with every derby match.

The trailer concludes with the words ‘Drive Hard. Die Last’. Talk about a way to introduce PlayStation 4 console owners to this incredible racing game. Wreckfest has been out for a little bit on the PC. For the most part, it has received a lot of positive feedback. PC users rave about its destruction mechanics. The way pieces of metal shed off vehicles when hit just add to the overall realism.

Destruction derby has always been an interesting niche in car sports. Instead of relying on skills and exceptional speeds, drivers benefit more from courage and knowing when to ram and go. It seems like THQ Nordic nailed the driving and damage mechanics in Wreckfest.

There is something for every racing fan in this game as well, besides just destruction derby. For example, traditional races are accessible for those that want a more conventional racing experience. Those just looking for a good time will enjoy the derby mode more, though.

There are no rules. You just need to be the last driver standing. It appears that there is a good variety of vehicles to choose from, which should keep the driving mechanics fresh. Some will be fast and nimble while others will be strictly for causing damage. You get the choice as far as how you approach each derby match. Again, this all-out action racer can be pre-ordered right now.