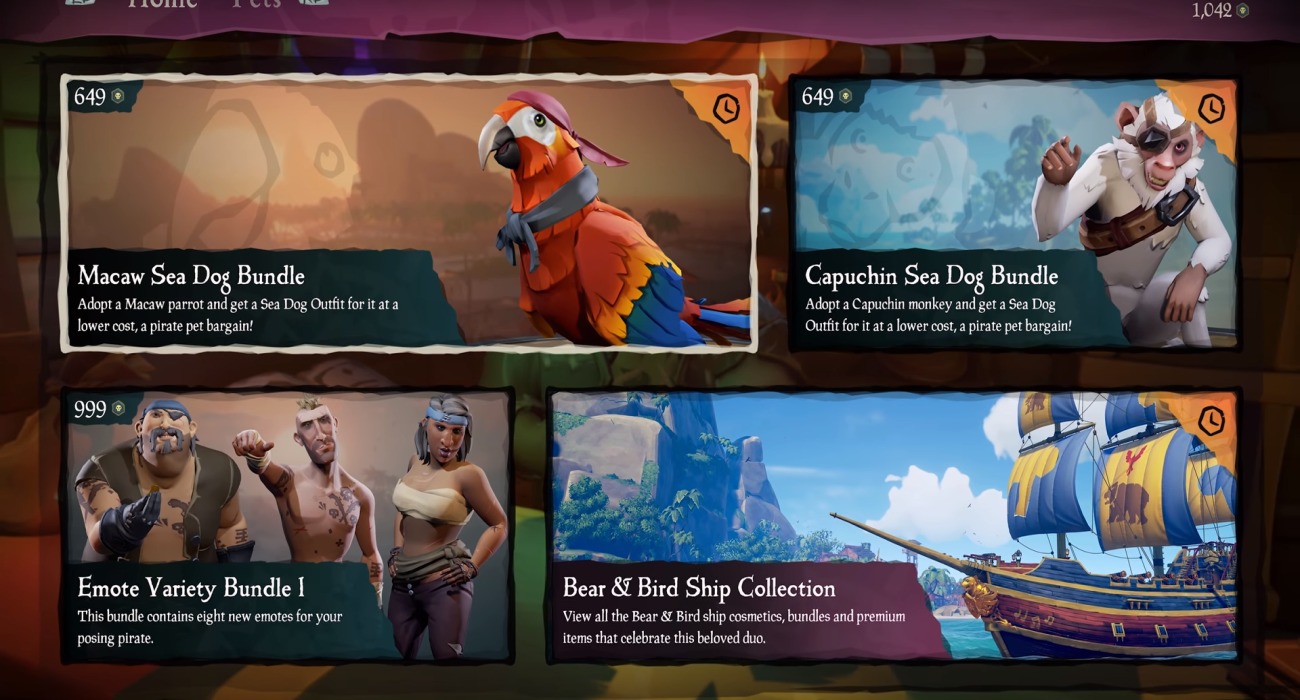 Sea of Thieves is one of the better pirate action-adventure games you can get your hands on today. It offers epic adventures across the vastness of the open waters. You can sail solo or in a group of four. The later is particularly fun when completing quests. The game started off a little rocky, but since its launch, it has received a lot of great updates.

A new one just went live for Xbox One and Microsoft Windows, which is called Smuggler’s Fortune. It’s bringing a lot of improvements to gameplay and introducing a new feature that should make the vastness of the ocean more enjoyable.

Let’s start off with the new voyages as they seem pretty intriguing. The Mercenary Voyages are free to accept and give you the opportunity to build up your Dubloon collection. The next quest — called Rag and Bone voyages — involve you looking for hidden crates. Both seem like fun voyages to complete with a party.

Probably the most important change worth mentioning from this latest patch is the addition of pets. That’s right. You’ll be able to sail the seven seas with a trusty companion. You can now buy monkeys or parrots to accompany you on your voyages. They can be purchased with a new currency called Ancient Coins. You can either earn these coins in the game itself or just purchase them with real money. The latter obviously will be much quicker.  The choice is completely up to you.

Whichever pet you choose, you’ll be able to name them. You’ll also be able to choose where they stay on the ship. For example, you can keep them in a cage in the captain’s quarters or you can station them on the ship’s wheel. When you get off the ship, they’ll come with you. It’s a great addition that certainly comes in handy when tackling the seas solo.

There aren’t any official reports of more animals coming to the game, but it would make sense. Rare could update the pets with all sorts of creatures, including seagulls and dogs just to name a few. What’s also interesting to find out is the pets will react to your emotes. So how you react will affect your pet’s behavior.

Smuggler’s Fortune seems like a great update that just makes Sea of Thieves an even better action-adventure game. Updates like this have been pretty consistent, so let’s see if Rare can keep these improvements going.