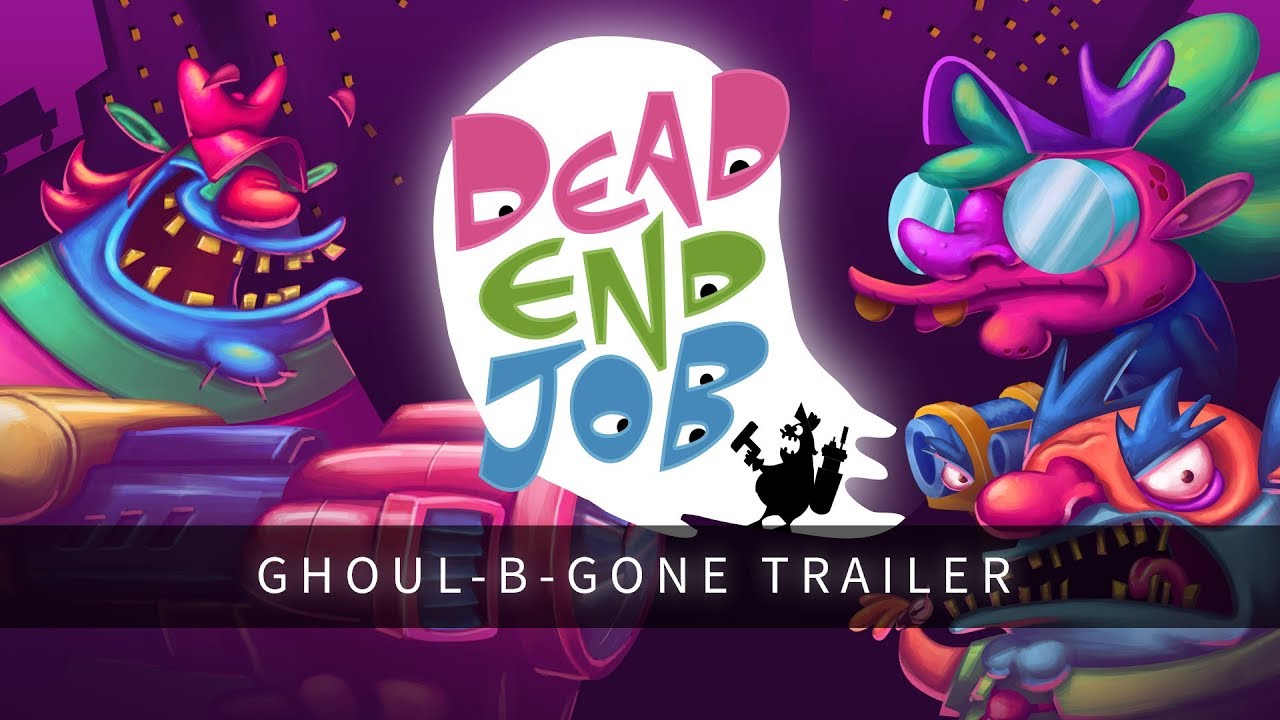 Winter seems like an odd time to go ghost hunting, but that’s not stopping Dead End Job from arriving. A wacky, madcap adventure that takes many cues from 90s cartoons, and another notch in the belt for the couch crowd. Pushing the concepts of absurd and stretchy to the absolute limits, it takes the indie shooter to some truly kooky heights.

In Dead End Job, you take on the role of Hector Plasm, working for the (self-proclaimed) number one experts in paranormal pest control, Ghoul-B-Gone. Your ‘days at the office’ consist of visiting haunted offices, abandoned buildings, restaurants, anywhere the company decides to send you that’s in need of some unwanted guest eviction. Armed with a vacuum pack and a plasma blaster, do everything you can to send these specters back to the afterlife.

Dead End Job is a procedurally-generated twin-stick shooter. One controller dictates movement, the other your ammo. Not only that, it offers seamless drop-in/drop-out multiplayer fully integrated with the main story. Chock-full of ludicrousness, insanity, wacky gross-out gags, and a vibrant, screwball art style reminiscent of the classic days of Nickelodeon, Dead End Job seems intent on making players laugh themselves sick as well as go gangbusters in their ghost-hunting.

Catching ghosts is only one factor of the game, however. As you progress through the levels and suck up everything with ectoplasm, you’ll have to rescue any survivors you come across. And you’re rewarded for doing so; rescued civilians are added to your bill at the end of every mission, so you’re encouraged to search and rescue as much as possible to earn the highest score–and the biggest paycheck.

Ant Workshop, the minds behind Dead End Job, are a ‘microstudio’ based in Edinburgh, Scotland, founded January 2015, with a focus on independent games with off-beat humor. Their initial title, a 2D puzzle platformer named Binaries, earned them acclaim and a BAFTA nomination. But in addition to creating their own IPs, they also help other indie devs port their games over to the Nintendo Switch.

Dead End Job is slated for a December 13th, 2019 release date and to be launched on the Nintendo Switch. 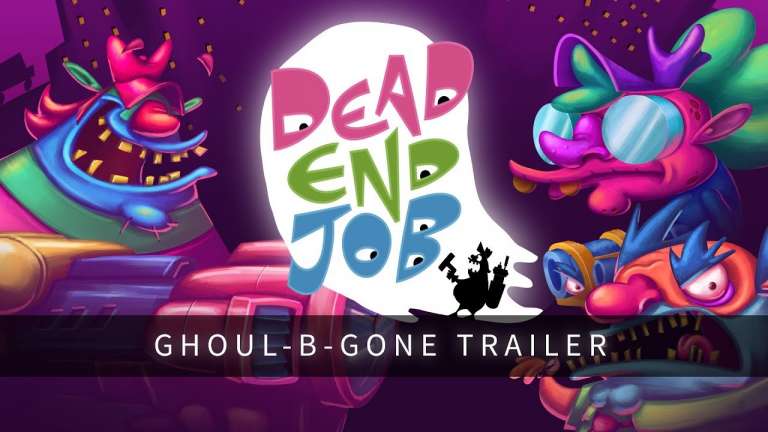 Nov 10, 2019 Shayne Brown 830
Winter seems like an odd time to go ghost hunting, but that's not stopping Dead End Job from arriving. A wacky, madcap adventure that takes many cues...