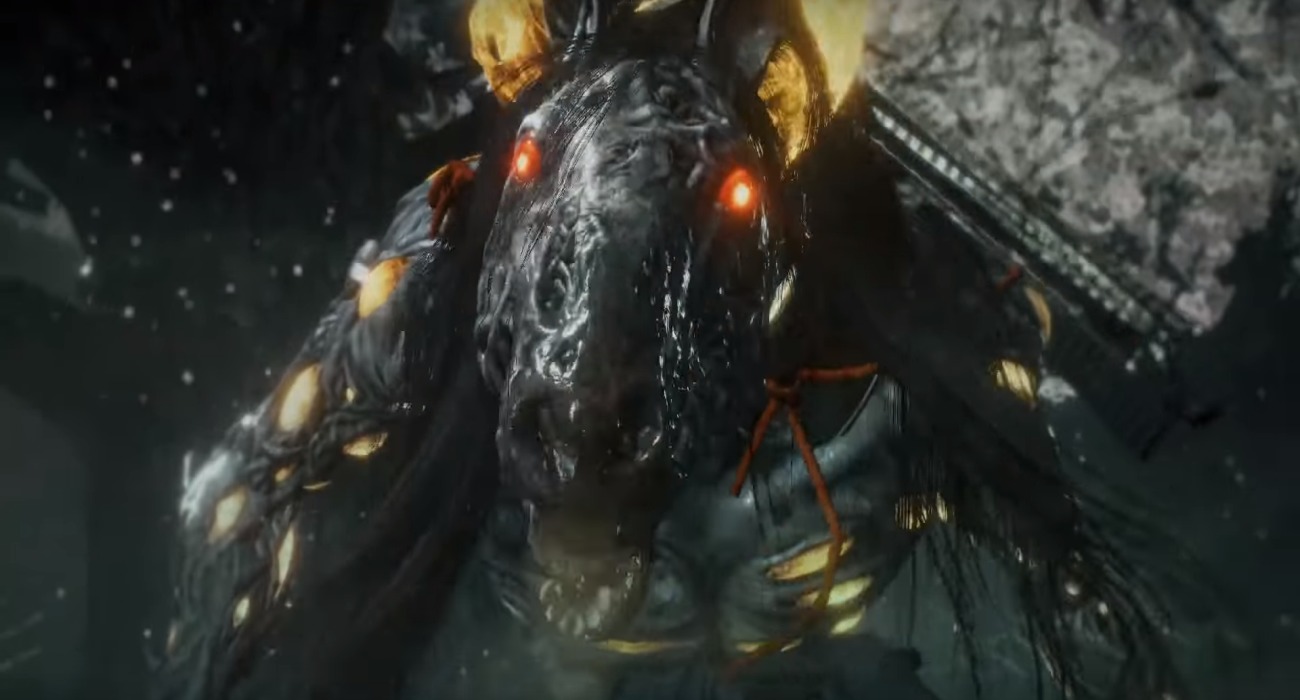 This year’s Tokyo Game Show was pretty epic. We learned a lot of new things about the highly anticipated Death Stranding. There were also trailers of the Final Fantasy 7 Remake, Dragon Ball Z: Kakarot, and Project Resistance from Capcom. One of the more anticipated announcements from the event was Nioh 2.

This amazing RPG from Team Ninja has been on the watch-list for a lot of gamers as of late, and for good reason. The original had an amazing story and interesting monsters, so it only makes sense that the sequel would be better in every way. A trailer was shown at the Tokyo Game Show. Although it’s entirely in Japanese, it does give insights on some of the characters, story elements, visuals, and most importantly, the monsters. Let’s break down everything that we know so far about Nioh 2.

Right away, we kick off with some intense action sequences. The visuals are much improved compared to the original, featuring vibrant backdrops and stellar weapon designs. A huge reason why the first Nioh was successful was because of its action-packed combat. Well, it looks even better in the sequel if the action shown in the trailer is accurate.

The monsters steal the show in the trailer, however. One of the first creatures featured is some sort of horse hybrid. His hulking size makes him an intimidating foe that you know is going to put up a fight. We see the user land blows using some sort of whip-like weapon. It seems like Team Ninja isn’t leaving you hanging in the weapon department. You’ll need these special items if you hope to prevail in battle.

The next monster looks like some sort of jaguar. Instead of having a lumbering design, it’s agile and is shown with a lightening-fast spinning attack. You’ll need to be on your toes to dodge it. The spider/demon monster really stood out. It looks like something from a Silent Hill or Resident Evil game.

Team Ninja has the monster designs perfected it seems. That’s great news if you’re looking to encounter strange beasts who all have different attributes and vulnerabilities. Overall, this Nioh 2 trailer is pretty epic. It’s painting quite the picture for fans of this series. We know the game is expected to hit the market sometime in 2020. As we approach its release, you can expect more epic trailers like this. Let’s just hope they do the game justice like this latest one did.

Gears 5 Is The Most Played Game Right Now On Xbox Live, Dethrones Fortnite Which Has Been On The #1 Spot Since Summer 2018

Nov 13, 2020 Chris Miller 8990
Nioh made some interesting waves when it released; featuring much of the brutal difficulty and 'take no prisoners' style of Dark Souls, it offered a...