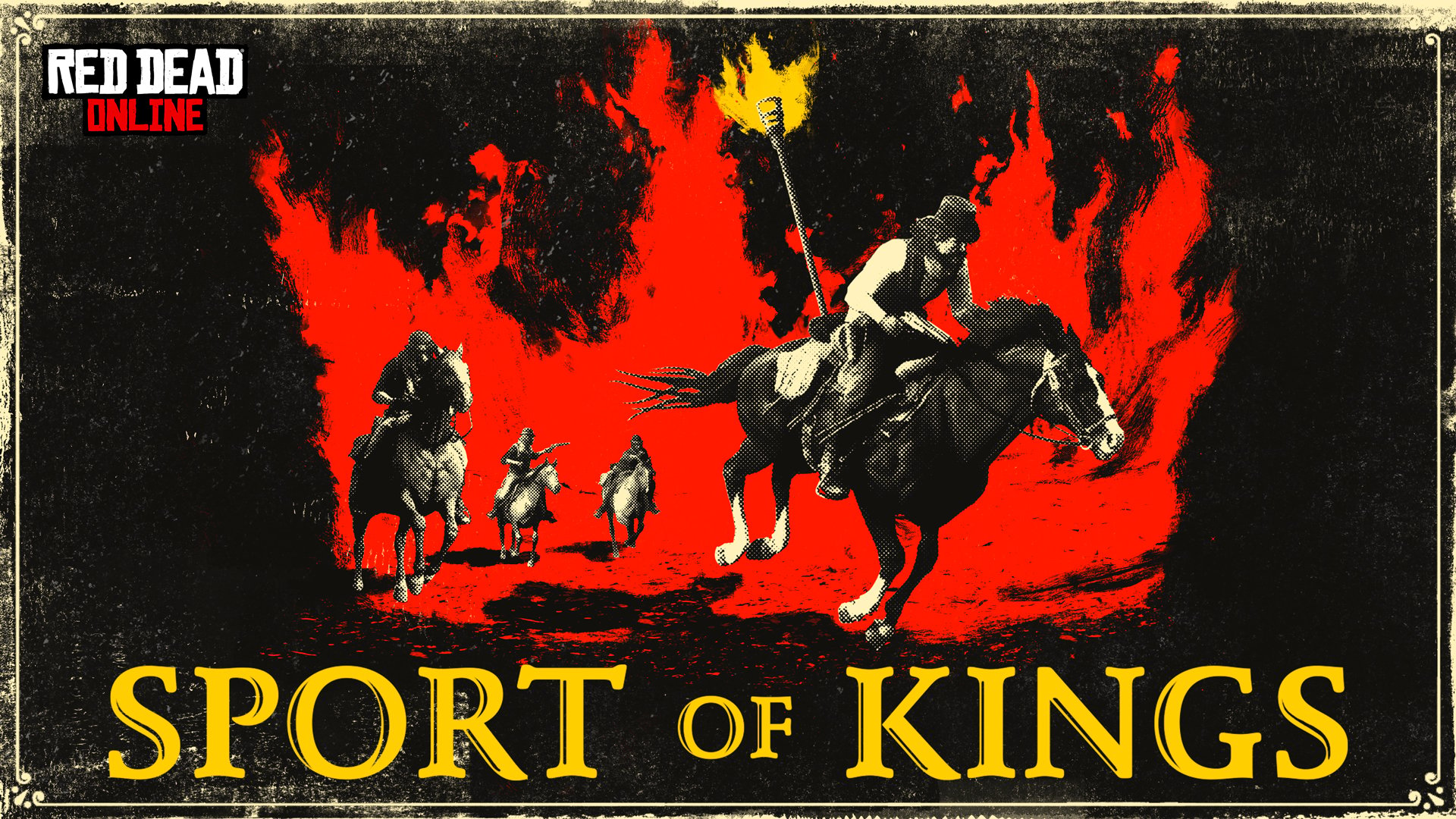 Rockstar Games announced some new additions to the multiplayer aspect of last year’s Red Dead Redemption 2. The next update will include a brand new showdown mode called “Sport of Kings,” which will give players new opportunities to face off against each other for unique awards and rank-ups.

The latest showdown mode, Sport of Kings, is a kind of horseback relay race with firearms and burning torches. Players will need to navigate the backcountry racetrack while carrying a burning torch to achieve victory. To win the showdown, the torchbearer will need to pass through all of the opposing team’s signal fires to score—but even before this, players will need to “seize” the torch before the other team does. Teams will consist of four to eight players equipped with sawed-off shotguns and the possibility to pick up single-shot dynamite bows to keep things interesting.

Each player will need to come with their best horsemanship if they want to walk away with a win.

Battle on horseback to secure the burning torch and ride through all your team's signal fires to score in Sport of Kings, new in Red Dead Online.

And Rank 10 and 20 players get bonus care packages this week.

The new showdown mode was not the only update made to the online game. Rockstar has also announced new clothing items for the Wheeler, Rawson, and Co. Catalogue that will drop later this week. More specifically, developers are offering up three new pieces of gear: the Strung Sombrero, Gibbston Pants, and an all-black Chuparosa Poncho. The sombrero will come in black, while the new pants will feature “hand-cut leather paneling and cross-stitched sides,” which the Rockstar website promises will be “perfect for town or trail.”

But new clothing isn’t all the team is serving up.

On top of the new game mode and accessories, Rockstar is having a promotional week to celebrate the occasion. For the next two weeks, all players will receive an additional 30% XP during gameplay and the opportunity to earn special care packages. The 30% XP boost will surely help players obtain the new goodies.

Sport of Kings comes in the wake of last month’s update for Red Dead Online, which brought poker into the online game as well as new cooperative missions and free-roam game modes—on top of a whole host of other updates for the game.

Red Dead fans can likely continue to look forward to updates from Rockstar.

Sep 26, 2022 Michael Gunn 200
There have been rumblings that Destiny 2 might be adapted for mobile devices at some point. Several patents held by Bungie provide hints to features...

Sep 25, 2022 Tom Lee 570
After befriending her, a fan of The Elder Scrolls 5: Skyrim used Illusion magic on a bandit and heard new lines of conversation. Skyrim's rich magic...

Sep 25, 2022 Tom Lee 430
To address a common gripe from the Call of Duty: Modern Warfare 2 community, developer Infinity Ward has confirmed changes to how lobbies disperse...