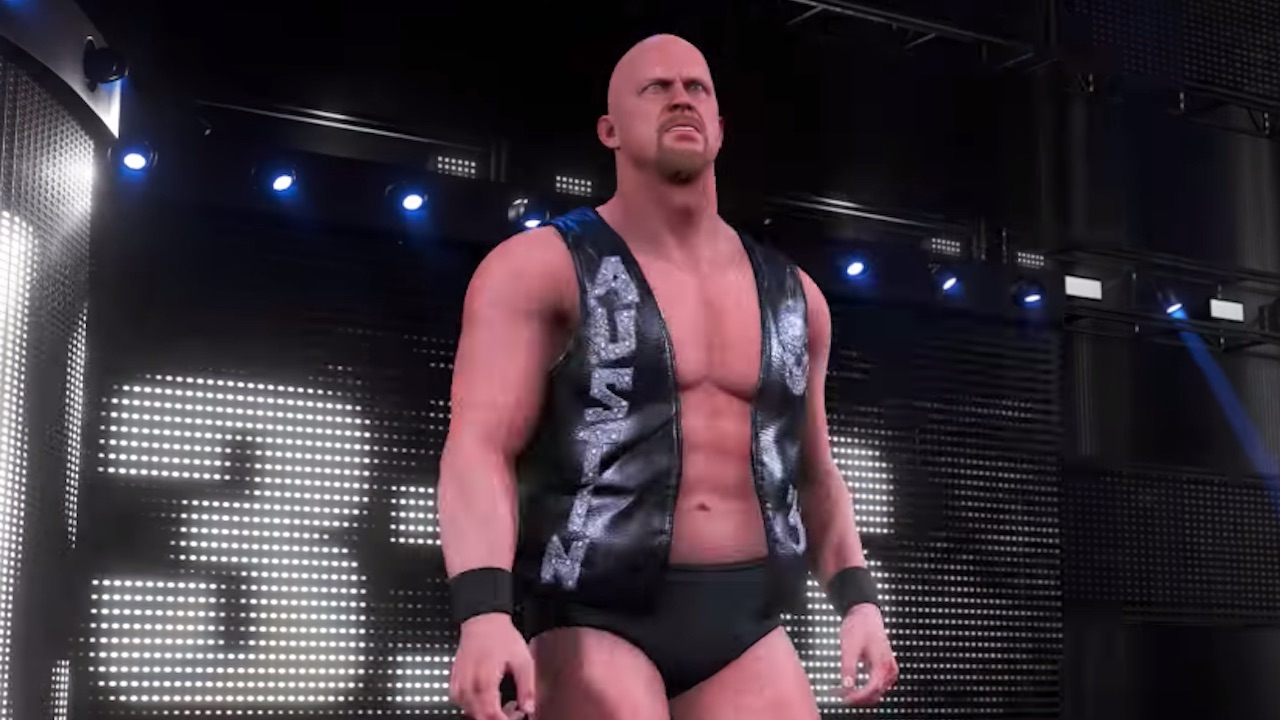 2K’s annual WWE game is due out next month, so the devs are continuing to reveal in-game content, with the latest reveal being the ring entrance of pro wrestling legend “Stone Cold” Steve Austin. Of course, there’s nothing fancy or theatrical about Austin’s entrance, but, with him being arguably the most popular WWE star of all-time, it’s easy to see why his entrance is being used as promotional material for the game.

Steve Austin being a part of a WWE game is hardly anything new, as the hall of fame inductee has been in almost every WWE game since the late-90s. Also, as previously mentioned, he’s arguably the most popular superstar in pro wrestling history, so it makes sense to have him in the game, even though he hasn’t wrestled since the spring of 2003.

While this year’s game isn’t being built around Austin’s career, he was the focus of WWE 2K16’s Showcase mode, as he was the game’s cover star. But, the two main single-player modes (Showcase and 2K Towers) in WWE 2K20 will be built around current stars Becky Lynch, Charlotte Flair, Bayley, Sasha Banks, and Roman Reigns, with the women getting the Showcase mode, and Reigns being the focus of 2K Towers.

As of this writing, 2K hasn’t revealed anything new in terms of single-player content for their upcoming WWE game. But, there is one thing that players are hoping they’ll reveal, which is that General Manager mode will be making its return in WWE 2K20.

It’s been over a decade since the GM mode was in a WWE game and with the company planning to go full steam ahead with brand exclusivity after SmackDown moves over to Fox next month, it makes perfect sense for the mode to make a comeback.

Since GM mode was taken out of WWE’s annual video game, it has been replaced with the far less popular Universe mode, which is somewhat similar, but instead of being in control of just one brand, players are put in control of every show that happens under the company’s banner.

Aside from a brief tease via Xavier Woods, there hasn’t been any news regarding the return of GM mode in WWE 2K20. But, we still have a few weeks to go until the game is officially released, so the mode could be announced very soon.