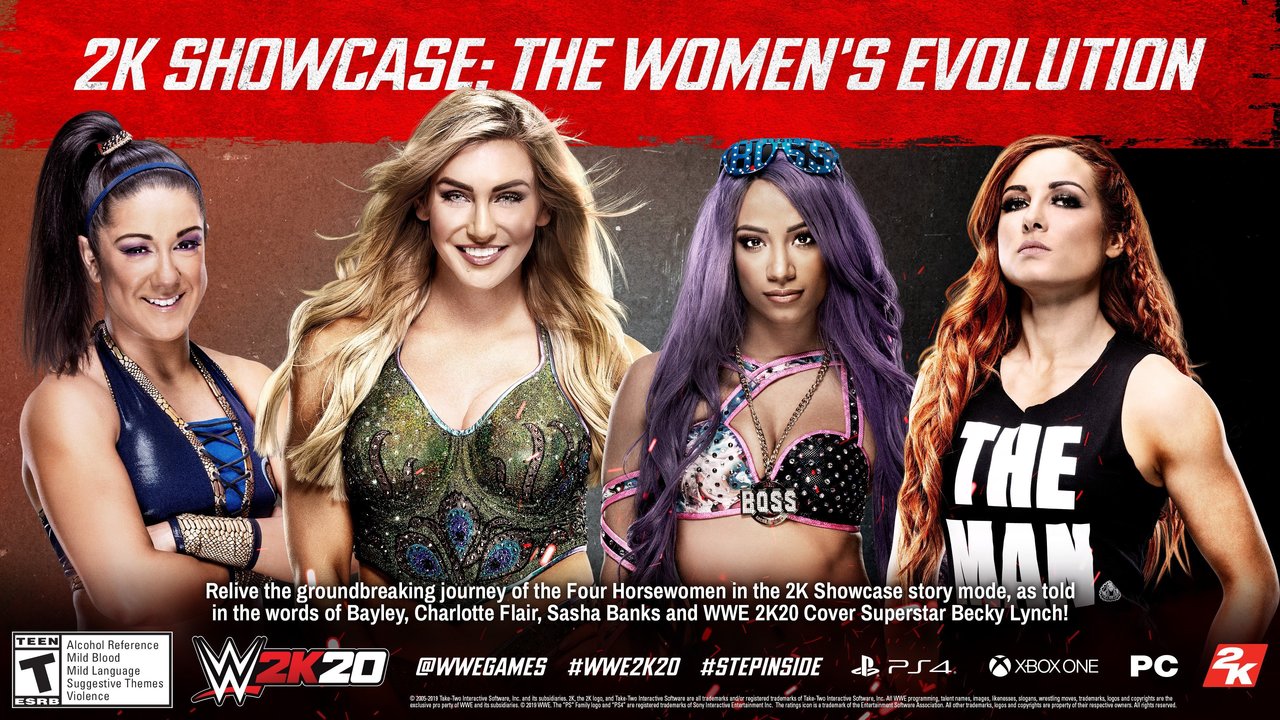 Now that we’re roughly a month away from the release of WWE 2K20, 2K Sports is beginning to release a ton of information about the game. However, one of the most critical bits of information, which is gameplay, hasn’t been revealed in any of the trailers. Instead, the developers have decided to only use real-life footage to advertise their game as opposed to showing if the game will be any different in terms of gameplay.

Of course, 2K has released a few WWE superstar entrances, with the most notable one featuring “Stone Cold” Steve Austin. But, so far, no in-match action has been shown off by the devs.

The theme of not showing gameplay continued in 2K’s latest trailer for WWE 2K20, which focused on the Showcase mode featuring the Women’s Evolution (Bayley, Sasha Banks, Charlotte Flair, and Becky Lynch), which you can check out below.

The matches for the Women’s Evolution Showcase mode are listed below, as there are 15 in total.

Other than the Women’s Evolution Showcase and the Roman Reigns 2K Towers mode, there hasn’t been much information revealed about WWE 2K20’s single-player content. What will be different about the career mode in this year’s game? What about the Universe mode? And will General Manager mode make its long-awaited return?

Those are all questions that have gone unanswered as of this writing, even though we’re only a month away from the game coming to the PlayStation 4, Xbox One, PC, and Nintendo Switch.

The scheduled release date for WWE 2K20 is October 22, so hopefully, we’ll see some gameplay before then.