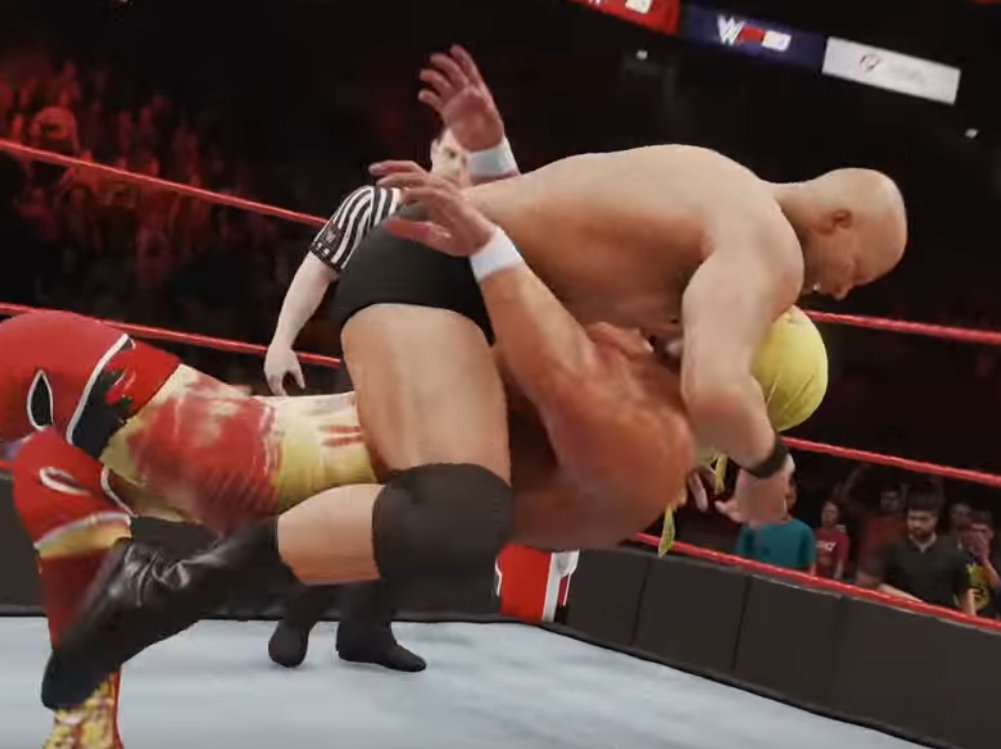 The newest game in the ongoing WWE series, WWE 2K20, has had a disastrous rollout. A series of nightmare-inducing glitches have plagued the early days of the game, lighting Twitter ablaze with the hashtag #FixWWE2k20.

Some YouTube videos and streams have run the gauntlet from hysterical to downright frightening, as the massive roster of WWE superstars merge into one another, have random eyes on the top of their heads, or sport grotesquely large heads with no faces.

To say that developer 2K has egg on its face would be a huge understatement. The developer has reportedly been scrambling in the last week to come up with some kind of response to this massive fiasco. PlayStation has even been issuing refunds to disgruntled gamers who voiced their displeasure with the release within the first few days.

2K has broken its silence on the matter, reaching out via the game’s official Twitter account to let players know that they are working on resolving these ongoing issues.

In the official tweet, featured above, 2K confirms the issue, vowing to “investigate.” They expect to have an initial patch to correct these glitches within two weeks and are expected to issue additional patches over time.

While periodic patches are the norm with modern games, there has not been this much urgency regarding a patch update in recent memory. It harkens back to BioWare’s disastrous rollout of Mass Effect Andromeda, where glitches impacted the main storyline of the game. Andromeda’s glitches led to mission-vital NPCs appearing in the wrong place, blank expressionless facial animations, awkward limb movements and more.

While BioWare eventually corrected the glitches through a series of patches, it was too little too late to salvage the title’s plummeting reputation. It stands to reason that 2K will have to move quickly and provide a lot in terms of extras if they are hoping to curb mounting fan distaste that could stain the future of the franchise itself.

Perhaps the most disappointing aspect of this glitchy release is the potential that a lot of players saw in this game. For starters, it is the first game in the WWE franchise to feature a female wrestler on the cover. It also boasts the most expansive “My Career” mode in wrestling game history. But the main draw of the game is the massive roster of more than 190 current and former WWE and NXT superstars.