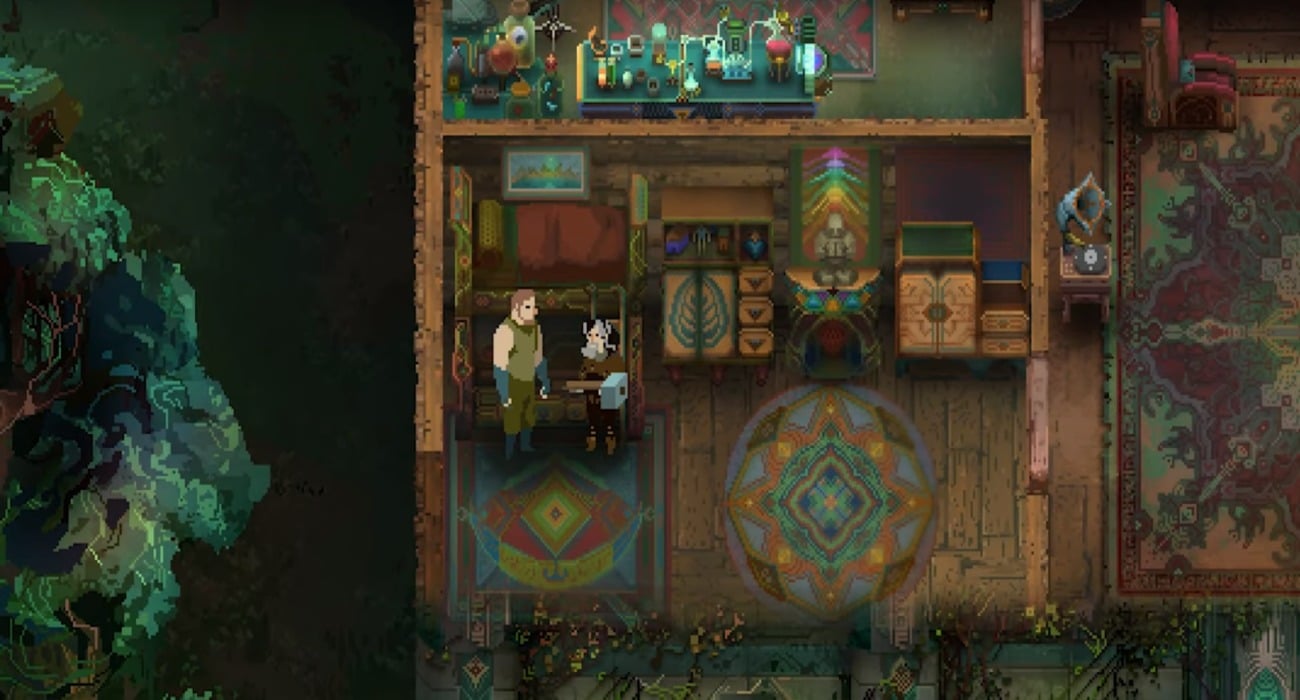 The roguelike genre of gaming has been pumping out a lot of titles as of late. They often have a retro vibe thanks to their pixel graphics. These characteristics are on full display in Children of Morta, which is officially out now for PC users. You can pick up a copy via the Steam platform. It’s a pretty great game from the people at 11 bit Studios.

The game follows along a legendary family, the Bergsons. They set out on an epic quest to defeat the Corruption. They’re a flawed family, but they stick together during dire times. What’s unique about this RPG is it focuses heavily on emotions. Love and happiness, for example, are themes broached often and with exceptionally grace. The Bergsons become a family you can truly get behind, hoping that they best all enemies that stand in front of their unity.

As the Corruption grows closer and closer to Mountain Morta, this family has to do what few are willing to sacrifice. Don’t worry, though. The family is properly fitted with weapons and special attacks. The developers wouldn’t leave you hanging without a shot of victory.

You can experience Children of Morta solo or co-0p. The latter is particularly great because it lets you and a friend team up against some epic foes. Taking out enemies together is a thrilling experience all the way through. As far as the family’s combat, each character is given unique attributes and abilities.

For example, one family member may rely on heavy blows while another may be more agile and great at counter attacks. You’ll have plenty of time to discover each member’s strengths, fortunately. Best of all, which family member you play with is completely up to you. This gives you added freedom in terms of the tactical approach you take to combat.

As mentioned up above, Children of Morta has pixel graphics. You can tell the developers poured their hearts and souls into every level. The game is dripping with personality and leaves you satisfied after hours in the story. When you’re not dealing with impending doom from the Corruption, you’re learning about what it truly means to be a family. More games could certainly leave us with these heart-warming themes and messages.

If all of this fun, family action sounds like your type of game, head on over to the Steam store. The game is currently priced at $21.99.

Aug 12, 2021 Harry Alston 15350
Frostpunk 2 has been announced. After a long and successful run, with multiple DLCs and appearances on Game Pass, Frostpunk is getting a sequel. And...