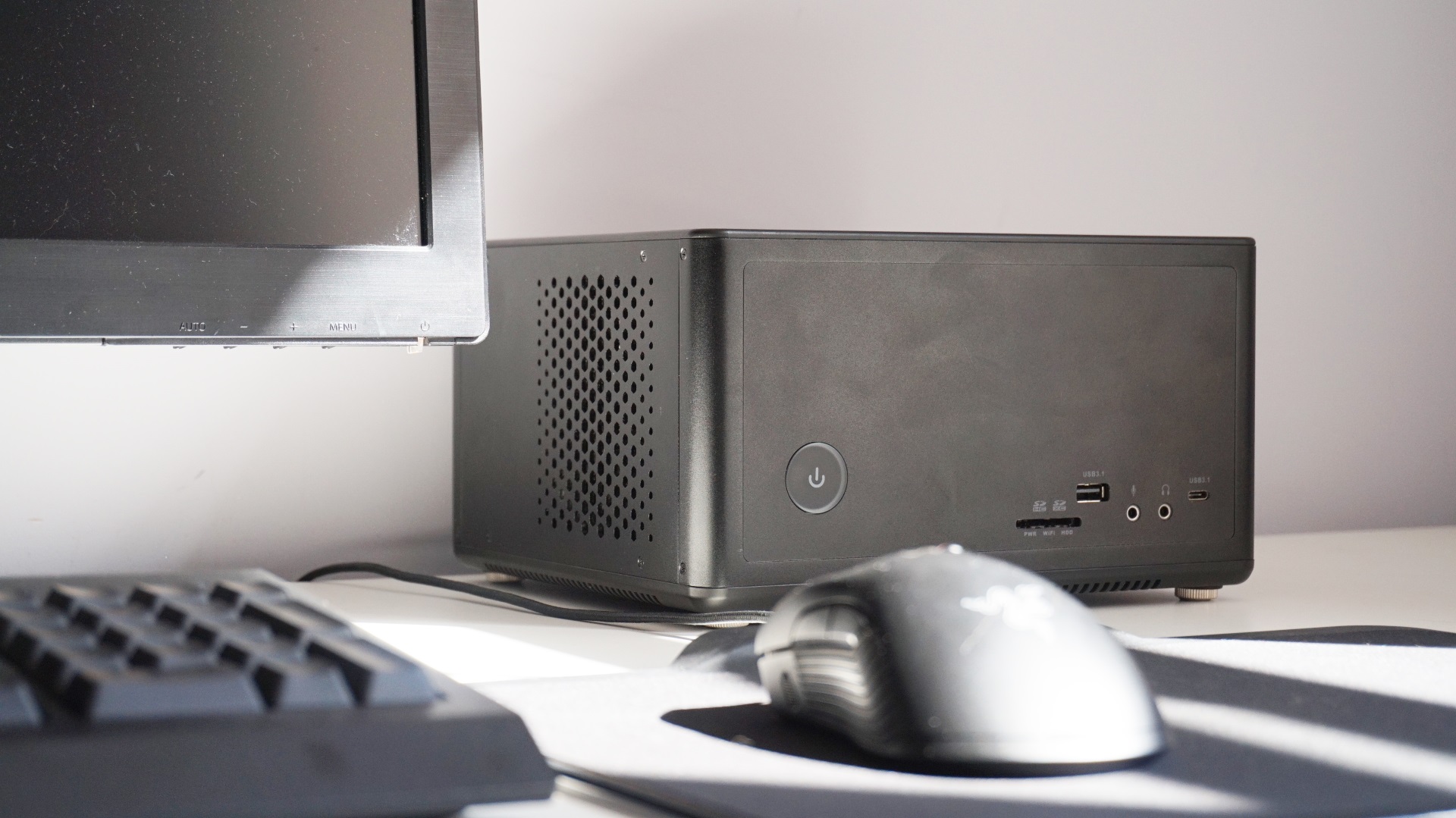 Hong Kong-based tech company Zotac announced the release of ZBOX MAGNUS E Series ZBOX Mini PC. It sports a compact design but packs powerful performance to run heavy tasks. So, whether you are into creative workflows, home entertainment, virtual reality, and even gaming, it can comfortably handle your needs.

”The future of creating can be achieved on a thin and powerful compact system powered with a 9th Gen Intel® Core™ processor and a discrete NVIDIA GeForce RTX™ graphics card.” Wrote Zotac on their official website. ”Equipped with premium connectivity, the all-new MAGNUS E Series Mini Creator PC enables everything from demanding workloads, creative workflows, home entertainment experiences, and virtual reality, gaming, and much more.”

The main highlight of this mini PC is the compact design. It is 62.2mm / 2.45in thin. Unlike your typical gaming rig that is tucked in a mid-tower chassis, this one doesn’t need a lot of space at your workstation. In fact, you can rely on it if you are the on-the-go gamer.

The new ZBOX MAGNUS E Series ZBOX Mini PC packs the latest processors. But you will find two variants. The high-end model has been configured with a six-core 9th Gen Intel® Core™-i7 processor while the base version packs an Intel® Core™-i5 processor. The GPU is the powerful NVIDIA GeForce RTX™ 20-Series. As you are aware, this is the crème de la crème in the GPU wars. It can support Ray-Tracing, 8K RED realtime video REDCINE-X PRO.

Normally, with such minute systems, the connectivity is among the aspects that are compromised. But still, the ZBOX MAGNUS E Series is well endowed with desktop-sized connections. It features two HDMI ports, and DisplayPort 1.4 – there’s nothing else you’d need if you are pairing it up with the latest monitors. Zotac also included four USB 3.0 ports and USB Type C which can support up to four displays.

When it comes to memory and storage, MAGNUS boasts support for up to 32 GB DDR4 memory. The RAM can be accessed without any tools for easy customization. This mini PC can also support Optane Memory, M.2 SSD, and a 2.5″ HDD/SSD bay.

No information has been revealed regarding the pricing and availability of the new MAGNUS E Series ZBOX PCs. But the two variants have been confirmed; MAGNUS EN52060V (Intel Core i5) and MAGNUS EN72070V (Intel Core-i7).

Anthem's Cataclysm Event is Open to Everyone Regardless of Character Level; Look for Ominous Hole in the Sky

Nov 28, 2020 Chris Miller 14250
NZXT is under fire from some PC enthusiasts for having a possible fire hazard in the NZXT H1 Case model, affected both black and white models; sales...