“Impressively underwhelming” is really the best way to describe the trailer, and it’s putting it kindly.

For starters, if you haven’t heard of YC Games, don’t sweat it. Googling the name only returns a few games from the Android app store, which might not even be the same YC Games. On Steam, Blood of Steel is the only game they have under their name.

YC Games is a Chinese development company that has been developing Blood of Steel over the last couple of years. The first trailer for the historical MOBA was released in September of 2016, and the game seems to have remained their flagship for the time since.

But what does that mean for the gameplay trailer?

For starters, the trailer and the Steam page have two entirely different release dates, which is an incredibly bright red flag. The trailer has the game being released as early as November 28th, ten days from now. The Steam page, however, has potential purchasers waiting until January 9th of 2020. There’s the possibility that the release will be delayed for Steam and purchasable from YC’s website at a sooner date.

Past that, the trailer has a severe FPS issue, which isn’t a great look for your gameplay trailer by any means. The graphics themselves are also incredibly underwhelming and look like a PlayStation 2 quality game, or perhaps a game from the very early PS3/Xbox 360 console era.

It’s also quite unclear what’s going on and who the playable characters are. Two military leaders prepare graphically inept troops to charge into battle before fighting each other anime-style in solitude while their armies fight their skirmish a few hundred feet away. While combat is clearly included, it shows no actual gameplay in terms of how you would play, who you would control, or what you could do.

The description of the trailer flaunts the game as an “online multiplayer PvP MOBA game featuring iconic heroes from world history, including Joan of Arc, Julius Caesar, and Alexander the Great.” It goes more in-depth on combat than the actual gameplay trailer does, describing the different commands you can issue to legions of troops that you’ll be in charge of. The online element seems to take place as a ranked attack-and-defend type game in which you’ll grow your own territory by taking it from others.

All in all, the underwhelming trailer appears more as a cinematic trailer from a decade or two ago. Whether the game will be in the same condition upon release is unknown, but only time will tell. 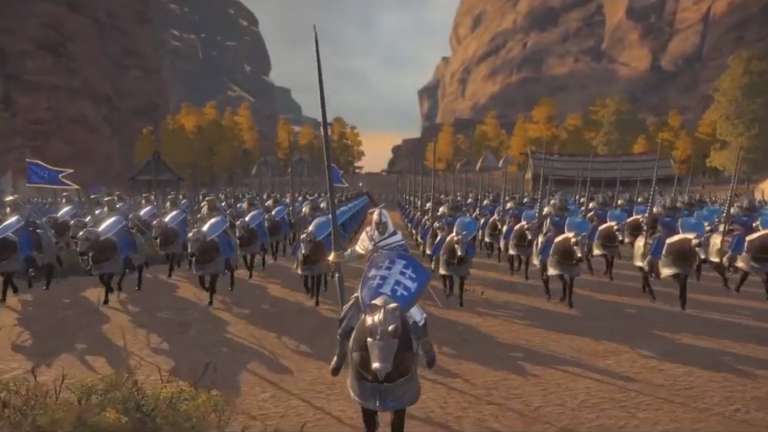 Nov 18, 2019 Kenny Kimberly 24260
"Impressively underwhelming" is really the best way to describe the trailer, and it's putting it kindly. For starters, if you haven't heard of YC...