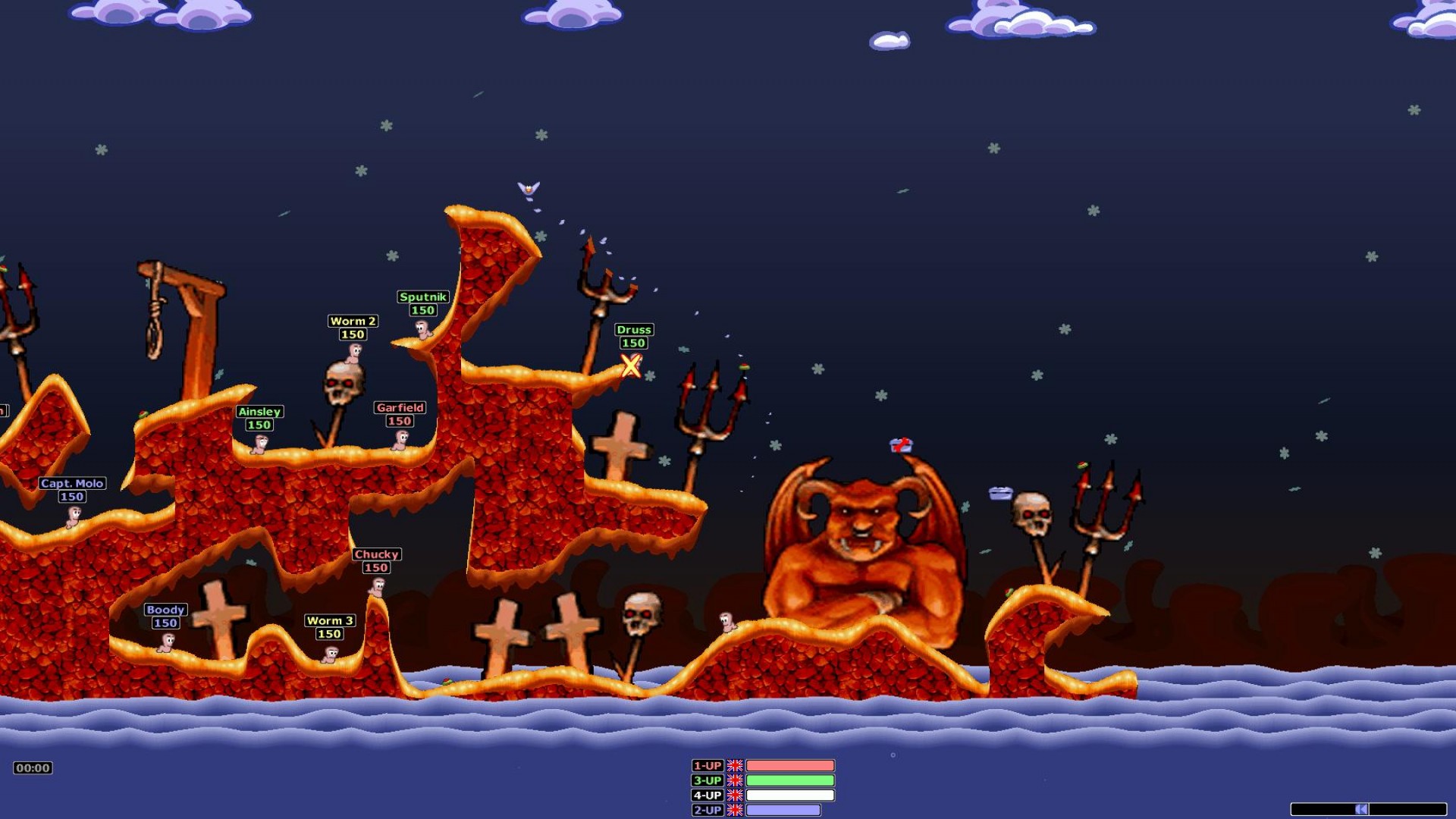 Worms Armageddon, which Team17 released way, way, way back in 1999, just got a new patch. Better late than never, as they say! Joking aside, how awesome is it that Team17 is still supporting their community over two decades later? And this isn’t some throwaway gag. Patch 3.8 is pretty massive.

The official patch trailer, which you can watch directly below, manages to work as a highlight of some of the new features, a welcome-back announcement for veteran players, and even something of a debut trailer for anyone who hasn’t played before. Remember, the game came out before some of today’s gamers were even born. Patch 3.8 just might be their introduction to Worms.

Players have a whopping 70 new scheme options that will allow them to customize their matches unlike ever before. Some of these ideas were taken from the most popular mods that have sprung up in the last couple of decades, so some players should already be familiar with the new options.

In older versions of the game, the framerate was capped at 50 frames per second. That was all the game engine would allow. In this new patch, however, the framerate can go as high as your hardware can support. This could result in some pretty smooth worm action.

Windowed mode! Okay, to be fair, this is an actual better late than never feature. While most of this patch is comprised of awesome new features, this is one that’s been a long time coming.

They’ve also thrown in a few features specifically to make the game more suited for streaming. There’s now an option to keep the audio playing when the Worms screen loses focus. In addition, the new streaming mode will hide IP addresses in online games.

Players can now add CPU teams to online games, which means friends can team up to take down fully AI teams. It’s also possible to host an online game of exclusively AI teams, if you just feel like watching some computer-controlled worms blow each other sky-high. Some people bet on the ponies. Some bet on the worms.

That’s not even all. Team17 has added the option to save maps that have been thoroughly destroyed in combat, they’ve made the game more compatible with Windows 10 machines, added new translations, hundreds of bug fixes, and more.

It’s already pretty unreal that Worms Armageddon got an update 21 years after launch. But to get a patch this big? That’s dedication.

Aug 30, 2020 Seb Bates 850
The Future Games Show at Gamescom turned out to be one of the most hype gaming events of the year, showcasing dozens of games coming out later this...