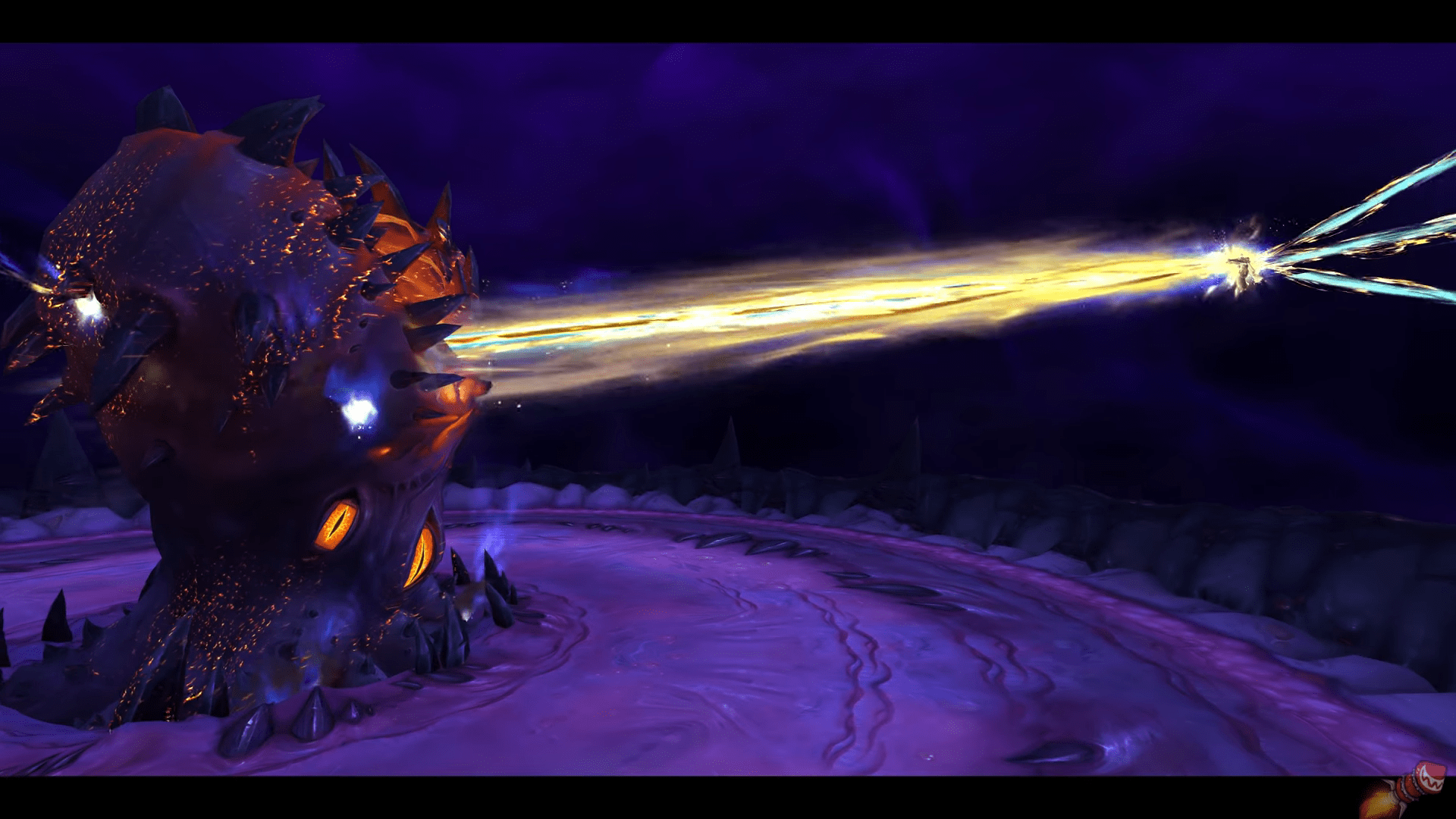 Battle for Azeroth rarely seen thumbs up throughout its lifetime, and the final cinematic suffer the same predicament. For some players, the 12-boss mega raid is just a source of new powerful gear for their characters, while others are wanting to unveil the lore of their beloved role-playing game. N’Zoth, the Corruptor, is considered the weakest of the four Old Gods of Azeroth. He contours one’s mind and manipulates in all evil ways. He is also the last standing of the four.

Blizzard has been teasing and building up for the perfect timing for us to face N’Zoth, and BfA is the chosen expansion. Set in the domain of the Black Empire, Ny’alotha, the Waking City is the battlefield to end it all.

In his final days, N’Zoth’s demise was uploaded by Wowhead for everyone to experience the raid finale. The website is the official World of Warcraft guide go-to for all items such as mounts, gears, and raid bosses. In the video, we see our character come face-to-face with the Old God. The setting is vast, to account for N’Zoth’s size, and it is full of nothingness. “Your world… is MINE,” the God of the Deep says as he lures of toon towards him.

MOTHER then confirms to Magni that our corruption level is reaching 100 percent, and he talks us out to remember that we are the child of Azeroth. Our Heart of Azeroth frees us from the Old God’s corruption, and MOTHER blasts us with Azerite power to defeat N’Zoth. Ny’alotha crumbles to the ground, and the Corruptor diminishes.

In less than 24 hours of upload, the video has accumulated over 120,000 views and about 1,000 thumbs up. However, this is overshadowed by its over 3,300 dislikes. Fans are extending their concerns that the finale is nothing new, generic, and disappointing. Many are pointing out how the cutscene is tightly designed to the Lord of the Rings’ fight against Sauron. “Glad to see we can beat N’zoth and Sauron at the same time! Bye-bye Mordor,” one fan comments.

A few are disheartened by how much the game developers advertise this moment throughout the years. “N’Zoth, last of the Old Gods, a being of inconceivable power, bested by the power of Friendship,” another YouTube user says. An interesting comment points out the possibility that these might not be the end at all. “No way… maybe this entire raid was just a vision,” indicating 8.3’s title is Visions of N’Zoth.

Popular WoW personalities, including the loremaster, Nobbel87, claim it is hard to make justice for the god’s ending. In the end, though, he clarifies he is nothing but disappointed as well.