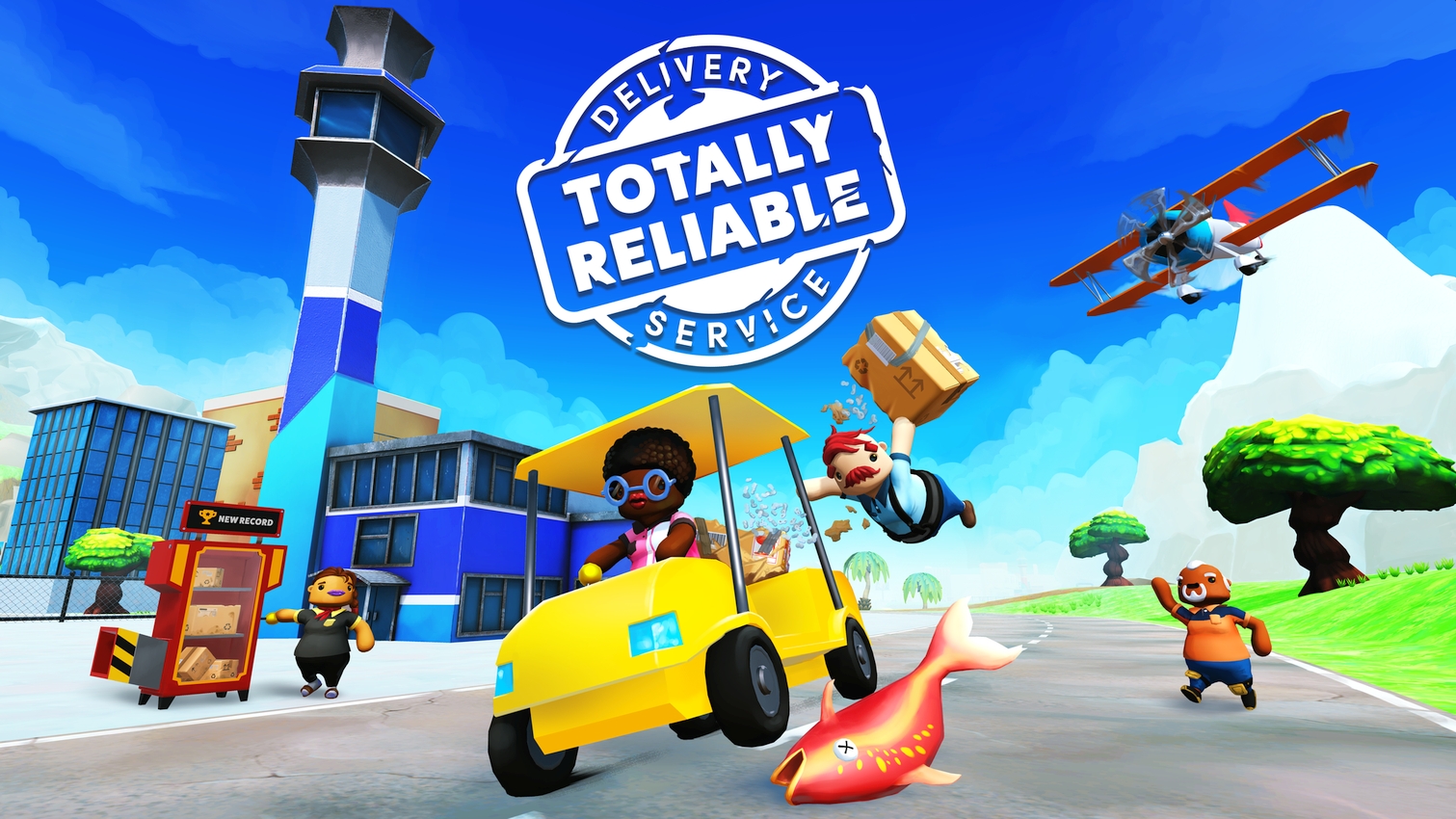 The mobile release of the game on iOS and Android is currently available for pre-registration.

“Buckle up your back brace and fire up the delivery truck, it’s time to deliver! Join up to four friends and haphazardly get the job done in an interactive sandbox world. Delivery attempted, that’s a Totally Reliable Delivery Service guarantee!” states the game’s official summary.

Characters in Totally Reliable Delivery Service are customizable so that players can create unique characters.

Totally Reliable Delivery Service features local and online multiplayer, so friends can strategize how to deliver items quickly and on-time. The game has unpredictable ragdoll physics plus platforming so that players can move normally, but hitting another object may send payers flying.

The world of Totally Reliable Delivery Service features many distracting obstacles and items. There are a variety of vehicles on land and water to play with while on the clock.

Players who pre-register for Totally Reliable Delivery Service will receive a notification on their device as soon as the game is available. There are no pre-registration bonuses. Gamers can also sign up for the game’s newsletter to be notified by email when the game launches.

The biggest bonus for the mobile version of the game on iOS and Android is that they will be available for free. Players can unlock additional content as they progress through the game. The game does have some in-app purchases, but the game is playable without buying them.

tinyBuild has published several indie titles from all over the world. Their releases include popular titles such as Hello Neighbor and Punch Club. One of their upcoming games is the sci-fi horror game Hellpoint.