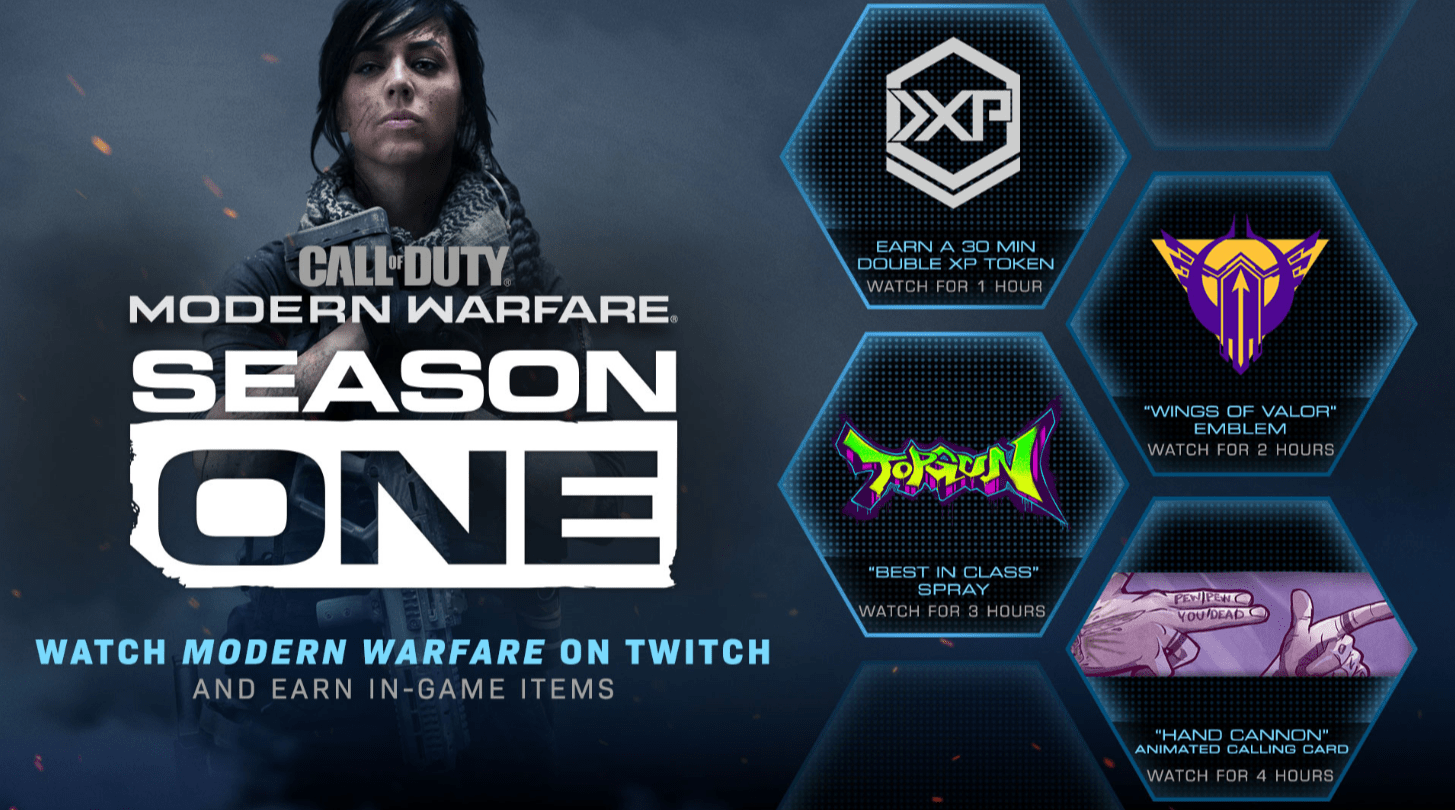 Watching and earning, such a beautiful relationship. Call of Duty: Modern Warfare gamers will have an extra incentive to put down the controller for a bit and watch their favorite Twitch streamer.

Activision and Twitch have teamed up again, and this time it’s to celebrate the launch of Season One.

All eyes on Season One 👀

Call of Duty fans can watch Modern Warfare streams on Twitch and earn in-game bonuses from December 3rd until December 10th at 10 am PT.

The first step to get into the action is to register a Call of Duty account through the official Call of Duty website. If a gamer already registered their account, then they’re all set!

After the account is registered, the gamer needs to link their Call of Duty account with their Twitch account. This goes without saying, but if someone doesn’t have a Twitch account, they need to make one.

Also, if a gamer already linked their two accounts before, they need to re-link them again.

Once the accounts have been created and linked, then the gamer is ready to watch Modern Warfare and earn rewards. To make sure the player receives the in-game bonuses, they need to make sure that the Twitch streamer their watching is “drop eligible.” To do this, make sure there is a callout that states that “drops are enabled.”

Gamers can watch multiple streams at a time, and as long as each player is “drop eligible,” total watch time will be tallied up.

So, what are the incentives for doing this besides entertainment? The in-game bonuses are given out in a tiered system, with the more hours watched, the better the reward.

If a gamer is interested in earning rewards by watching Twitch streamers, but have a tight schedule, then they should get started soon, as they only have a week to accumulate four hours.

Follow the link in the tweet that’s embedded in this post. It goes to a blog by Activision that has thorough step by step instructions in creating a Call of Duty account, as well as linking and re-linking that account with a Twitch one.