Warhammer: Vermintide 2 Brings Out The Final Chapter In the Curse Of Drachenfels Arc 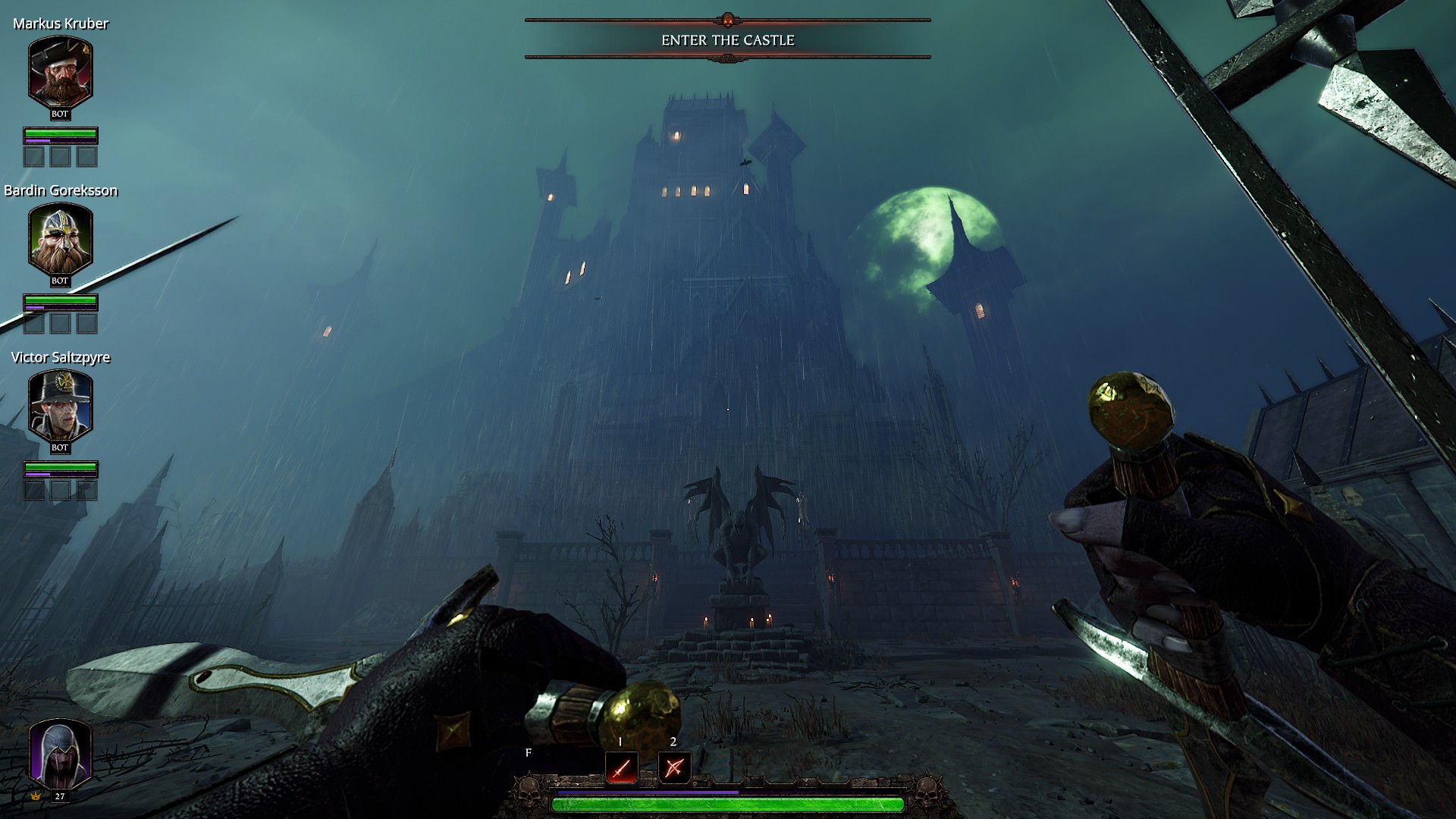 There’s a 1.24GB update waiting for Warhammer: Vermintide 2 players today, and with it comes the opportunity to stomp a grotesque nemesis into the ground: Nurgloth the Eternal.  Heroes will now have the opportunity to put that name to the test as they roam through the final chapter in the Curse of Drachfels update called Enchanter’s Lair.  The DLC is completely free, courtesy of the new in-game microtransactions that developer FatShark is trying to use to fund further updates of the title after multiple DLCs simply fell flat on their face upon launch.

The entirety of the Curse of Drachenfels arc has been an absolute blast to play through, bringing new locations to swarm the Ubersreik Five at as they cut a swath path through disgusting vermin.  This final chapter is the proverbial feather in the hat of the most recent arc; the locations are grandiose and foreboding simultaneously as players once again roam the halls of Drachenfel Castle.  To that point, there are many assets that players will readily identify as they romp through the halls once littered with grandeur; many areas are similar to the first Vermintide Drachenfels castle, although there are new areas that intertwine through the labyrinthian halls.

It’s not a complete one-for-one release of Drachenfels Castle, but fans of the first title will stumble across areas that they instinctively know, and it will bring a modicum of benefit to the rest of the party.

'He is in there, isn't he? There's a peculiar stench.'

The final chapter of the free Curse of Drachenfels update is live now on PC! ⚔️

Playing through the final chapter, it’s clear that FatShark have figured out solid pacing and progression in their level layout; heroes alternate quickly between exploring puzzling designs that move the party ever closer to the objective, to placing their backs against the closest wall and cutting through hordes of enemies that cover the screen. It’s frantic and exciting, while still leaving time for the heroes to appreciate the set dressing and background of the levels.

The only true thorn in the side of Warhammer: Vermintide 2 remains to be the separation and earning of loot, which is apparently destined to remain as part of the core gameplay loop.  The loot consistently offers a modicum of upgrades, typically only increasing a player’s strength by a few points with every map cleared.

The crafting system is gambling at best, and frustrating to work through as you’re simply trying to get a specific modifier to make more brutal difficulties a bit easier to fight through.  It’s also part of the core experience for upgrading your character, so every moment you spend frantically hacking your way through hordes of vermin will be matched by puzzling over a counter-intuitive crafting system that, frankly, appears added only to encourage further grinding.

If you can grit your teeth through the crafting and looting aspects, however, there is something absolutely fantastic waiting for players to explore with the first arc coming to a close.  The only question remaining for FatShark to answer is ‘When can we expect the next arc?’

Call Of Duty: Warzone Is Receiving New Content Today, Including Weapons And An Operator