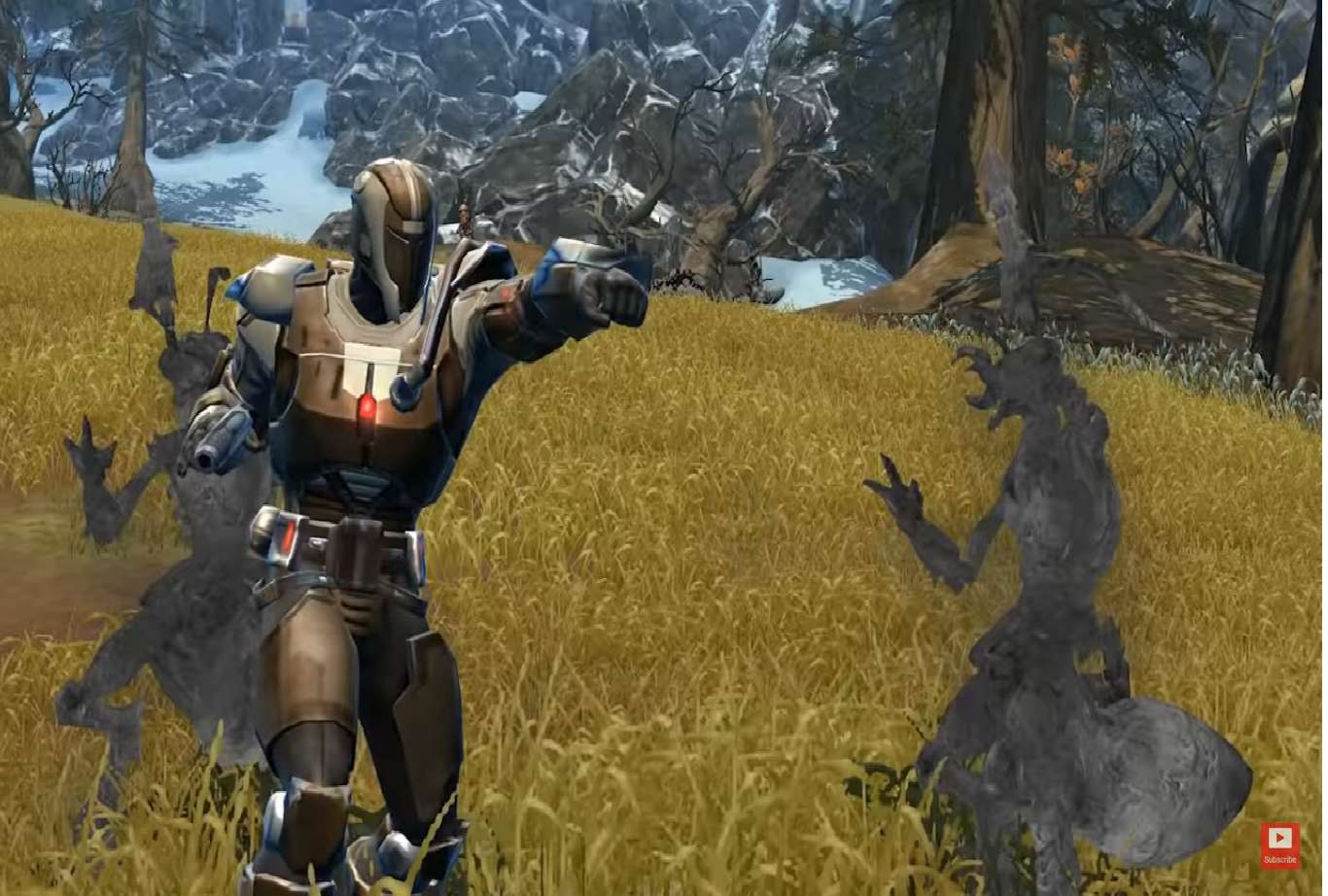 Vanguards and Powertech are the ranged tank/DPS classes for the Trooper and Bounty Hunter, so their tacticals boost these abilities. These two classes have also gained a new set bonus for them to mess around with, as well as fixes to other sets.

The new set bonus is Emergency Power, which grants +2% Endurance at two pieces, Energy Shield’s duration increased by 5 seconds at four pieces, and at all six, activating Power Yield grants a major absorb shield for 3 seconds.

The Right Price is the last set that had a fix, but only for the 6 piece bonus. It now has it so each time the player takes damage while under Power Yield the cooldown of Battle Focus/Explosive Fuel is reduced by 3 seconds. This effect cannot occur more than once every 3 seconds.

With those new additions out of the way, we move on to tacticals. The first, Flying Fists, makes it so Stockstrike/Rocket Punch and Shockstrike/Flaming Fist now have a range of 10m. Players get access to this tactical from Daily and Weekly mission reward crates.

Neural Trigger makes it so dealing damage to an enemy affected by the Neural Jolt/Neural Dart abilities stuns them for 2 seconds and ends the taunt. This tactical is gained from crafting, this time through Cybertech.

The Second Contract tactical makes it so Harpoon/Grapple gets two charges and finishes the cooldown of Stockstrike/Rocket Punch and Shockstrike/Flaming Fist. This tactical is gained from PVP equipment crates.

Sonic Heal is an odd tactical for a tank build since it makes it so Sonic Round/Sonic Missile heals all allies around its target. This tactical is gained from Conquest equipment crates.

Moving into the tank disciplines, Shield Specialist and Shield Tech, Hotswap makes Transposing/Translocating a guarded target gives them a large amount of damage reduction for 6 seconds, taunts enemies, and places a benign presence on the player. After 6 seconds, the player swaps back. This tactical is gained from defeating Flashpoint bosses.

Moving into one of two DPS disciplines, the Tactics and Advanced Prototype disciplines increase DOT damage.  Energized Blade makes Gut/Retractable Blade’s bleed effect deals more damage the more Energy Lode stacks the player has. Energy Lode stacks also increase the damage of Gut/Retractable Blade by 25% per stack (up to 100% more damage), this effect lasts 10 seconds and is refreshed when Energy Lode is gained. This tactical is gained from Flashpoint bosses.

Flame Detonation has dealing damage with Ion Wave/Searing Wave or Explosive Surge/Flame Sweep to a target affected by a pre-exploded Assault Plastique/Thermal Detonator causes it to explode, creating a large explosion and dealing damage to all nearby enemies. This tactical is gained from Flashpoint bosses.

Powerlode makes it so Power Yield instantly builds 4 Energy Lodes. Getting critically hit while under Power Yield builds an Energy Lode. This tactical is gained from defeating Operation bosses.

The final disciplines, Plasmatech and Pyrotech, grant burst damage, and their tacticals improve this.  Explosive Weaponry makes it so during Battle Focus/Explosive Fuel, Shockstrike/Flaming Fist, Ion Pulse/Flame Burst, and Plasma Flare/Immolate do damage to all nearby targets and Ion Wave/Searing Wave hits twice. This tactical is gained from operation bosses.

Superheated Fuel makes it so Battle Focus/Explosive Fuel increases all elemental and Kinetic/Flame attacks critical chance by 100%. This tactical is gained from defeating Flashpoint bosses.

Tacticals have increased player capability across the board, with players seeing which is best for their individual playstyle.  And sooner or later, there will be guides on which tactical is best for which job.

'Halo Reach' Is Arriving On Steam At 1300 EST On December 3rd; No Midnight Release For Anxious Fans