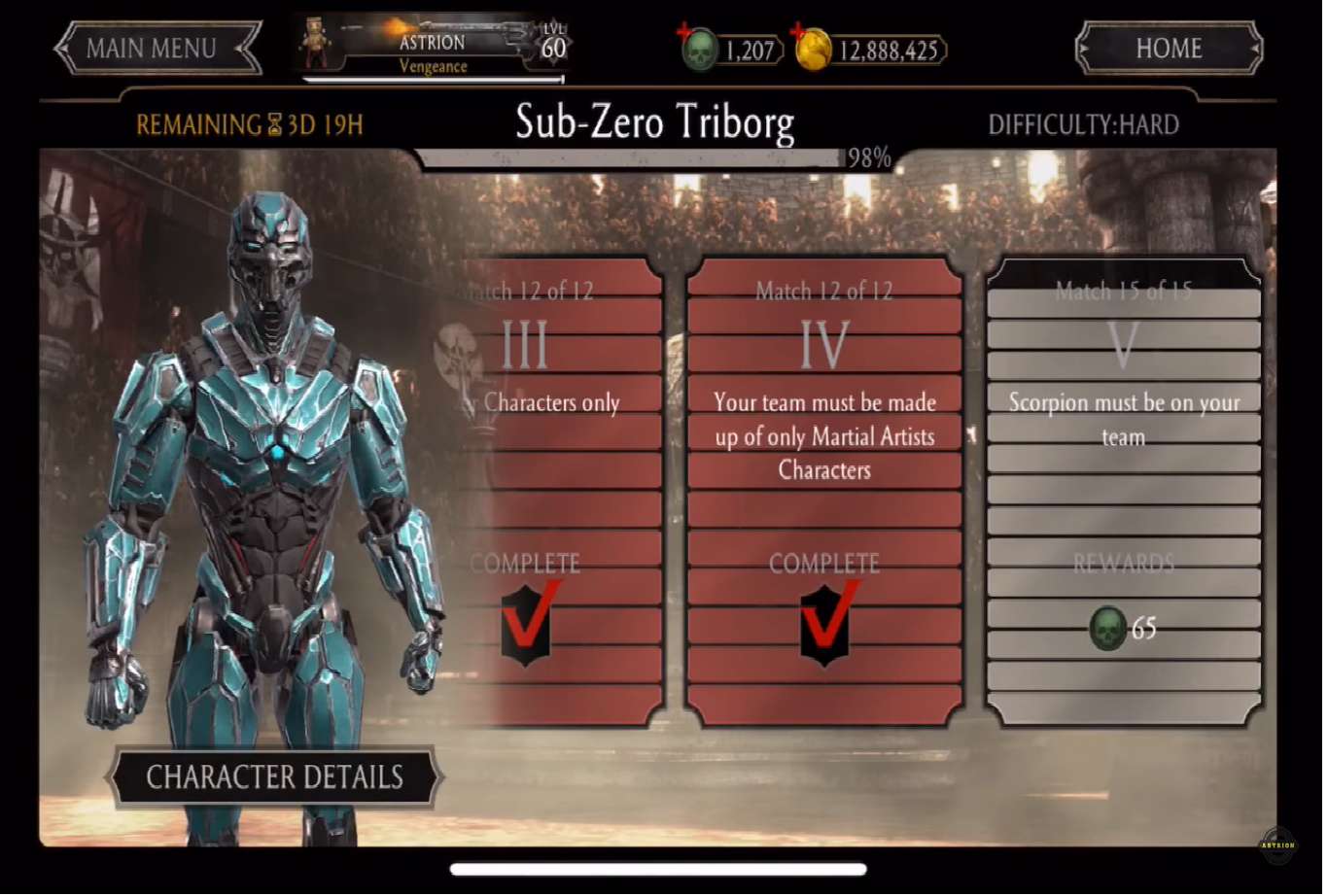 Triborg’s character is the more interesting of the two. Initially, Triborg came out with the three classic cyborg characters, Cyrax, Sektor, and Smoke. Each of these three was a variation in Mortal Kombat X and was based around their classic portrayals with their unique special moves, something unique in Mortal Kombat X’s roster. But thanks to player requests, a fourth variation, Sub Zero from Mortal Kombat 9, was added as the “no variation” version of the character, which required a special button press code in order to access for all characters. For most, the “no variation” version had less special moves and combos, making them a choice for advanced players. But for Triborg Sub Zero, this code was used to grant access to the Sub Zero variation.

And it is this variation that is the basis for Triborg Sub Zero in Mortal Kombat Mobile. Like the actual Sub Zero characters, all his specials involve freezing, save for the X-ray, which is the common thread for all the Triborg versions.

And with this series of towers, players can complete their daily objectives. These five towers function as the regular towers that players need to win 12 matches in the single-player tower to complete three objectives.

The Shao Kahn towers function differently. Instead of fighting running down stamina reserves, players fight up to 15 matches without having their fighters heal after each match. Victory in these towers grants relic fragments, which, once the meter at the top of the screen reaches 100%, players can unlock one tier of Shao Kahn.

Shao Kahn is based on his appearances in Mortal Kombat 9, though his voice actor from Mortal Kombat 11 voices 3 of the four post-battle taunts. Shao Kahn is slow, but very powerful, and starts up with two of his three special moves available to him at the start of the match, one more special move available for other characters that start with specials at the start of the match.

Shao Kahn’s towers do not, unfortunately, count toward the 12 single player matches needed to complete the objectives.

Mortal Kombat Mobile continues to offer rare characters in their weekly towers, and even though the game is buggy at times, the towers offer a way to get characters that are hard to get from the card packs. If a player wants either of these powerful characters, they’ll want to complete these towers.

Steins;Gate: My Darling's Embrace Spin-Off Launches Outside Of Japan