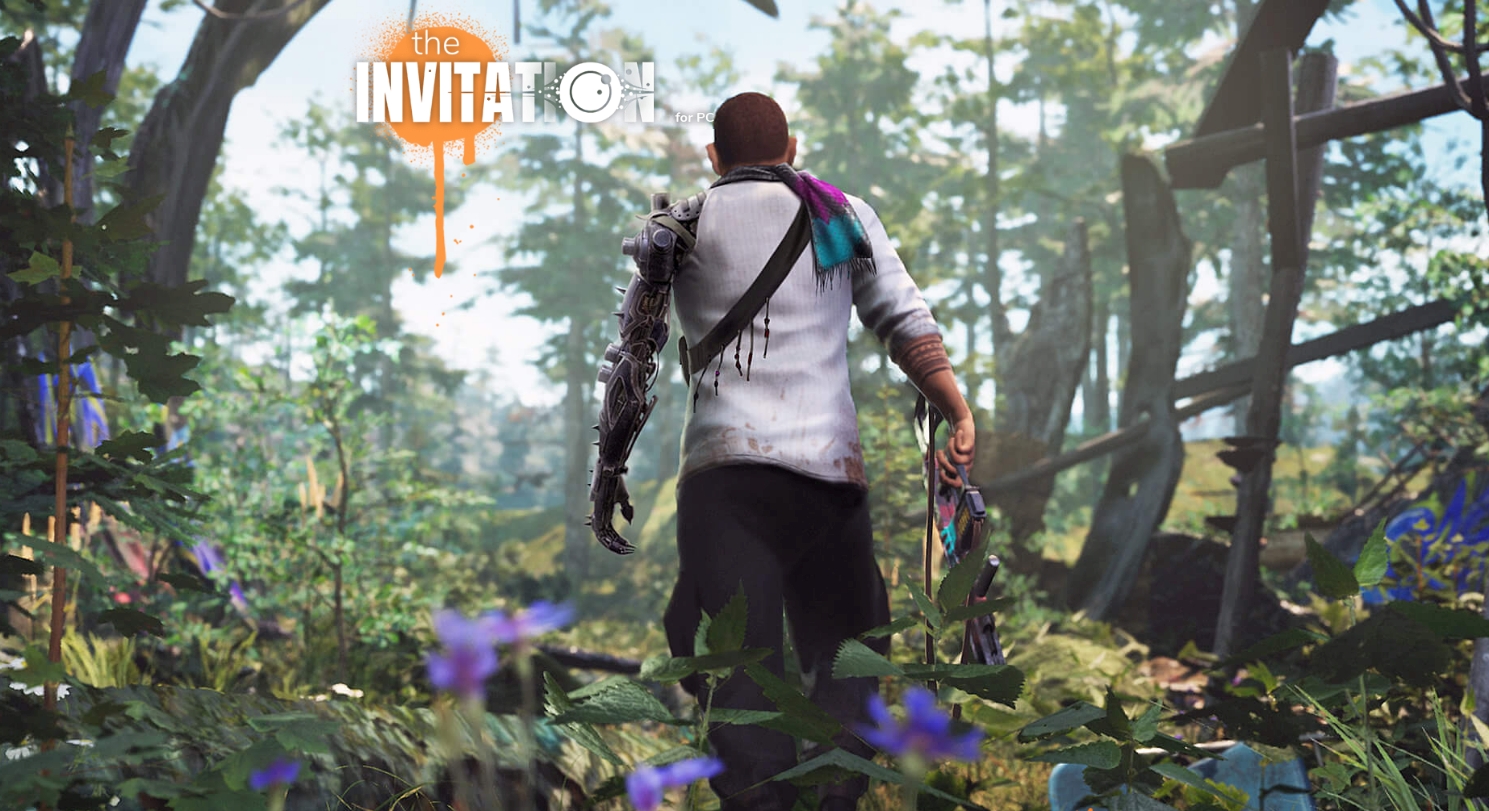 Developer Tool1Games has announced a new first-person MMO called The Invitation focused on maximizing player interaction. The game was announced with a reveal trailer showcasing various environments, such as a forest, shacks, and mountain ridges.

In the outlands, the residents have created their own laws to survive. That may mean fighting for control of pieces of land that may hold factories or data centers. While groups fight against each other, those who choose to play solo can loot where ever possible.

“You find yourself in the rundown countryside of Eastern Europe in 2081. Since an advanced alien civilization connected humanity to an interstellar transport network, mankind localizes in metropolises and enjoys the benefits of the changes after The Invitation in 2053.” states the official website.

The Invitation focuses on PvX, or player vs. player vs. environment style gameplay. When random events start, no one knows what to expect, but eventually, everyone starts fighting for the precious loot. These random battles are the only way that players can uncover new items.

While some invitations to battle are random, players have the opportunity to generate quests as well. Players can manage a list of various quests on the UI and use a drone transport system. Players can also make enemies fight each other with a Bounty system that puts a target on another’s head.

The official website lists some of the events to come. The first event features the Junk Eater, an AI-controlled enemy that searches for hidden items. “However normally this alien is a nice and gentle creature, only fighting for its own survival while trying to clean the environment from trash and waste left by the planets dominant intelligent lifeform.”

Other events coming in the future include Scare Crawlers, an alien predator that hunts for food in groups that will happily infect anything in its path.

Contrabandistas are a dangerous gang who smuggle and store illegal commodities within the outlands. Players can either attack the group or wait until they’ve hidden the goods and try not to get caught stealing their property.

The Invitation will also include some vehicles like trains or planes. These larger transport options carry bigger items but will need extra care, such as making sure their power supply is protected.

The Invitation is still in development and doesn’t have a release window yet. The only platform the game has been announced for is PC.