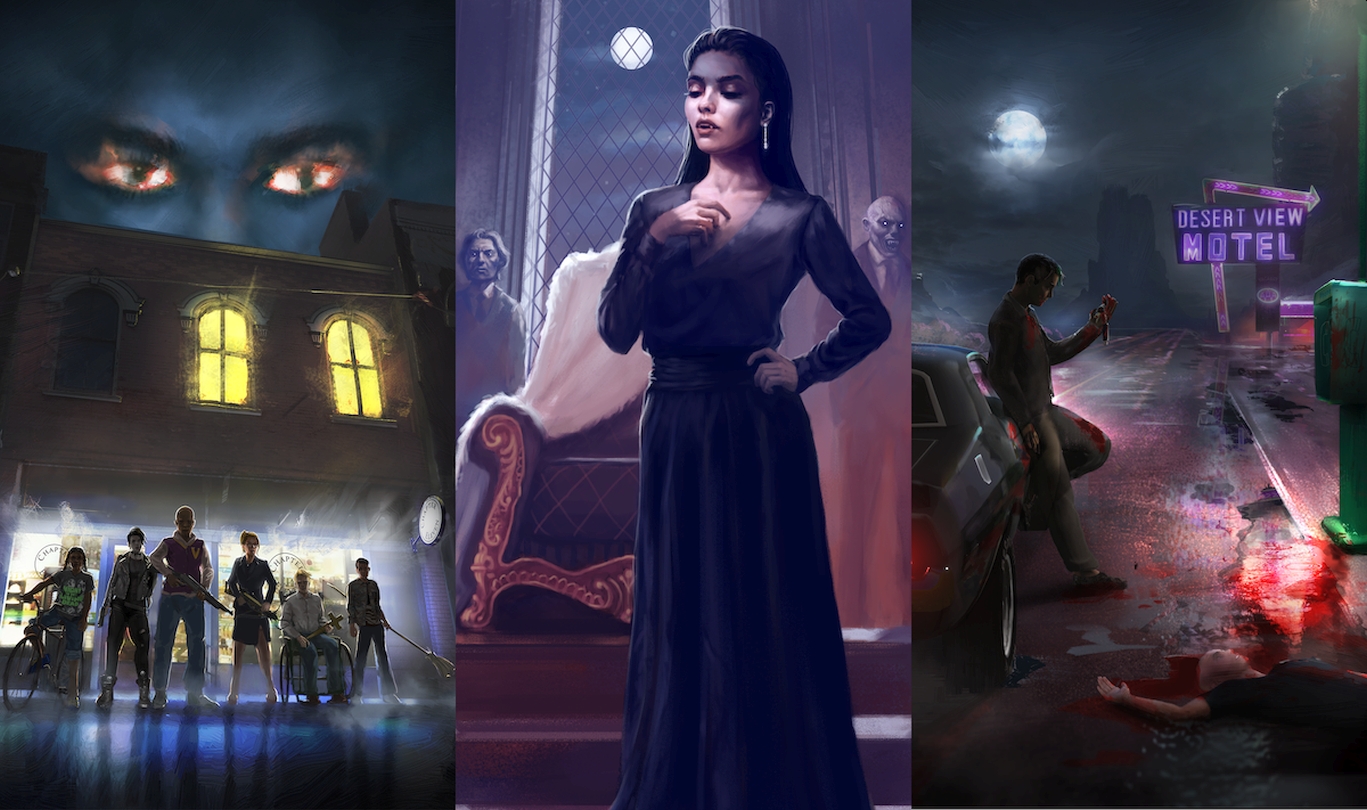 Gamebooks are a series of “choose your adventure” stories. Players choose the path of the story. The stories are all entirely text-based and have no graphics or sound effects. It’s similar to simply reading a book but with some interactive elements.

The team has announced three novels in the Vampire: The Masquerade universe: Night Road by Kyle Marquis, Out for Blood by Jim Dattilo, and Parliament of Knives by Jeffrey Dean. Each story was accompanied with a short 1:30 video summarizing the stories.

Night Road by Kyle Marquis is the first story that will be released in Summer 2020. For ten years, the protagonist has raced between the desert in-between cities across the American Southwest to deliver precious supplies and information. An old friend suddenly reappears but not to catch up– they intend to disrupt the blood trade, which puts the player’s business at risk. Players can choose from a male, female, or nonbinary character.

Out for Blood by Jim Dattilo is planned for release in Spring 2021. Players take on the role of a vampire hunter who fights to save their town, Jericho Heights (located on the outskirts of Chicago) from a century-old vampire named Chastain. Players can choose to hunt vampires, study them, or try and be Embraced. The story introduces romances with either human or vampires.

Parliament of Knives by Jeffrey Dean is the last story and is scheduled for release in Summer 2021. Players choose from three different clans that have different gifts and command a manservant and ghoul. Players have to find out why the undead Prince of Canada’s capital city has disappeared. A vampire the player has been loyal to Eden Corliss, wants more information, but this could also be a prime opportunity to take their place.

The gamebooks will be available to pc and mobile players. Choice of Games often releases on multiple platforms, but a console release is not expected. Players can add the game to the wishlists on Steam now or subscribe to Choice of Games’ newsletter to receive information about the games.

The Vampire: The Masquerade gamebooks will be available on PC via Steam, iOS, and Android.