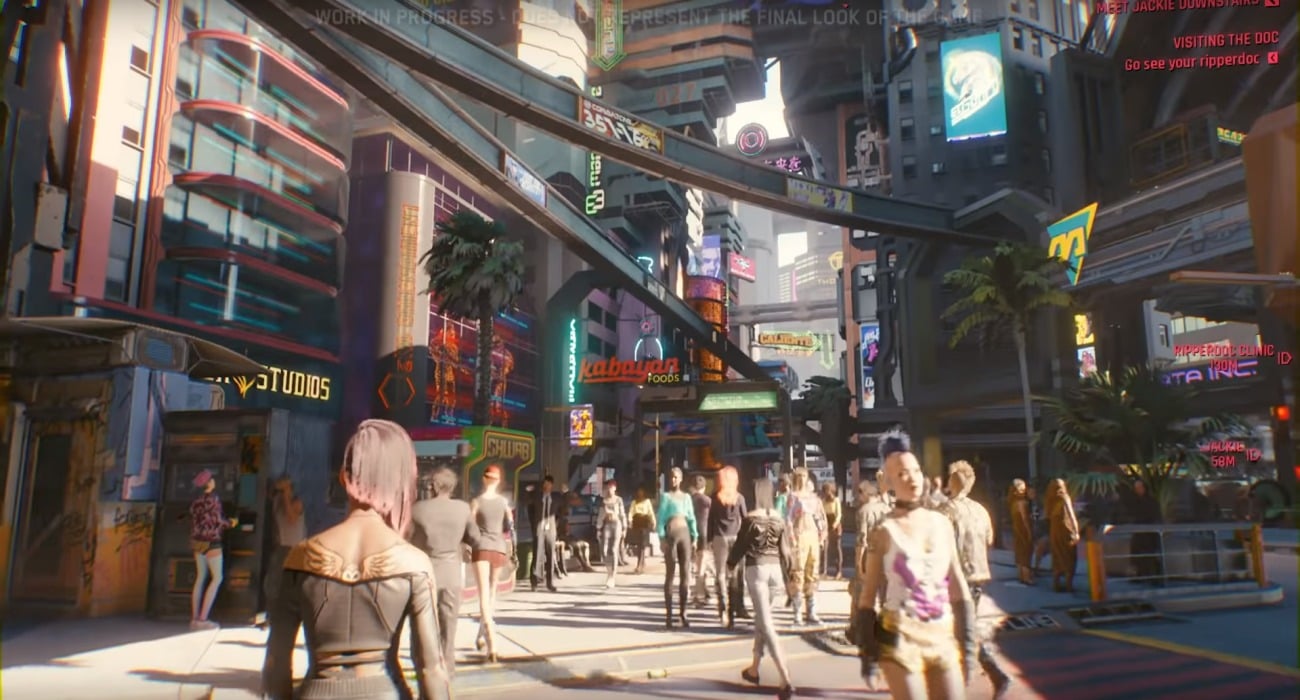 We live in a pretty interesting time right now in terms of politics. It seems you can’t go anywhere without hearing opinions from the left or right, whether it deals with the economy or global warming. This political climate has leaked into video games as of late. We’ve seen a lot of games broach political-oriented topics in hopes of stirring a debate and getting gamers involved in the story.

Politics appear to be prominently featured in the highly anticipated Cyberpunk 2077. That’s according to the creator, Mike Pondsmith. The main themes in the game will revolve around a cautionary tale about technology, power, and the distribution of that power.

This political approach seems like that of the Deus Ex games. In these games, augmentation was rapidly expanding. More and more citizens were augmenting their bodies to become a superior race. With great power, though, comes great responsibility and corruption with such power.

These themes seem to be parallel with what Cyberpunk 2077 is hoping to achieve. We’ve seen some of the augments featured in gameplay footage, such as the ability to zoom in with an eye enhancer and even spider legs that help with mobility. These augments surely will be used in a negative way, as a means to control and gain power over others. It wouldn’t be surprising to see some sort of government conspiracy thrown into Cyberpunk 2077 in some way as well.

Pondsmith did confirm that the game won’t be political in the sense of left vs. right. Instead, the developers at CD Projekt Red are going in a more general direction where everything is political. Technology is supposed to re-address that. Whatever the political climate looks like in this RPG, it could set the stage for a captivating story.

Government secrets and terrorist groups would be interesting subject matter for the developers to address. It wouldn’t be surprising to see CD Projekt Red tackle some political issues that are currently going on at this present moment, in fact. It would certainly draw gamers in, making them want to find out what direction the game goes in with their created character.

Cyberpunk 2077 is shaping up to be an amazing game. So much time and passion have been poured into it, which should lead to an amazing end product. If the developers get the story elements right, it wouldn’t be surprising to see this game become one of the greatest open-world RPGs of all time. It’s all so exciting.