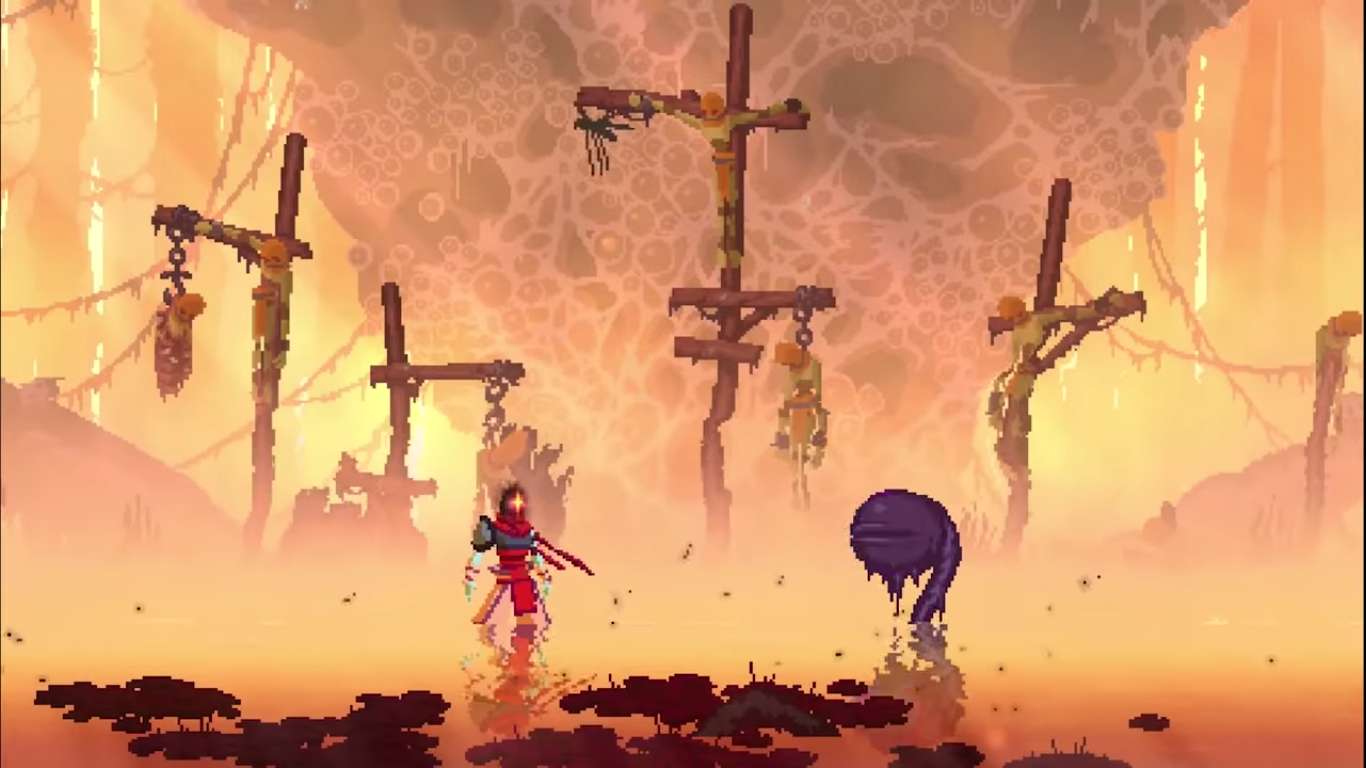 Dead Cell has a DLC pack coming up titled “The Bad Seed,” which will expand the already huge rogue-lite Metroidvania style game. The DLC is adding two new territories for fans to explore with new monsters, challenges, and more to be found within. This is the first DLC expansion to the game and is coming along with the 1.6 update.

After the game left Early Access in 2017, the game has received 16 free updates. The most recent update titled “Legacy” brought back features found only in the early versions of the game. Every update has brought the game closer to its overall potential and helped fix problems found by fans. Now, a new DLC will raise the stakes and bring a whole new set of bugs and opportunities for the ambitious players of Dead Cells.

The Bad Seed DLC is adding some more weapons to the game to help deal with the new enemies. These enemies will be appearing in early-game biomes along with a “conceptually unique armory.” There are also reports of a new mushroom companion being added that will help you along your quest.

The new biomes are the Arboretum and the Swamp. These will appear as alternatives to the Courtyard/Toxic Sewers and The Ramparts/Ossuary/Ancient Sewers. This will give players a new path to choose early in the game-changing the route they would take to victory. The developers describe it as something that will “spice up your early game runs once you’ve played through the core game.”

The developers do not plan to stop releasing free updates to the game despite the paid nature of the DLC. The goal is for players to have a more expanded game and guarantee that the developers have time to make their next game something amazing for fans to enjoy.

Dead Cells is an action game that requires a special level of skill. While the beginning presents the game as deceptively easy, it quickly evolves into something that takes tons of practice to master. It truly brings a new meaning to the title “roguelike,” presenting a unique challenge that you won’t find anywhere else.

The Steam page is already up for The Bad Seed. There, players can find out more information about the upcoming DLC release. The developers are holding an AMA on Reddit on the same day of the DLC packs release, February 11.

The DLC will be sold for $5 with a bonus discount to anyone who currently owns a copy of Dead Cells.

Dec 22, 2020 Jeremy Green 5810
The roguelite Dead Cells has made a pretty big impact since releasing in 2017. It has great re-playability, beautiful visuals, and a challenging...

Dec 2, 2020 Jeremy Green 5850
The roguelite Dead Cells has been out since 2017, but in that time has only received one paid DLC. That's about to change fortunately for fans of...

Nov 22, 2020 Jeremy Green 4390
Dead Cells has been one of the more memorable roguelite platformers in recent memory. It does a great job at attracting players with its...