Mario Kart Tour’s Valentines Tour Has Been Revealed With A Brand New Trailer, New Costumes, Karts, And More For The Most Romantic Day Of The Year 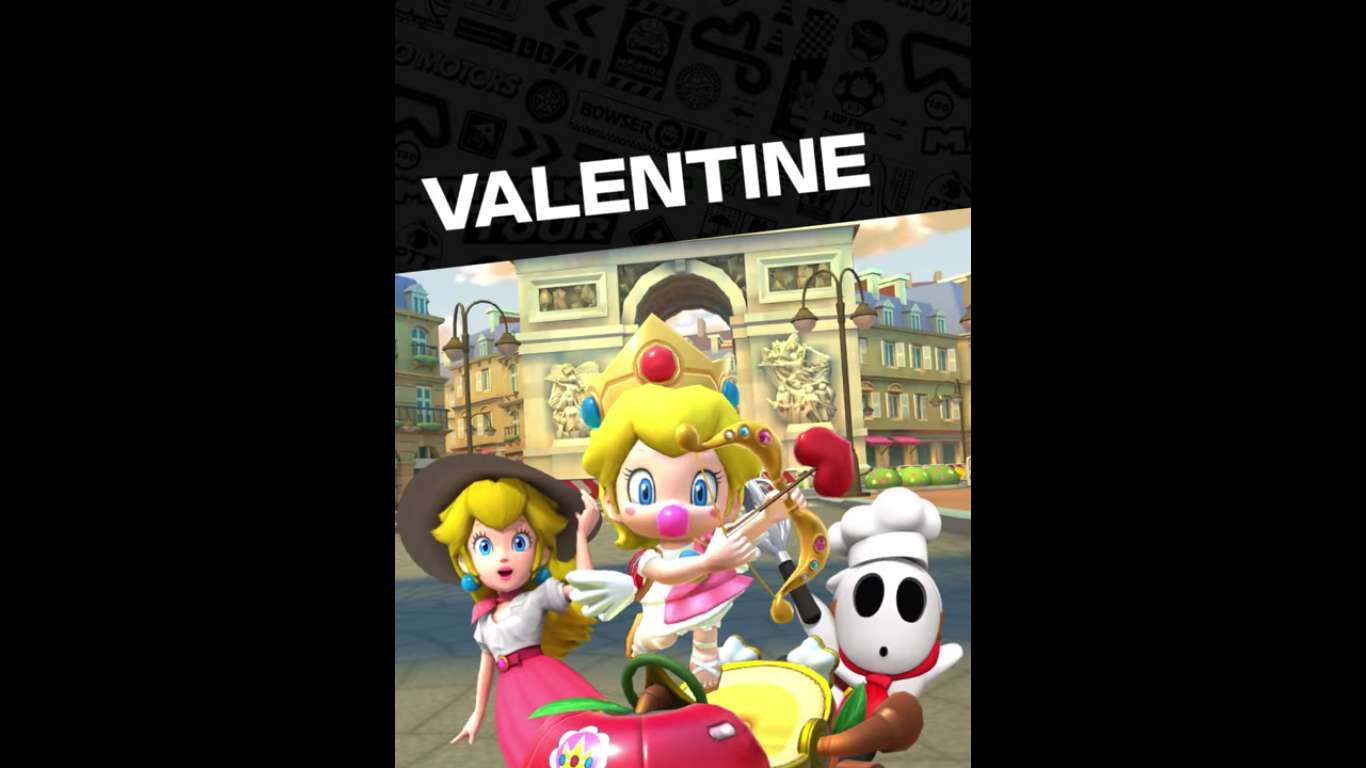 February is right around the corner, and Mario Kart Tour is getting into the Valentine’s day spirit early. A new trailer has just been released showing off some new skins and some fun extras. The game is headed back to Paris for a special exploration into the city of love. A new character is, sorta, making an appearance just in time for this romantic season.

The update is adding a Cherub Baby Peach complete with a cupid outfit, allowing her to spread love to the track and beyond. Pink Shy Guy, Pastry Chef Shy Guy, and Vacation Peach will also be appearing on this track. Paris Promenade will be returning as well as Choco Island 2, Koopa Troopa Beach, and the Toad Circuit.

This will mean that there are now five variations of Peach within Mario Kart Tour. Between Baby Peach and Peach, there are tons of variations to choose from in the game. No other character has as many forms and variants as the mushroom kingdom’s royal princess.

Although the tour is named Valentine’s Tour, it actually does not extend into Valentine’s Day. The event starts today and is proceeding until February 12, where the game will no doubt announce their next event. As with every event, players should try and earn as many stars as possible so they can unlock exclusive rewards from the single-player cups.

If you log in before February 5, you will be able to claim five free rubies just for logging in. These rubies can be used towards the pipes to give players a bonus chance at unlocking additional karts, racers, and gliders for their collection. The game does run on a Gacha mechanic, so be warned that success is not guaranteed within the pipe usage.

Mario Kart Tour continues to spin out constant content of all degrees, making it one of Nintendo’s most updated mobile titles. This game has seen both the good and bad sides fo fan reactions, but the events seem to be smoothing out the problems and helping players enjoy the game as a true Mario Kart experience.

You can find Mario Kart Tour on both iOS and Android devices. The game is free to play, but be warned that it does contain microtransactions in the form of Gacha mechanics.