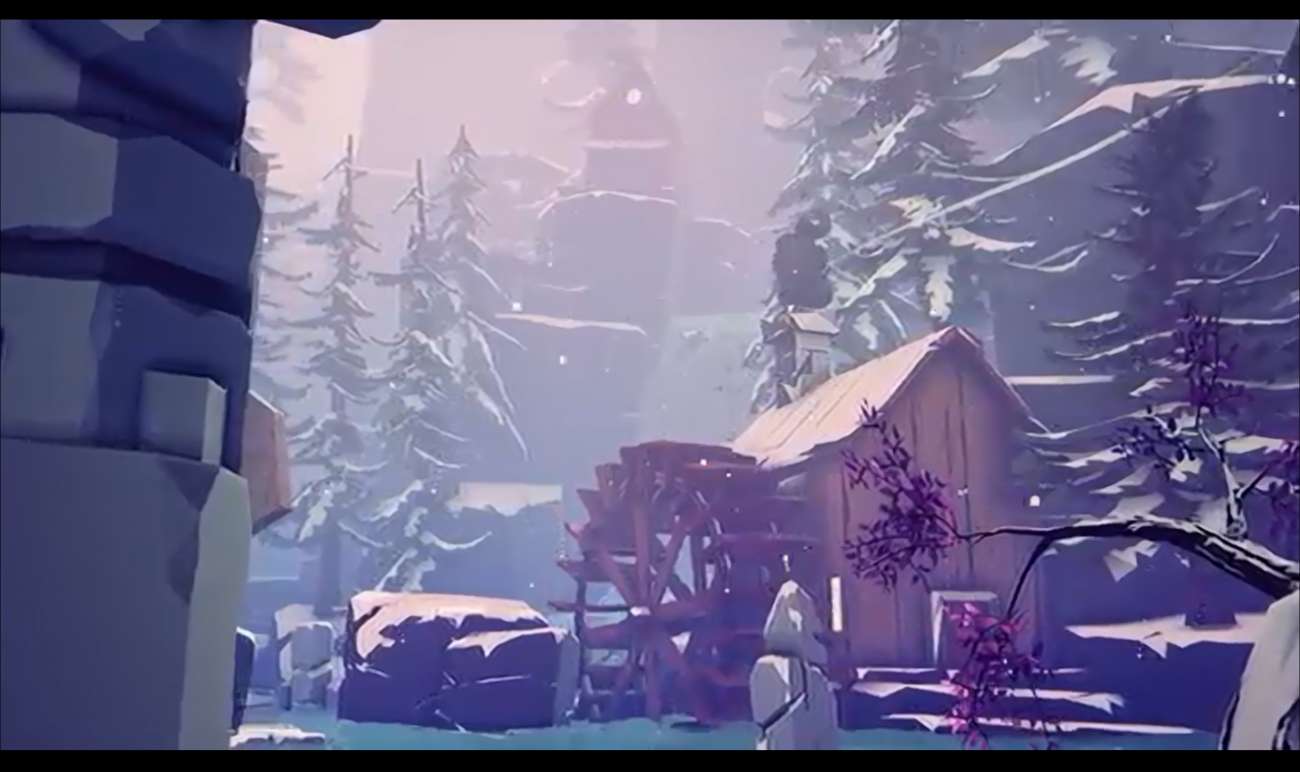 The puzzle genre of gaming is an interesting one. These games don’t have the most action, but they keep you entertained with their difficulty and story. Such is the case for The Sojourn, a first-person puzzle game developed by Shifting Tides.

It’s currently set to come out September 20th on the Epic Games Store. Xbox One and PS4 users also can look forward to the title. To celebrate this unique puzzle game, a release date trailer was just put on YouTube.

Right away in the trailer, it’s worth mentioning the visuals. They look absolutely spectacular. The levels seem massive in scale, featuring tall buildings and other structures. It looks like you’ll be doing a lot of exploring and searching for clues in a fantasy-like world. The environments capture your imagination and immerse you in this incredible story.

There are mountains filled with snow, cascading waterfalls, and mysterious statues that tell their own story. There are a lot of details that jump out right off the bat. It’s clear the developers put a lot of time into designing the various levels and areas. That’s always great to see in a puzzle game. In addition to solving puzzles, you’re excited to explore your surroundings.

The color choices that the developers decided to use in this game also are pretty noteworthy. From bright blues to vibrant purples, the environments feel so full of life. Navigating your character around the different stages could be a fun time in and of itself.

There appears to be some sort of magical force that you’ll follow. It seems to rebuild structures, enabling your character to pass on threw. The puzzle portion of the game seems to involve you figuring out which ways to shape paths that lead to the direction you’re supposed to go in.

Looking at this game’s description on Steam, there appears to be so many challenging puzzles that you’ll have the chance to solve. It’s safe to assume that they’ll only get harder the more you play. Additionally, the reason you’re solving puzzles seems to be to banish the darkness. It has invaded this mysterious city, and it’s up to your character to put a stop to it once and for all.

If you like thought-provoking games or ones purely filled with beautiful elements, then The Sojourn seems like something you’ll want to pick up at launch. Just make sure you have your thinking-cap on.