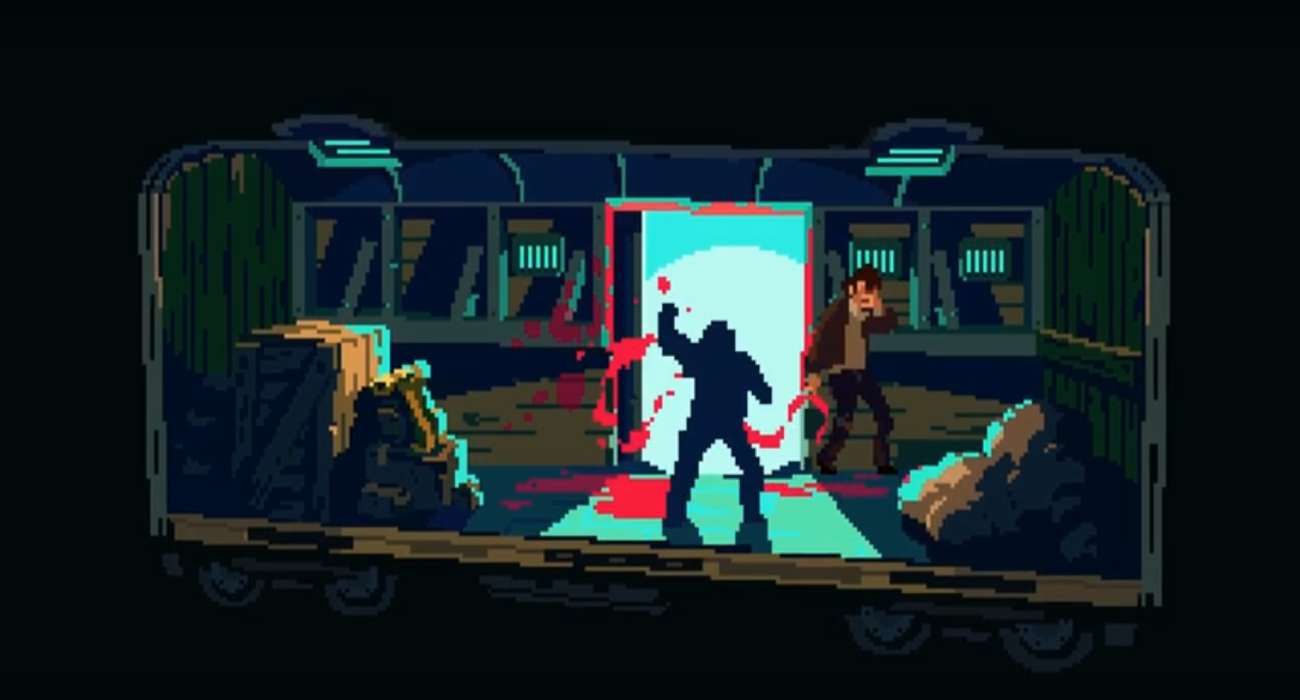 There are a lot of developers that like to incorporate pixel art in their games. It makes their games stand out immediately. Instead of going for in-depth realism, the simple graphics take over and often times have a lot of charm. You can certainly say that about the graphics in The Drifter, a point-and-click action/thriller game.

It has distinct pixel art that really gives this game by Powerhoof a lot of personality. It recently got a trailer announcement that’s short, but gives you an idea of the story and the tones the developers are going for. It starts off showing the unique visuals right away. They honestly look like something you would see in a comic book or maybe even a retro PC game.

The narrator is presumably the protagonist in the game. He’s back to a part of town he swore he would never return to. Upon doing so, he’s killed in an unceremonious fashion. Today just wasn’t his day. The trailer concludes with a Steam Wishlist Now description and a futuristic/ominous score playing in the background.

That’s pretty much all we have to dissect from the trailer, but fortunately, there’s also a description of the game on Steam. As mentioned earlier, the game has a point-and-click design. That’s pretty common for these sort of games. Instead of getting memorized by the combat or intense action, you’re wrapped up more in the story.

Judging by the trailer, it’s a pretty intriguing one. As a drifter who gets murdered, you suddenly find yourself alive just before your death. What strange events or entities have lead you to this fate? Why are you back once again? These are the questions you’ll get to answer as you progress through the game’s moody and dark environments.

The entire time, you’ll wonder if you’re actually dead or if everything has been a dream. You can be sure there’s an interesting plot twist somewhere down the line. In addition to the beautiful visuals, a dark synth score plays in the background. It certainly adds tension to your quests.

It’s also worth mentioning how good the voice-acting is in this game. The man playing the main character has an Aussie accent, which you’ll pick up on right away. It instantly makes him a likable character. It will be interesting to see what sort of other figures you run into as you search for answers related to your death and subsequent resurrection.

Here Are All The Games Coming To PlayStation Next Week, October 28, Xeno Crisis, Antigraviator, Yakuza 4, Twincop