The Undead: Inspire Dread In Your Enemies With Wizards Of The Coast’s Newest Warlock Patron 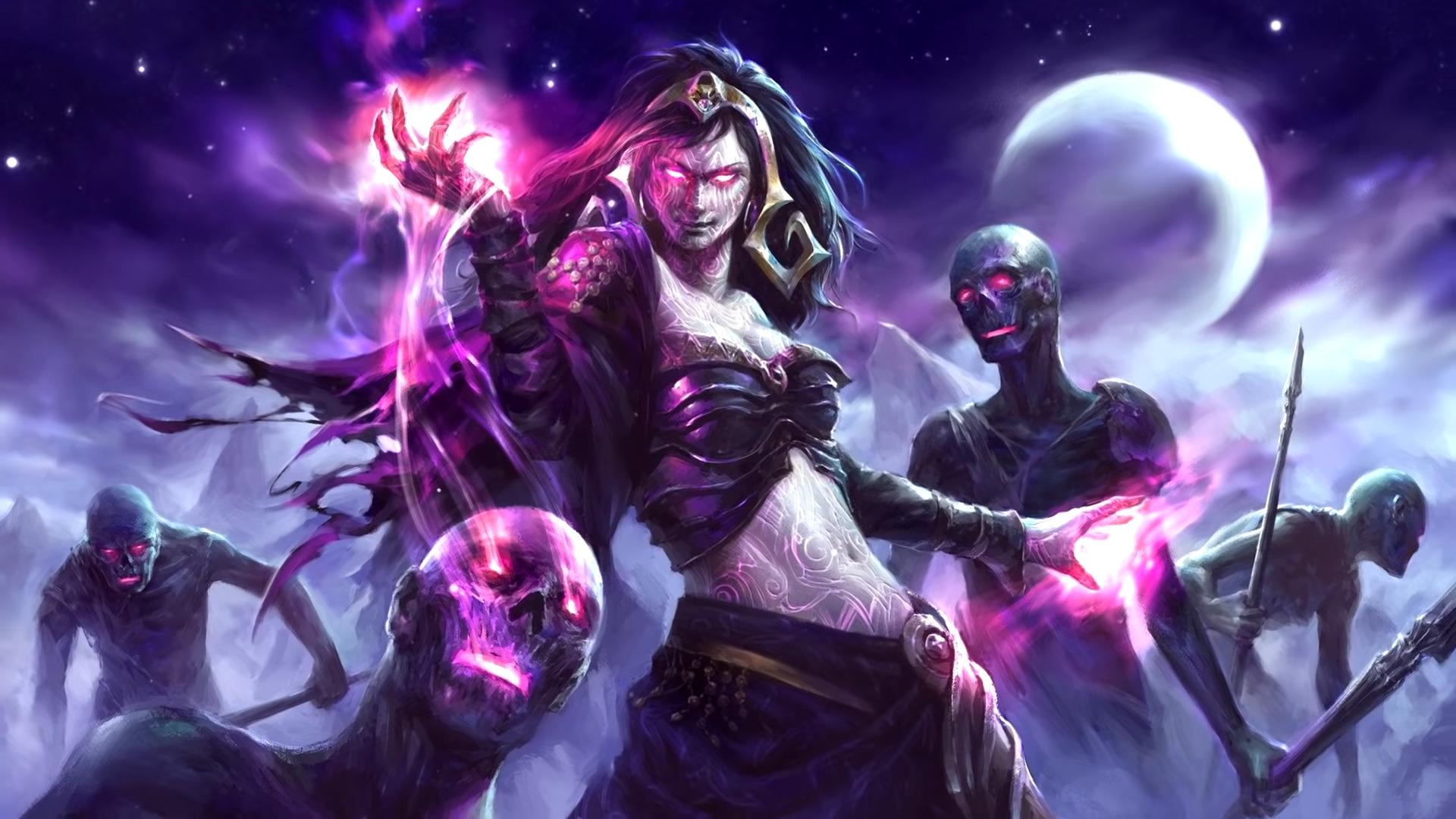 Wizard’s of the Coast’s most recent Unearthed Arcana content update brought the College of Spirits Bard and the Undead patron option for Warlocks. These subclasses bring a sense of macabre that is drastically needed to round out the playable content within the D&D universe.

The Undead patron is a deity or entity that resides in the dark corners of the multiverse. Strahd, Azalin, and Lord Soth are all examples of an entity that can serve as an Undead Patron. The Undead Warlock seems to be focused on DPS and frighten effects with a host of abilities that make the Undead Warlock a force to be reckoned with at melee range.

Also at 1st level, the Undead patron gives the Form of Dread ability. As a bonus action you manifest an aspect of your patron and gain the following abilities while transformed for 1 minute:

You gain temporary HP equal to 1d10 + your Warlock level, and you’re immune to the frightened condition. Also, once on each of your turns when you hit a creature with an attack, you can force them to be frightened of you until you start your next turn.

At 6th level, the Undead Warlock gains the Grave Touched feature. You don’t need to eat, drink, or breathe, and you can replace an attack’s damage with necrotic damage. If you do so, you can roll one additional damage die when determining the necrotic damage dealt.

10th level brings the Mortal Husk feature, giving the Warlock resistance to necrotic damage and immunity when under the Form of Dread transformation. Also, if you are reduced to 0 HP, you can choose to have your body explode, dealing 2d10 + your Warlock level necrotic damage to creatures within 30 ft.

You then revive at 1 HP and gain a level of exhaustion. You can’t revive this way again for 1d4 long rests.

Finally, the 14th level feature, Spirit Projection, rounds out the last of the subclass. This ability allows you to project your spirit from your body as an action, gaining the following benefits:

Your spirit and body gain resistance to bludgeoning, piercing and slashing damage. When you cast a spell of the conjuration or necromancy school, the spell doesn’t require verbal, somatic, or material components that lack a gold cost, and you have a flying speed equal to your walking speed, as well as the ability to hover. You can move through creatures and objects as if they were difficult terrain, but you take 1d10 force damage if you end your turn inside a creature or an object. Finally, while you are using your Form of Dread, once during each of your turns when you deal necrotic damage to a creature, you regain hit points equal to half the amount of necrotic damage dealt.

Sony Goes Into Detail On The Amazing Realistic Facial Animations For The Last Of Us: Part 2