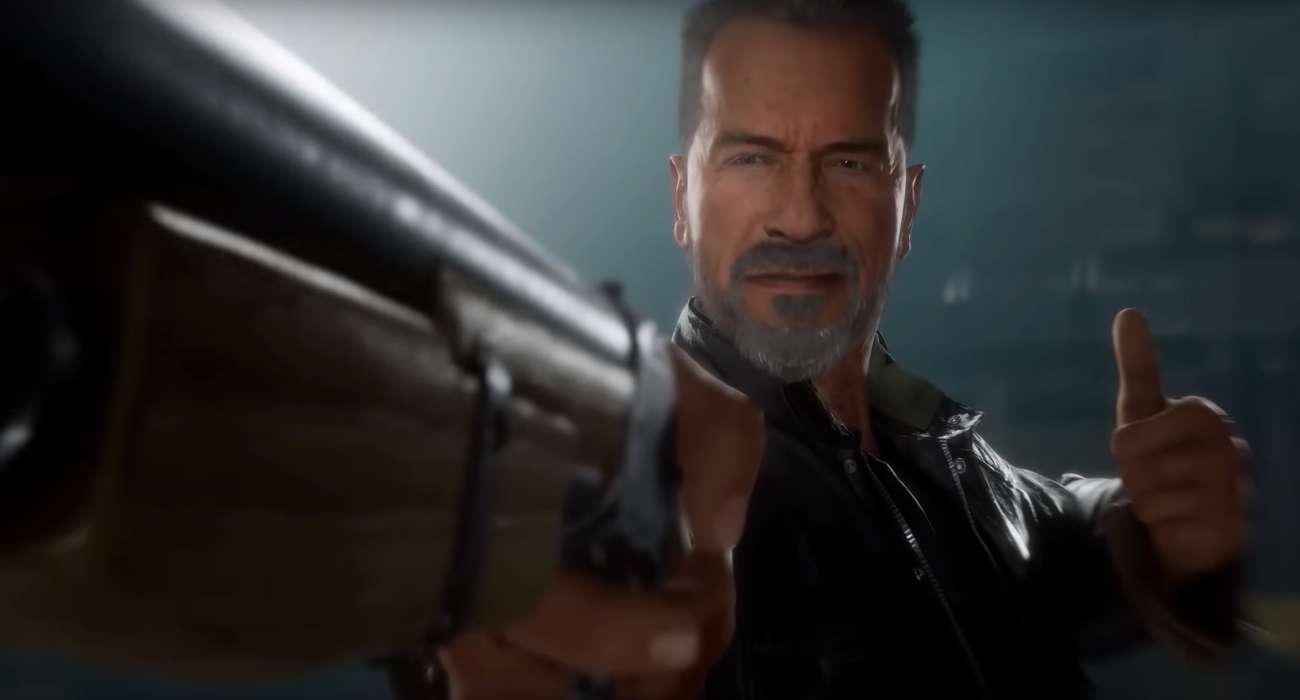 Mortal Kombat 11 has received a lot of great character additions as of late. Shang Tsung has been popular for his character transformation abilities, as well as Nightwolf for his animal spirits. We know NertherRealm studios is currently working on a few more DLC characters, but the Terminator has been on everyone’s watch-list.

Finally, we now know what he’ll look like and have a pretty good grasp on his fighting maneuvers. All of this is possible thanks to an official trailer reveal. Much to many fans’ delight, this Terminator is the Arnold Schwarzenegger version. He’s back baby. Sure, his voice isn’t from Arnold — but his likeness is spot on. It makes sense that NetherRealm Studios wasn’t able to secure voice acting from Arnold. Not only would this probably be expensive, but Arnold is a busy man in case you haven’t noticed.

As far as his character model, it’s like that in the past couple of movies. His leather jacket is on point, he has the bootcut jeans to match, and an unassuming undershirt to top it all off. Now let’s take a look at his moves and special abilities.

What stands out right away is his stature. He has a hulking size like that of Shao Kahn and Kotal Kahn. Like them, he’s more of a sluggish fighter but with powerful combos. The Terminator also is well equipped with an array of weapons, including an Uzi and a shotgun. They do a ton of damage up close.

Despite his slow, methodical movement, he does have the capability of teleporting across the stage. It seems like the perfect move to use when dodging enemy projectiles or to gain a superior position on an opponent. The visuals of this teleportation sequence are just like the teleportations in the movies. NetherRealm Studios is checking off all of the boxes for fans, it seems.

The Terminator also has some sort of purple energy source that works a lot like Jax’s powers. It can blast opponents down and deal a ton of damage with one well-timed hit. There’s one special attack that certainly stands out, where Arnold slams on his opponent’s groin. It’s hard to erase that image.

Now for the grand finale: His fatality. The one shown in the trailer is pretty brutal. Arnold shoots Jax’s legs at the knees and then teleports the remaining portion of his body to the future. Jax is swarmed by other T-800s. One eventually shoots him through the chest.

The Terminator will be available on October 8.

Jan 17, 2021 Jeremy Green 4100
The Mortal Kombat games have been absolutely superb these last couple of years. This arcade fighting franchise was always great thanks to the...

Oct 12, 2020 Jeremy Green 6910
Mortal Kombat 11 continues to be the fighter game that just keeps getting better. It already has a lot of amazing elements, like the mesmerizing...