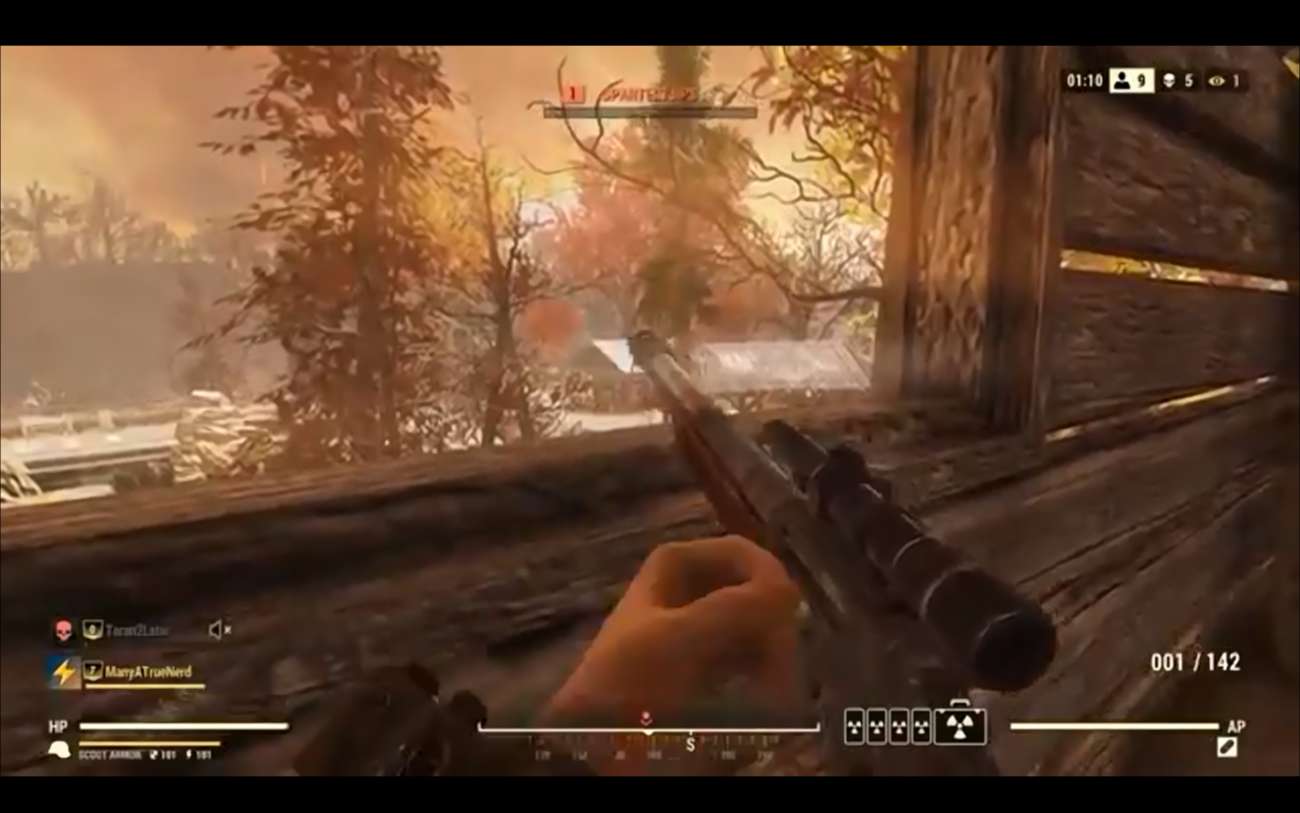 Fallout 76 was a pretty big letdown for many gamers overall. It was pegged as being the next great RPG, featuring wide open areas to explore and adventures to be had. Unfortunately, the game had a lot of major issues.

For one, there weren’t any actual NPCs that you could interact with. Your character was simply directed by audio logs and robots, which as you can imagine, doesn’t leave much to the imagination. There were also a lot of bugs that hindered players from having a fluid experience at times.

The developers at Bethesda Game Studios finally admitted that the game probably came out sooner than it should, which resulted in all of the issues Fallout 76 faced at launch. It’s nice that they were candid enough to admit this, and it seems like they’re looking to do everything they can to restore some good faith with gamers.

Part of this strategy involves rolling out a battle royale mode called Nuclear Winter. This new mode was officially revealed at this year’s E3. From everything that was shown, it looks like a great addition that could get fans to come back to Fallout 76.

The mode is currently in its pre-beta stage. Like most beta stages, they last for a couple of weeks. However, it seems like Nuclear Winter is getting a lot of high praise — so much so that the pre-beta is expected to last for the foreseeable future.

This is an interesting turn of events for Bethesda. It could be enough to attract new users to their highly controversial title. It hasn’t been out for very long, but this battle royale mode seems to be pretty good. Sure, it’s not going to compete directly with the heavy-hitters like Fortnite and PUBG. Still, it’s a good sign if you’ve been a fan of Bethesda’s works over the years.

They can certainly use this positive feedback right now after everything they’ve been through. Nuclear Winter works a lot like the other battle royale modes. You drop into a large map, where you’ll have to scavenge for resources and weapons.

Then, you’ll have to use advanced tactics to gain an edge over your opponents until only one remains. Nuclear Winter seems to have a lot going for it right now, and it will be interesting to see just how long its pre-beta lasts. Until then, users can enjoy it for as long as they want while the mode gets updates regularly.